Shazam! 2 Is Called Shazam! Fury of the Gods

Who are the Gods? 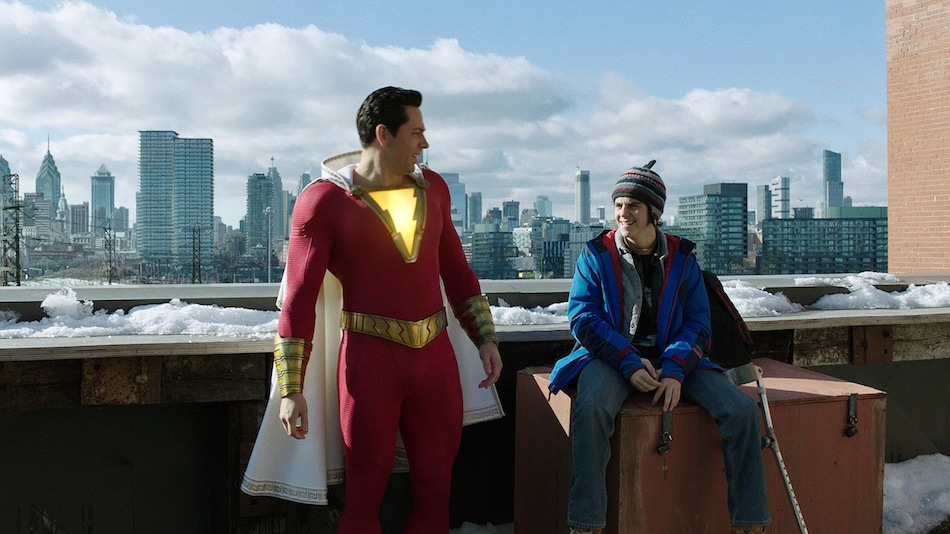 Shazam! 2 now has a title — Shazam! Fury of the Gods. The cast and crew of Shazam! revealed the title for the Shazam! sequel at DC FanDome, through a poster shown by Faithe Herman, who plays Billy Baston's (Asher Angel) younger foster sister Darla Dudley on Shazam!. In addition to Herman and Angel, Shazam! Fury of the Gods will also star Zachary Levi as Shazam!, Jack Dylan Grazer as Freddy, Grace Fulton as Mary Bromfield, Ian Chen as Eugene Choi, Marta Milans as Rosa Vasquez, Cooper Andrews as Victor Vasquez, and Mark Strong as Dr. Thaddeus Sivana.

We have a title! #Shazam! Fury of the Gods
What gods? Why are they upset? Yes! pic.twitter.com/QPGJwjghUx

Shazam! Fury of the Gods doesn't give us much to go on, though the sequel will most likely involve the supervillain team called Monster Society of Evil, given the presence of the talking alien worm Mister Mind in the Shazam! post-credits scene, where Mister Mind paid a visit to the original film's villain Dr. Thaddeus Sivana (Mark Strong) after he was defeated by Shazam! and imprisoned. Of course, it's possible that Shazam! Fury of the Gods is going in a different direction than the one it hinted at with the post-credits scene.

For DC, Shazam! Fury of the Gods is one of the furthest films on the slate. We've the Gal Gadot-led Wonder Woman 1984 currently set for October, James Gunn's The Suicide Squad scheduled for August 2021, the Robert Pattinson-led The Batman — not part of the DC film universe — for October 2021, the Dwayne Johnson-starrer Black Adam slated for December 2021, the Ezra Miller-starrer The Flash for June 2022, and the Jason Momoa-led Aquaman 2 set for December 2022.

Shazam! Fury of the Gods will release November 4, 2022 in cinemas worldwide.