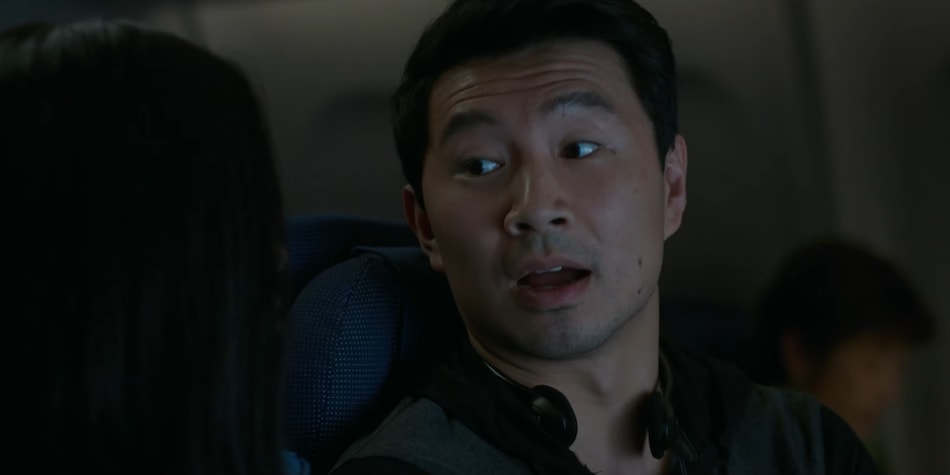 Shang-Chi has a new teaser. With just over three weeks to go for the next Marvel movie's release, Disney and Marvel Studios have unveiled a new 30-second teaser trailer — it's meant to be a TV spot, essentially — that gives us a bit of new action footage alongside a pronunciation lesson. The latter thing involves Shang-Chi's (Simu Liu) American best friend Katy (Awkwafina), who struggles to say his name correctly despite repeated instructions. It seems like Marvel is speaking to the audience here too, in a way teaching them how to pronounce the name of its latest superhero.

“All my life, I've tried to forget my past: my dad, and the Ten Rings,” Shang-Chi (Liu) says in the new Shang-Chi teaser, as we see a young Shang-Chi (Jayden Tianyi Zhang) training by being beaten with sticks. Elsewhere, his dad Wenwu/ The Mandarian (Tony Leung) tells him: “You were meant for greatness. Don't hide who you really are.” There's a new shot of Wenwu delivering a rotating flying kick to his son's face, and slow-mo shots of Shang-Chi dodging Razor Fist's (Florian Munteanu) blades.

The new Shang-Chi trailer also teases a mythical land with phoenixes, before ending on Shang-Chi using the Ten Rings. Post the Shang-Chi and the Legend of the Ten Rings title card, we are thrown into the aforementioned pronunciation lesson. Katy fails to get it right — she either emphasises the wrong consonants or omits the “g” — prompting Shang-Chi to spell it out for her: “S, H, A, N, G—Shang.” She doesn't get it though, as she replies: “That's what I said.”

In addition to Liu, Awkwafina, Leung, and Munteanu, Shang-Chi and the Legend of the Ten Rings also stars Meng'er Zhang as Shang-Chi's estranged sister Xialing, Fala Chen as Jiang Li whose character details haven't been revealed, Benedict Wong as Wong (from Doctor Strange), Michelle Yeoh as Jiang Nan who's a guardian of a mythical city (likely the one with phoenixes), Ronny Chieng as Shang-Chi's friend Jon Jon, and Jade Xu as a Widow (from Black Widow). Abomination returns from The Incredible Hulk, but it's not known if Tim Roth plays him. The masked villain Death Dealer is also part of Shang-Chi.

Shang-Chi and the Legend of the Ten Rings is out September 3 in cinemas worldwide. While there are murmurs of delays due to rising COVID-19 cases in the US due to the Delta variant — Sony Pictures held off on a release date for Venom: Let There Be Carnage in the new trailer — Disney seems confident that Shang-Chi will release, as the new teaser carries the September 3 release date. A release date for India has not been set, even as other studios announce their slates.