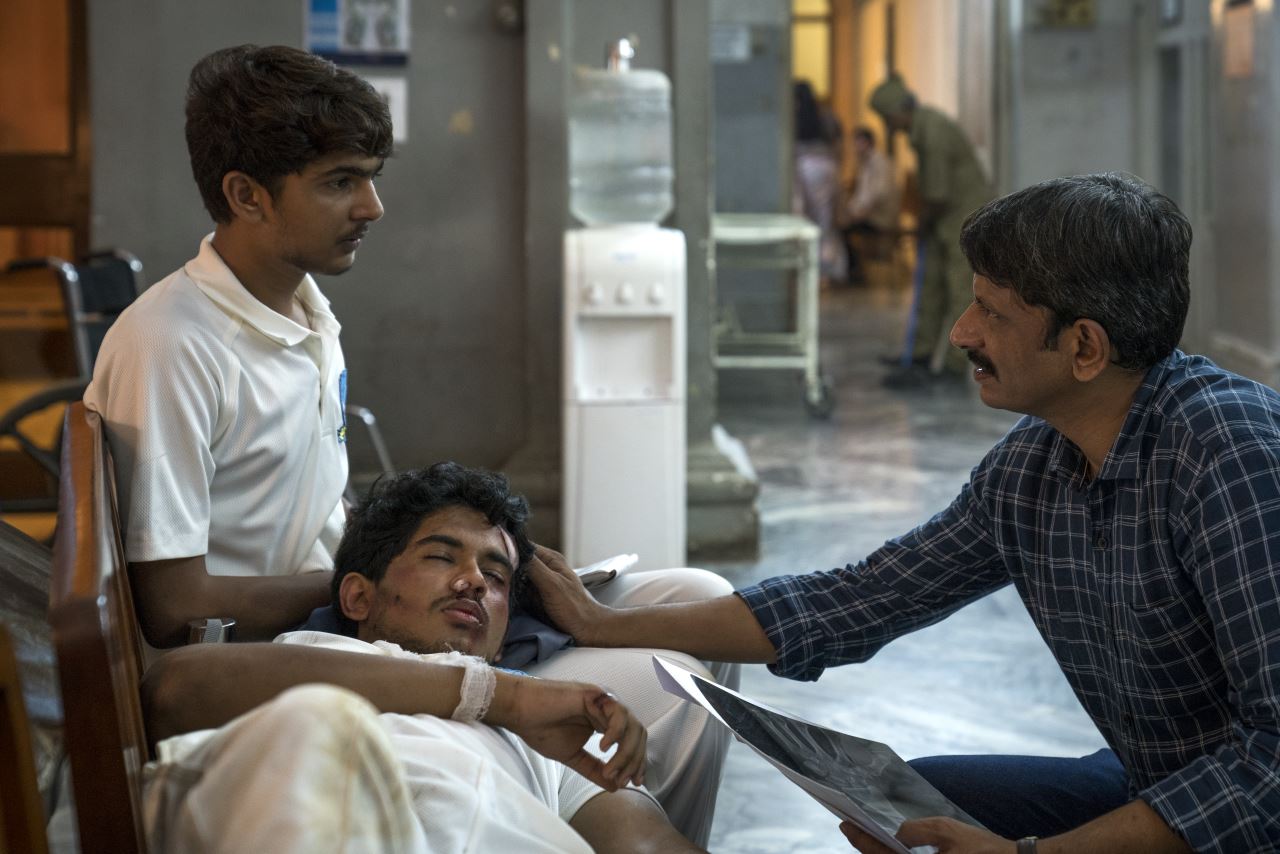 A couple of days on from the surprise announcement, Netflix has released the first look of Selection Day: Part 2, the upcoming second season of its latest original series from India, a co-production of Anil Kapoor Film Company (AKFC) that is based on Indo-Australian author Aravind Adiga's 2016 book of the same name, which follows two brothers — Radha (Yash Dholye) and Manju (Mohammad Samad) — who are groomed and pushed by their obsessive father, Mohan Kumar (Rajesh Tailang), to become the two best cricket batsmen in the world. All three members of the Kumar family are seen in the season 2 first look, seen here at a local hospital.

Spoilers ahead for Selection Day season 1.

The first photo for Selection Day: Part 2 shows Manju and Mohan caring for the injured Radha, who was severely beaten up by thugs at the end of the first season. Selection Day ended on that cliffhanger, without answering who sent said thugs. It could have been their fellow classmate and cricket rival Javed Ansari (Karanvir Malhotra), who was furious at Radha for getting him run out while trying to break Radha's under-16 record of scoring the fastest century off 36 balls. In the season 2 first look, Mohan is holding a radiograph of what looks like one of Radha's limbs, which suggests that his elder son might have to spend some time on the sidelines.

Netflix's official synopsis for Selection Day season 2 says as much: “The story of Manju and Radha continues as they edge closer to ‘Selection Day'. Will Manju follow his dream? Does Radha recover to play the sport he loves? And will Mohan finally give his sons control of their lives?”

In addition to Dholye, Samad, Tailang and Malhotra, Selection Day also stars Mahesh Manjrekar, Ratna Pathak Shah, Akshay Oberoi, Shiv Pandit, Parul Gulati, Vipashyana Dubey, and Pakhi Gupta among others. Marston Bloom (Harley Street) is the creator and showrunner, with Udayan Prasad (The Yellow Handkerchief) and Karan Boolani (24: India) as directors. Anand Tucker (Girl with a Pearl Earring) is an executive producer through his London-based Seven Stories, which produced the series with AKFC.

Selection Day: Part 2 is slated to release April 22, 2019 on Netflix in India and across the world.