Less than a month between theatrical and OTT release. 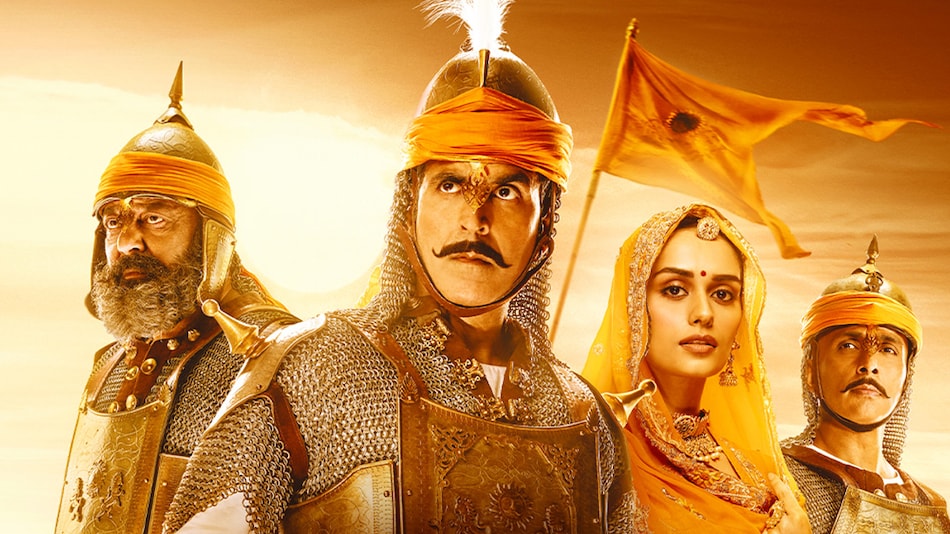 The film, which released theatrically on June 3, will be available to Prime Video subscribers in Hindi, along with Tamil and Telugu dubs, starting from July 1.

That's less than a month from its theatrical premiere, possibly a new record for Bollywood movies. That's no doubt thanks to the film's commercial failure.

Kumar, who played the titular hero of Prithviraj Chauhan of the Chahamana dynasty in the historical drama based on poet Chand Vardai's epic poem Prithviraj Raso, said he was looking forward to share the story with "every household" with its release on the streaming platform.

"In my career spanning three decades, I have never played such a huge historic role,” said Akshay Kumar. "I feel honoured to be able to essay the role of Samrat Prithviraj Chauhan on screen.

"I'm excited to bring this epic saga to every household now with Amazon Prime Video from July 1 and I'm glad that through this medium the inspiring story of a great Indian warrior and a mighty king, Samrat Prithviraj Chauhan, will reach across the globe."

Following Bunty Aur Babli 2 and Jayeshbhai Jordaar, Samrat Prithviraj is the third film to be premiered on Prime Video from the licensing deal with Yash Raj Films.

Samrat Prithviraj is out July 1 on Prime Video in India, and 240 countries and territories around the world.