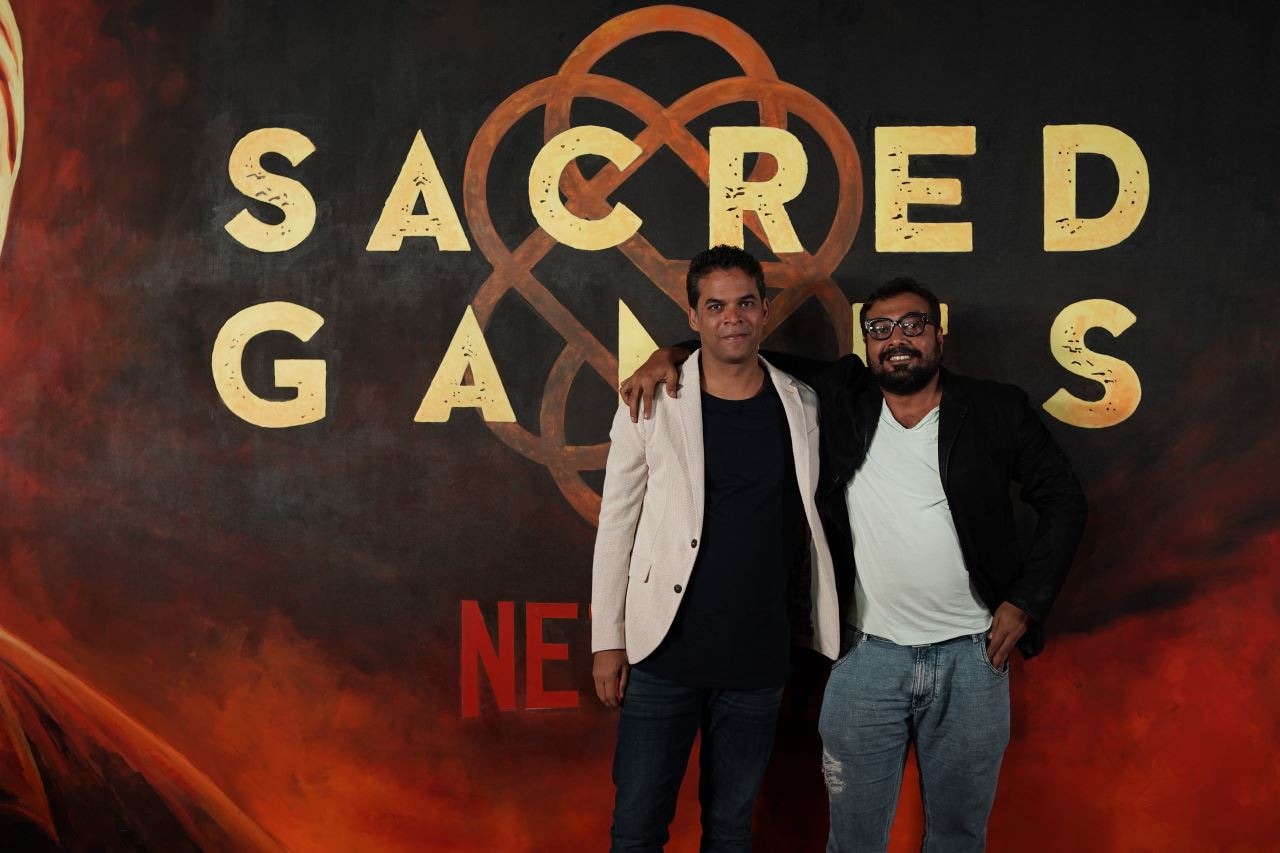 Vikramaditya Motwane and Anurag Kashyap at the premiere of Sacred Games

Netflix will continue to work with Anurag Kashyap and Vikramaditya Motwane on Sacred Games season 2, it told Gadgets 360 in a statement, in the wake of the dissolution of the producing partner Phantom Films — co-founded in 2011 by Kashyap, Motwane, producer Madhu Mantena, and director Vikas Bahl — over sexual assault allegations against Bahl that surfaced earlier in October. Phantom Films won't be credited on Sacred Games season 2 though, since the company is no more.

“After an independent investigation, the results helped inform Netflix's decision to continue with Vikramaditya Motwane and Anurag Kashyap on season 2 of Sacred Games,” the streaming service said in a prepared statement. “We continue to collaborate with our production partners to ensure and maintain a safe and respectful working environment.”

Gadgets 360 has asked Netflix if the break-up of Phantom and the resulting investigation affected the filming schedule for Sacred Games season 2, which was slated to begin production later this autumn. DNA reported Monday that filming had been pushed from November to March, citing unnamed sources. Gadgets 360 had learnt from multiple insiders a few days after the allegations against Bahl surfaced that work on the new season was progressing as usual at Phantom Films.

The latter corroborated the victim's testimony and issued a two-page statement a day later, noting he was “ill-advised” by the legal team on what action they could take against Bahl and admitted he was “perhaps not fit to run a company” given no misconduct clauses were part of the partners' contracts at Phantom Films. And given the limited power they had to get rid of Bahl, Kashyap, Motwane and Mantena chose to dissolve the company itself.

Soon after, two more women including actress Nayani Dixit — who worked with Bahl on the National Award-winning film Queen — accused Bahl of sexually harassing them. Queen star Kangana Ranaut revealed that Bahl made her “deeply uncomfortable” during filming, as he would bury his face in her neck and sniff her hair repeatedly.

Bahl took nearly two weeks to address the matter, which involved filing a Rs. 10-crore defamation suit against Kashyap and Motwane, and asking the court to restrain both from making statements about him to the media or via social media. A few days later, he made his first statement to the Indian Film & Television Directors' Association (IFTDA), claiming the allegations levelled against him were “false, erroneous, malicious, [and] motivated”.

Sacred Games isn't the only erstwhile Phantom Films project that moves on despite the dissolution of the company. Bahl's latest directorial venture, Hrithik Roshan-starrer Super 30 — a Phantom co-production with Nadiadwala Grandson Entertainment, Reliance Entertainment, and HRX Films — hasn't been pulled from release. It is slated to open January 25, 2019 in theatres. Roshan had asked the Super 30 producers to “take a harsh stand if need be” and that it was “not to be hushed or brushed under the carpet”, but the project is reportedly back on track.

Not everyone has fared as well, though. The Mumbai Academy of Moving Image (MAMI), the organising body of the Mumbai Film Festival, pulled two short films individually produced by Kashyap and Motwane, Bebaak and Awake respectively, from its 2018 schedule on the back of the two stepping down from their board member roles at MAMI in the light of their actions — or lack thereof — at Phantom Films. Bebaak writer-director Shazia Iqbal called it a “knee-jerk” reaction, noting her film had nothing to do with Phantom, as it was produced in an individual capacity by Kashyap.