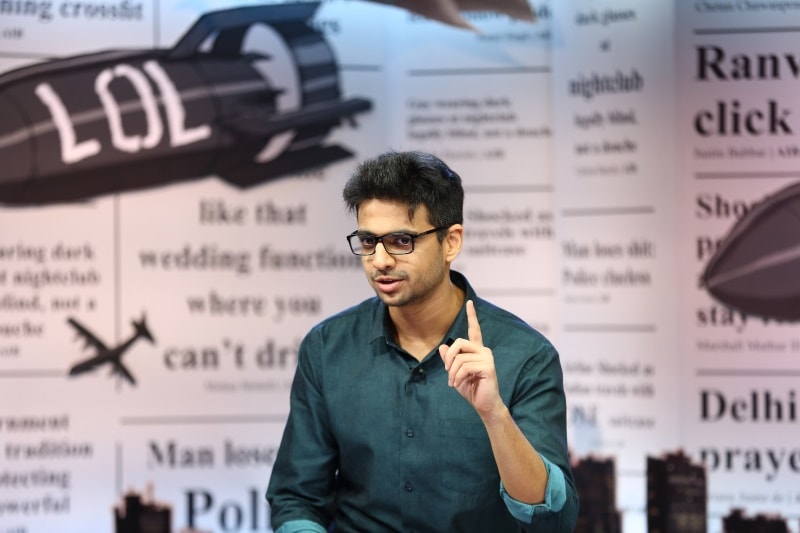 Rohan Joshi in On Air with AIB on Hotstar

Rohan Joshi is working on an hour-long stand-up comedy special for Amazon Prime Video, the comedian and co-founder of comedy collective All India Bakchod (AIB) told Gadgets 360 at the side-lines of an event for YouTube Music in Mumbai on Monday. Joshi wouldn't be drawn out on what the material would be — “It's too early,” he said — but he did reveal that it would be filmed later this year in Mumbai, though a venue had not yet been decided. Production will be handled by Only Much Louder (OML), which has an ongoing deal with Prime Video in India for an annual slate of stand-up comedy specials.

Joshi rose to fame as part of AIB, scripting and starring in several YouTube sketches over the years. And though he is a regular member of the stand-up circuit in India and beyond, this would be his first comedy special. He'll also be the first one among his fellow co-founders at AIB — Tanmay Bhat, Gursimran Khamba, and Ashish Shakya — to create a comedy special for Prime Video.

Bhat served as a judge and a mentor on the first season of Comicstaan, while Khamba created the political satire series Gormint (earlier known as The Ministry), which is in the works. Both were dropped by Amazon — Bhat from Comicstaan season 2 and Khamba as showrunner — over #MeToo troubles in November last year, after respective allegations of inaction over sexual harassment and inappropriate behaviour came to the fore.

Prior to that in October, the two were placed on a leave of absence by AIB, which has been inactive since then. Around the same time, Hotstar also cancelled the satirical news comedy show On Air with AIB in the middle of its third season. Joshi was a co-creator on the series.