Astley was initially annoyed by the idea of Rickrolling, but his daughter later convinced him it was cool to have a little fun. 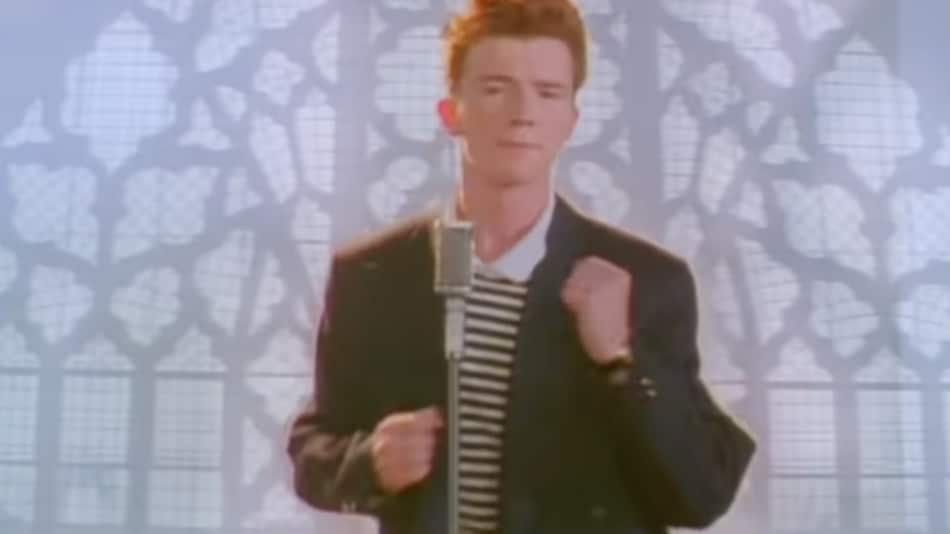 British singer-songwriter Rick Astley's 1987 song "Never Gonna Give You Up" passed one billion views on YouTube. Over two decades after the music video was released, it became an Internet hit when it was used for the now-popular 'Rickrolling' prank. Rickrolling entails making a user click on a disguised hyperlink that ultimately leads to the peppy music video. Those who fall for the prank, in turn, gets “rick-rolled.” On Thursday, the singer posted a video on Twitter, thanking viewers for helping the music video reach the “amazing, crazy and wonderful” milestone.

However, Astley didn't refrain from pulling the prank himself. He shared a link in the tweet that appeared to take users to a page linked to his website but instead, opened up to the YouTube video itself. Well played, Astley.

“So I have just been told that Never Gonna Give You Up has been streamed a billion times on YouTube,” Astley, 55, said. "That is mind-blowing. The world is a wonderful and beautiful place. And, I am very lucky."

A 2016 report by the Associated Press said Astley was initially annoyed by the idea of Rickrolling. But his daughter Emilie later convinced him that it was cool to have a little fun. The realisation later helped boost the singer's profile during his fallow years.

The prank got so popular that a user even edited snippets of former US President Barack Obama dancing and talking to re-create the lyrics in 2008. Watch the hilarious video here:

Nearly 200 videos have managed to get more than a billion views on YouTube until now. The first video to reach that milestone was Psy's "Gangnam Style" in 2012. However, "Sweet Child o' Mine" by Guns N' Roses was the first music video from the 1980s to reach one billion views in October 2019.