Rick and Morty Season 6 Is Already in the Works, Says Co-Creator Dan Harmon

Production is underway on season 5, but no release date set. 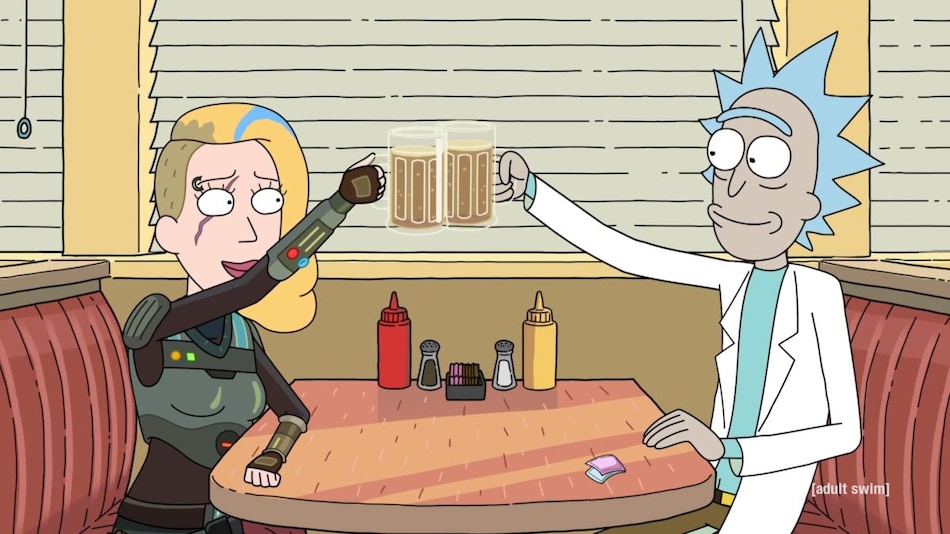 Rick and Morty season 6 is already in the works, co-creator Dan Harmon said during the weekend at Adult Swim Con. The animated sci-fi sitcom finished its fourth season less than two months ago, but Harmon and Co. are already two seasons ahead. Production is currently underway on season 5, in terms of voice acting and animation, while the writers — including Harmon — are developing season 6 over Zoom video calls, with little interruption despite the ongoing coronavirus pandemic. Harmon did note that the process has changed a bit thanks to video calls.

“The short answer is it makes it joyless,” Harmon added. “People are staring at a screen, you kind of have to pay more attention to the endurance of the human brain. Good news is you can only go two hours at a clip. And during those two hours, […] you've to hunker down and go in a parliamentary procedure. Like ‘I'd an idea, I'd this,' and it's less about shouting and yelling and laughing and explosive bliss. That's a bad thing. The irony is, it's a very good thing democratically speaking. […] The material that's coming out of it is as strong, if not better. The outlines are fantastic, it might be a little better, a little sooner.”

That last bit fits in with what Harmon had said last July: “I think it's safe to say without fear of being wrong that the gap between seasons 3 and 4 will be the longest and last time that it's ever so long that it's ridiculous. I don't know how fast we can do it, but I know it will never be this long again. […] Not to get anyone's hopes up, but it is structured into our deal that if we're going strong and fast there are options to deliver more episodes at a time.”

Rick and Morty seems to be on track to deliver season 5 much sooner than one would have hoped, though Adult Swim didn't give us a release date at the show's panel over the weekend. We did get a first look though, for what it's worth.

“I'm so excited about some of the season 5 stuff,” Harmon said at Adult Swim Con. “We're basically done writing it. The only exception is that like Zoom edit sessions where we're at that point of finalising the finale of season 5. But we've got all these writers out to script season 6, and we've spent the last couple of months talking about season 6. It's a crazy situation to be in because this show has kept everyone notoriously behind schedule. The artists have always been waiting for scripts. And now, finally, we're trying to change that game and have them always have something to draw on, while we move ahead.”

All existing seasons of Rick and Morty are streaming on Netflix in India.

OnePlus Nord May Get a Third Colour Variant in Gray Ash, Spotted in OxygenOS Code
Government Bans 47 More Chinese Apps in India After TikTok, 58 Others Banned in June: Report