It’s called “Samurai & Shogun” and it’s exactly as violent as you’d want it to be. 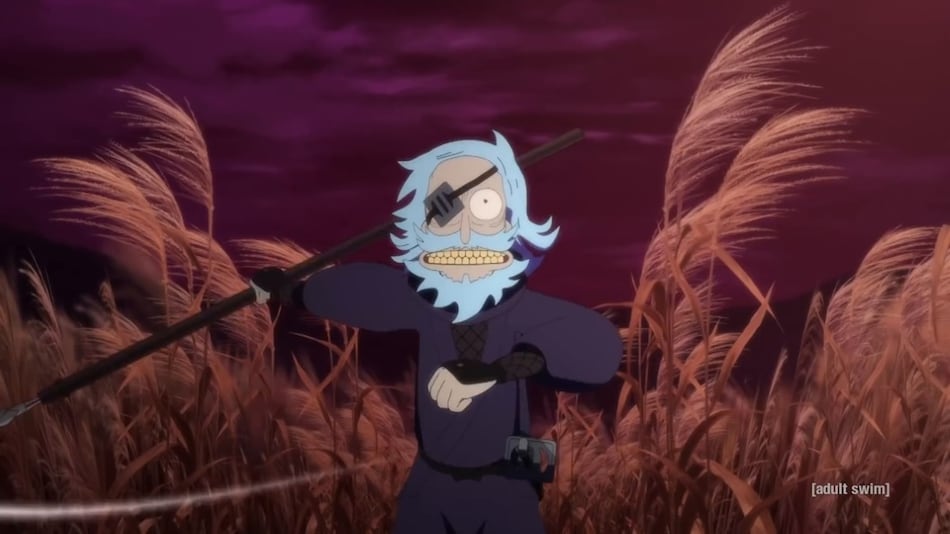 One of the Ninja Ricks in “Samurai & Shogun”

While the second half of Rick and Morty season 4 still doesn't have a release date, its US broadcaster Adult Swim gave us a surprise short film over the weekend called “Samurai & Shogun”, which as you can expect, gives a Japanese-themed makeover to Rick and Morty. In addition to their respective roles — Rick and Morty Japanese dub artists Youhei Tadano and Keisuke Chiba play Rick WTM-72 and Shogun Morty — the five-minute short is made in the anime style by Tokyo-based Studio DEEN, with writer-director Kaichi Satō, producer Koji Iijima, and executive producer Maki Terashima-Furuta.

In “Samurai & Shogun”, Rick WTM-72 and Shogun Morty are travelling through a wasteland when several Ninja Ricks emerge from portals. One of them declares that they've been looking for Rick WTM-72 because he allegedly kidnapped Shogun Morty. Before he can complete his demands though, Rick WTM-72 runs up and starts a massacre, killing every Ninja Rick that steps towards him. Right out of Japanese anime, blood spurts are like fountains and so are the exaggerated screams of the ones dying. Rick WTM-72 takes on all kinds of enemies as “Samurai & Shogun” progresses.

As Adult Swim's senior VP and creative director, Jason DeMarco, has already confirmed on Twitter, the Rick and Morty short film “Samurai & Shogun” is inspired by the Lone Wolf & Cub manga, created by writer Kazuo Koike and artist Goseki Kojima in 1970. When the short premiered on Saturday, DeMarco also revealed that his team “spent a year putting [it] together”.

This isn't the first time that Adult Swim has dedicated itself to producing a themed short that's set apart from the continuity of the series. There was also the Australian-themed one in April 2018 called “Bushworld Adventures”. And we've also had the one where Morty went on a “strange trip” after dropping a vial of LSD in “Exquisite Corpse”.

Rick and Morty episodes — not short films — are available on Netflix in India.