Resident Evil: Welcome to Raccoon City Trailer Out Now in English and Hindi

Coming to Indian cinemas in English, Hindi, Tamil, and Telugu. 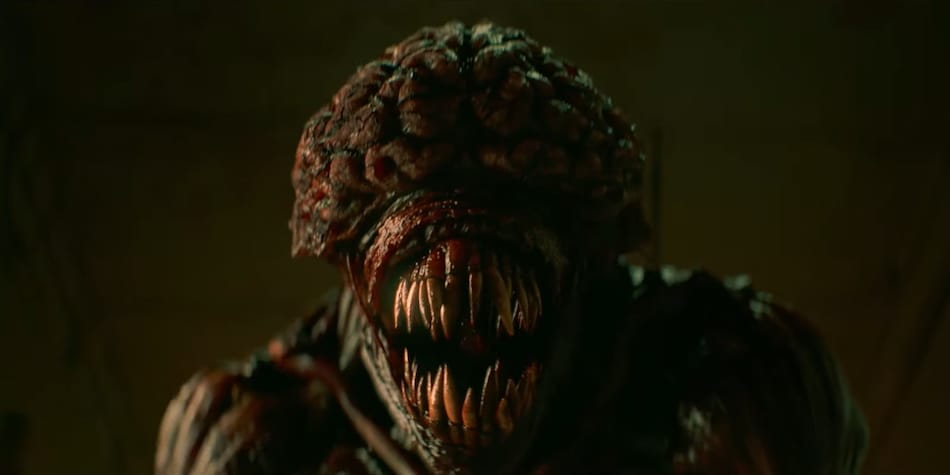 A still from Resident Evil: Welcome to Raccoon City trailer

“Every story has a beginning,” Claire Redfield (Kaya Scodelario) says at the start of the Resident Evil: Welcome to Raccoon City trailer, as we see people stuck in traffic and security in gas masks. Her brother Chris (Robbie Amell) asks why she's back in Raccoon City and reprimands her about her tinfoil hat conspiracies. Claire says they need to expose Umbrella Corporation, who had a Chernobyl-stlye “incident” in Raccoon City, as a guy says on a tape. “People are getting sick,” he adds, as the Resident Evil trailer dissolves into beasts and horror.

Claire, Chris, and the Raccoon Police Department recruit Leon S. Kennedy (Avan Jogia) team up to contain the threat, along with Albert Wesker (Tom Hopper) whom Resident Evil fans will know to be an Umbrella Corporation double agent. The rest of the Resident Evil: Welcome to Raccoon City trailer is made up of action bits and snippets, as the team fights against monstrosities that now plague the town.

Resident Evil: Welcome to Raccoon City is a production of Screen Gems, The Fyzz Facility, Constantin Film, The Tea Shop and Film Company, and Davis Films. Sony Pictures is handling distribution globally, except in Germany (Constantin Film), Canada (Elevation Pictures), and France (Metropolitan Filmexport). The new Resident Evil movie is made on an estimated budget of $40 million (about Rs. 300 crores).

Once the booming home of pharmaceutical giant Umbrella Corporation, Raccoon City is now a dying Midwestern town. The company's exodus left the city a wasteland with great evil brewing below the surface. When that evil is unleashed, a group of survivors must work together to uncover the truth behind Umbrella and make it through the night.

Resident Evil: Welcome to Raccoon City releases November 26 in cinemas worldwide. In India, it will be available in English, Hindi, Tamil, and Telugu.