The best cop chasing the best thief, with help from the best con artist. 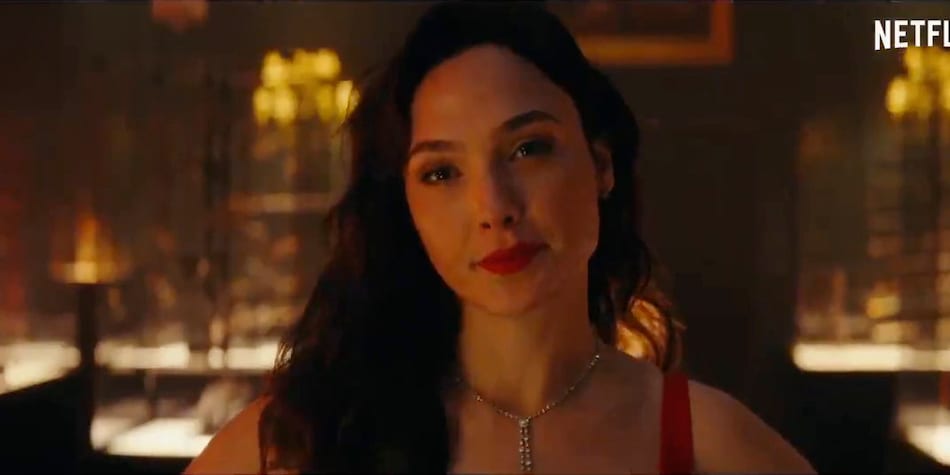 Red Notice trailer is here. On Thursday, Netflix unveiled the first teaser trailer for its highly-awaited globetrotting action-thriller Red Notice, led by the star-studded trio of Dwayne Johnson, Gal Gadot, and Ryan Reynolds. Thanks to that cast and the premise, Red Notice is Netflix's most expensive movie of all time. True to its word, Red Notice takes us from Paris to Rome (and the Vatican), and finds its three leads doing what they do best: Johnson looks very self-serious, Gadot charms her way through everything, and Reynolds cracks jokes. There are a lot of glimpses at Red Notice's action sequences. And the Red Notice trailer also sets up sexual intrigue between Johnson and Gadot's characters.

“I've been tracking your scores for a while now,” Johnson says at the start of the Red Notice trailer after introducing himself as FBI Special Agent John Hartley. He's referring to the characters played by the other two leads. “Every city, every heist. Now that you've been tagged with red notices, you've become the world's most wanted criminals. And I'm the only one who can bring you in.”

Shortly after, Hartley meets Reynolds' con-artist Nolan Booth that ends with them falling out of a (precious) stained glass. Together, they pay a visit to Gadot's elite thief Sarah Black, who easily handles them both. Somehow, Johnson and Reynolds' characters end up in a prison, with the escape — seen at the very end of the Red Notice trailer — happening in a most dramatic fashion.

In addition to Johnson, Gadot and Reynolds, Red Notice also stars Chris Diamantopoulos (HBO's Silicon Valley) as the unnamed villain, and Ritu Arya (The Umbrella Academy) in a supporting role.

Johnson is also a producer on Red Notice alongside Beau Flynn, Dany Garcia, Hiram Garcia, and writer-director Rawson Marshall Thurber. Red Notice is the third collaboration between Johnson and Thurber following the 2016 action-comedy Central Intelligence and the 2018 action-thriller Skyscraper.

Markus Förderer (Bliss) is the cinematographer on Red Notice. The Netflix original film is a production of Flynn Picture Company, Seven Bucks Productions, and Bad Version, Inc. Red Notice has been made at an estimated budget of $160–200 million (about Rs. 1,168 – 1,461 crores), with Johnson and Gadot drawing $20 million (about Rs. 146 crores) salaries apiece.

Red Notice is out November 12 on Netflix in India and around the world.