Rami Malek in Talks to Play Bond Villain, as Bond 25 Tries to Wrap Up Cast: Report 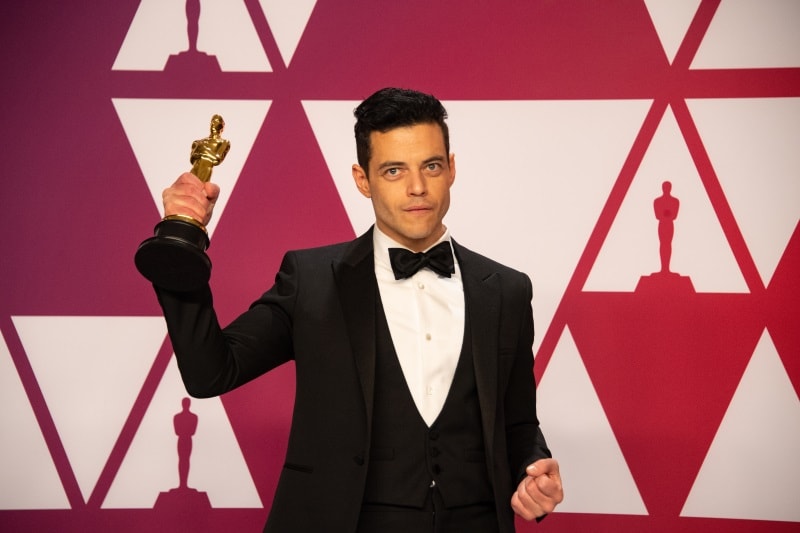 Rami Malek with the Best Actor award at the 2019 Oscars

Oscar-winner Rami Malek is reportedly in talks to play the villain in the next James Bond movie — currently called Bond 25 by the industry — which is also on the lookout for an American CIA agent, along the lines of Westworld star Jeffrey Wright's character in previous Bond films, and two roles for women: a new British MI6 agent and the other an accomplice, similar to Olga Kurylenko's Bolivian agent in the 2008 chapter Quantum of Solace. Game Night star Billy Magnussen is reportedly being eyed for the CIA role, but there are no stars attached to discussions for the MI6 and female roles yet.

Collider brings word that Malek — best known for Bohemian Rhapsody and Mr. Robot — is in “final negotiations” to star opposite Daniel Craig in Bond 25. Malek was rumoured to be involved back in December, but the report then said that he wouldn't “be able to take the gig, even if [the producers] offered him the part” owing to scheduling conflicts. The final season of Mr. Robot is filming starting this spring and until July in the summer, and production on Bond 25 is expected to begin in the same period, in April per Collider.

But now, Malek's team has reportedly “successfully negotiated” to ensure the 37-year-old actor can film both Mr. Robot and Bond 25, people familiar with the matter told Collider. Films, especially those of James Bond scale, spend a lot more months in production, as opposed to a TV show like Mr. Robot. A deal hasn't been made yet because of the 2019 Oscars, as the discussing parties wanted to see if Malek would win, for playing Freddie Mercury in Bohemian Rhapsody. He did.

That brings us to the CIA agent role, for which Magnussen is reportedly “top choice”, per Variety. Magnussen has previously worked with Bond 25 writer-director Cary Joji Fukunaga on the Netflix series Maniac, led by Emma Stone and Jonah Hill. According to insiders speaking with Variety, Fukunaga lowered the age of the American character, so Magnussen would be fit to play it.

The last developments on Bond 25 was less than two weeks ago, when reports said that The Bourne Ultimatum writer Scott Z. Burns had been tapped for a script “overhaul”, which likely led to the release date being pushed again. Variety seemingly refers to that development in its report, claims that “no significant changes were made” and everyone involved is happy with “what Fukunaga had delivered”, as if the whole thing is already in the past. Burns is expected to spend at least a month on the rewrites, per the earlier report, so we will have to wait for the final film credits to find out what's going on.

Beyond the new discussions and Craig, the likes of Léa Seydoux, Naomie Harris, Ben Whishaw, and Ralph Fiennes are slated to reprise their roles in Bond 25. Seydoux's presence — she played a psychologist named Dr. Madeleine Swann in 2015's Spectre — is curious since “Bond girls” don't usually return for a second entry. Rumours say that Bond 25 will draw on the 1969 chapter On Her Majesty's Secret Service, in that Bond and Swann might end up getting married.

TikTok App Fined in US for Illegally Gathering Children's Data