Quibi offers 90-day free trial, after which it will cost Rs. 669 per month in India. 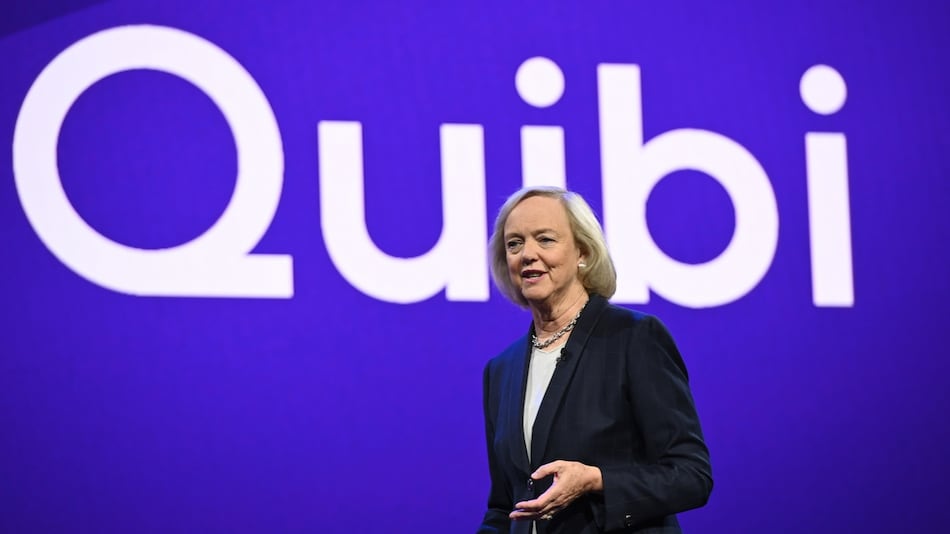 The "quick bites" of video from deep-pocketed startup Quibi could become a new entertainment form for on-the-go smartphone users. The question is whether this is the right time. With consumers ready or not, Quibi began streaming short-form comedies, dramas and entertainment on Monday in an effort to win over audiences in the mobile age. The coronavirus pandemic has dramatically shifted the landscape for Quibi, as the short-form video platform must now appeal to audiences with time and opportunity to watch films or long television shows on big screens at home.

"We're doing our best to adjust to the world as it has changed in the past month," Post told AFP. "Now, telling stories seems more important than ever."

Major studios have poured in some $1 billion for the service, which has already attracted Hollywood names such as Steven Spielberg, Guillermo Del Toro and Jennifer Lopez.

The disruption caused by the pandemic is "a plus and a minus" for Quibi, according to Creative Strategies analyst Carolina Milanesi.

"The plus is that we are all streaming and binging as much content as we can possible get, so having more choice is not a bad thing," Milanesi said.

"The negative side is the whole snacking while you are on the go -- watching a quick video while commuting or waiting in line -- is not something we are doing any more."

Quibi could still find stronger appeal with young audiences that rely on smartphones for entertainment regardless of where they are, according to the analyst.

Amid signs of a deepening economic slump, Quibi last month extended its two-week trial period to a 90-day offer. After that a monthly subscription will cost $5 with ads or $8 (Rs. 669 in India) for an ad-free version. Executives promised that no more than 2.5 minutes of ads would be shown hourly. You can download Quibi for Android from Google Play Store and for iOS from Apple App Store.

Lots of bites
Quibi was founded by Jeffrey Katzenberg, a longtime Disney executive and co-founder of DreamWorks SKG, and former eBay chief executive Meg Whitman, who is the CEO of the new service.

Katzenberg has billed Quibi as a television transformation, taking advantage of smartphone features such as location, time of day, and pivoting from landscape to portrait screens.

All Quibi content -- from comedies to documentaries, sports and news -- was original and being produced "by the biggest names in Hollywood," he said earlier this year.

With 50 shows available at launch, and 175 originals in the works, Quibi made the decision to stick with its launch plan.

Whitman said she expects Quibi to gain traction despite the "unprecedented" times.

Quibi will release one "chapter" per day of its key shows, with the aim to rekindle the "water-cooler moments" of traditional television.

Palm gazing
The service is "purpose built for the palm of your hand" with short episodes tailored for smartphones, according to Quibi chief product officer Tom Conrad.

He said Quibi was intended as a "personal service" so accounts are meant for individuals, not to be shared.

All Quibi content can be downloaded for viewing offline, taking pressure off mobile data networks if users are shrewd enough to use Wi-Fi hotspots to get episodes.

Early access to Quibi showed a variety of offerings from news and comedy to thrillers and documentaries, giving recommendations based on viewing and inviting searches by genre or show names.

Whenever a smartphone is flipped from upright, or portrait, to landscape or back scenes or ads instantly adapt to display as though originally filmed from that perspective.

Quibi joins an array of other streaming services which aim to chip away at the early success of Netflix and Amazon Prime Video. These include Disney+, WarnerMedia's HBO Max, NBCUniversal's Peacock and Apple TV+.

US wireless carrier T-Mobile announced it will provide a year of Quibi service with some of its plans.

"It comes on the scene with a totally different experience, made for mobile."