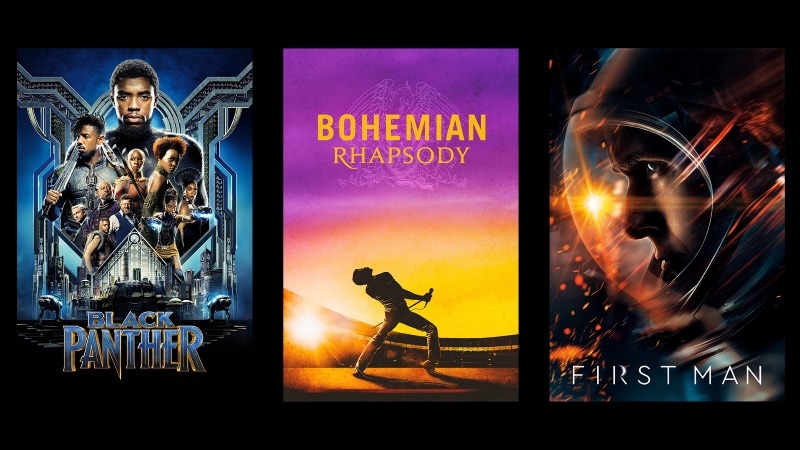 Ahead of the 2019 Oscars in late February, PVR Cinemas has announced a month-long “Oscars Film Festival” that will bring back several films previously released in theatres alongside new releases. The line-up will somewhat change every week, with Oscar winners screened in the final weeks. The first slate includes Green Book and Mary Queen of Scots as the two new releases, while the list of movies being re-released include Black Panther, Bohemian Rhapsody, Christopher Robin, First Man, Mary Poppins Returns, and A Quiet Place. Green Book seems to be exclusive to PVR Cinemas for now, while Mary Queen of Scots is opening everywhere on Friday, February 1. The Oscars Film Festival will run across 11 cities in India, from Friday, February 1, 2019 to Thursday, March 7, 2019.

Of the eight films that are part of the first week of PVR's Oscars Film Festival in India, only three — Black Panther, Bohemian Rhapsody, and Green Book — are nominated for Best Picture at the 2019 Oscars. Black Panther also has the most nominations of these eight, leading with seven, followed by Bohemian Rhapsody and Green Book with five apiece, and First Man and Mary Poppins Returns with four apiece. Mary Queen of Scots has two, and just one craft nod apiece for Christopher Robin and A Quiet Place. Though PVR doesn't mention them, Oscar-nominated Ralph Breaks the Internet and Spider-Man: Into the Spider-Verse are still playing in some cities.

The five missing Best Picture contenders that aren't part of PVR's Oscars Film Festival are BlacKkKlansman, The Favourite, Roma, A Star Is Born, and Vice. Of those, Roma is a Netflix original that was never released in India theatrically — it was screen at the 2018 Mumbai Film Festival, but that's about it — while BlacKkKlansman, The Favourite, and Vice have yet to be handed release dates here. Chances are slim that BlacKkKlansman will ever find its way here, given the subject matter. It's possible that the other two might show up during the course of the festival. A Star Is Born did release in India back in October, and it's strange that PVR hasn't included it given the Bradley Cooper-Lady Gaga starrer has eight Oscar nominations. A source told Gadgets 360 that PVR hasn't reached out to A Star Is Born distributor Warner Bros.

Update 31/01 7:50pm — PVR reached out to Gadgets 360 to clarify that The Oscars Film Festival will run for a month, with the line-up of films changing "to some extent" every week.