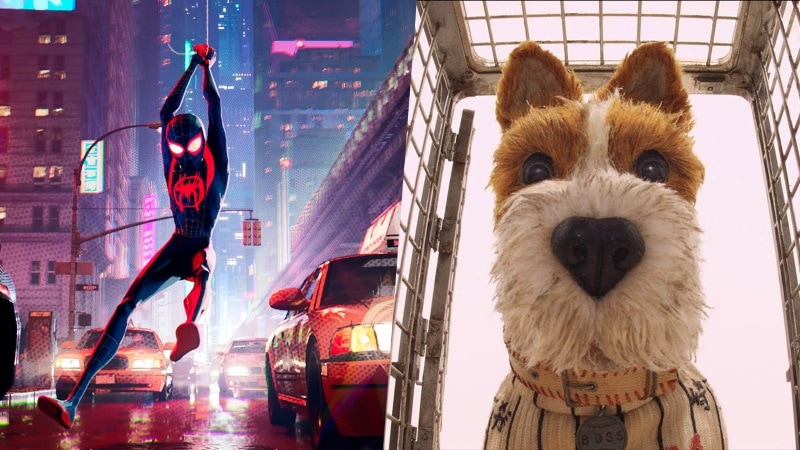 A still from Spider-Man: Into the Spider-Verse, and Isle of Dogs

Spider-Man: Into the Spider-Verse and Isle of Dogs are the new additions to the second week of PVR Cinemas' ongoing month-long “Oscars Film Festival”, which is running across 11 cities — Mumbai, Delhi, Kolkata, Chennai, Pune, Bengaluru, Ahmedabad, Chandigarh, Noida, Baroda, Nagpur, and Hyderabad — in India, till Thursday, March 7, 2019, well beyond the 2019 Oscars ceremony later this month on Sunday, February 24, 2019. The two animated films join Black Panther, Bohemian Rhapsody, First Man, Green Book, Mary Poppins Returns, Mary Queen of Scots, and A Quiet Place, which will continue from the first week of the Oscars Film Festival. Christopher Robin drops out, meanwhile. Both Into the Spider-Verse and Isle of Dogs are re-releases, the former from December and the latter from July 2018.

In its original announcement last week, PVR Cinemas had said that the lineup for its Oscars Film Festival would somewhat change every week, which is exactly what's happening here. The Golden Globe-winning Into the Spider-Verse, which is still playing in very few non-PVR theatres across India, joins the catalogue for PVR's Oscars Film Festival on the road to the 2019 Oscars, alongside Wes Anderson's Japanese-inspired Isle of Dogs, both of which are nominated in the Best Animated Feature Film category opposite Incredibles 2, Mirai, and Ralph Breaks the Internet. Isle of Dogs is also nominated for Best Original Score, for the work of Alexandre Desplat.

As with the first week, each film that's part of PVR's Oscars Film Festival will have a single screening in each city. Check your local listings on PVR Cinemas' official website or third-party ticketing partners such as BookMyShow and Paytm for additional details. PVR is re-releasing Into the Spider-Verse and Isle of Dogs in a week that already has three new releases from Hollywood: the sequel to the animated hit, The Lego Movie 2: The Second Part; the long-gestating Alita: Battle Angel from director Robert Rodriguez (Sin City) and producer James Cameron; and the Liam Neeson-starrer action thriller Cold Pursuit.

There's still no sign of the five missing Best Picture contenders at the 2019 Oscars: BlacKkKlansman, The Favourite, Roma, A Star Is Born, and Vice. Of those, don't expect to see BlacKkKlansman and Roma in theatres due to their subject matter and Netflix release model, respectively. A Star Is Born is still missing, strangely, despite releasing previously in India back in October. Gadgets 360 has reached out to PVR Cinemas for India release date info on The Favourite and Vice, and we will update this article if we hear back.