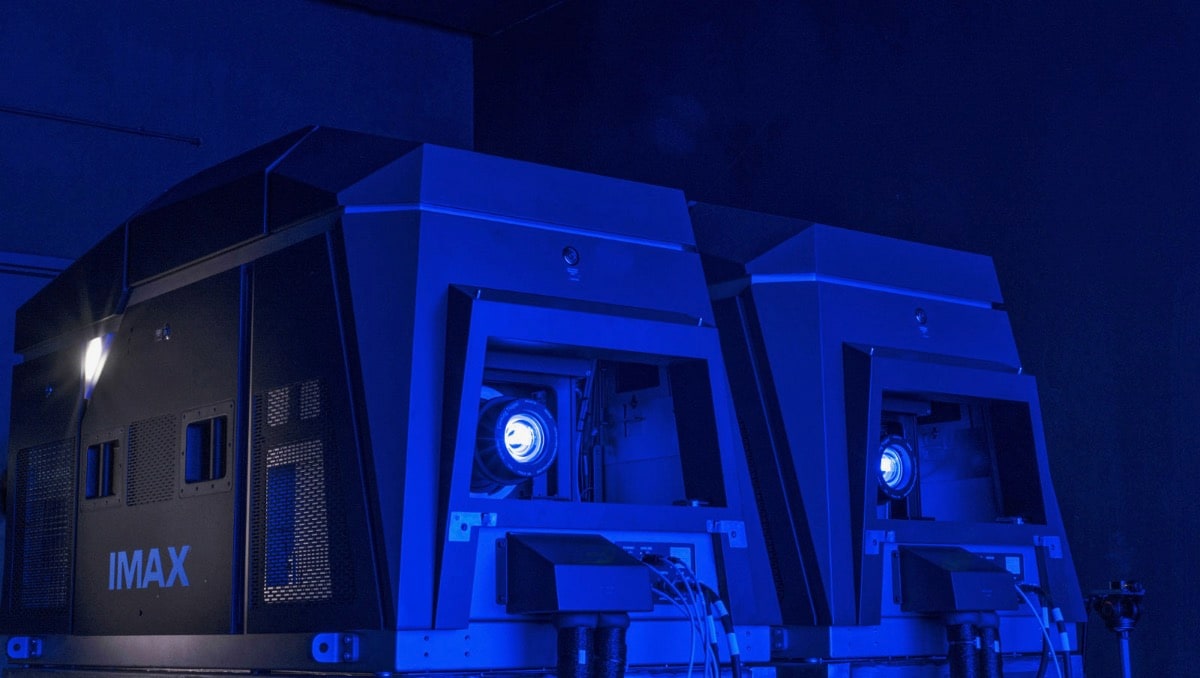 IMAX with Laser is now available at two PVR Cinemas: High Street Phoenix in Lower Parel, Mumbai and Select City Walk in Saket, New Delhi. That makes them the first two IMAX with Laser screens in India, with the 18 others reliant on regular digital IMAX. Since IMAX with Laser uses a laser light source and dual 4K projectors in lieu of a xenon arc lamp and dual 2K projectors, it's capable of sharper, brighter, and richer images. PVR Cinemas CEO Gautam Dutta told Gadgets 360 that it has purchased four IMAX with Laser units — a third will be installed at SPI Palazzo The Forum Vijaya Mall in Vadapalani, Chennai; the fourth hasn't been decided.

It's not just those in Mumbai and Delhi who should be celebrating. The upgrade to IMAX with Laser frees up the xenon-based digital IMAX projectors that were in use at Lower Parel and Select City Walk. These will now be put in use at other PVR locations in Hyderabad and Kolkata, Dutta said: “That, all of a sudden, was a great opportunity simply because these projectors used to be so expensive, that we could never bring IMAX to a smaller town. This is a great experiment that we couldn't do before — in that every time we upgrade to an IMAX with Laser, we can take the older one to a city that hasn't seen IMAX.”

Sadly, it's not all good news for IMAX purists. While IMAX with Laser allows for a taller projection that returns to traditional IMAX 1.43:1 aspect ratio — digital IMAX is limited to 1.90:1 — PVR hasn't replaced either of the screens in Mumbai or Delhi. Only the projector is new, technically. Dutta cited on-site physical limitations as the reason behind that, which is understandable since installing a taller screen would require a taller auditorium. For cinema-goers, that means they won't get to see some IMAX films as they are intended. Christopher Nolan's war film, Dunkirk, filmed most scenes in 1.43:1, for instance.

Still, you get the other benefits of IMAX with Laser. Richer images include a wider colour gamut — akin to HDR on your TV — and an improved contrast ratio that's double of IMAX 15/70mm film projection — India still doesn't have any IMAX 70mm film screens — and higher than the 2500:1 contrast ratio of digital IMAX. And there's also a new 12-channel sound system that's designed to compete with Dolby Atmos. You'll also be handed newer 3D glasses, which rely on dichroic filters as with Dolby 3D, rather than linear polarisation that digital IMAX makes use of.

“We are happy and proud to introduce one of the finest in-cinema technologies available in the world today, for our patrons in India,” Dutta said in a prepared statement. “This also reiterates our focus on innovation and technological excellence. I believe being exhibitors, we shoulder be an integral part of the experience which an audience takes back home. We are starting from the metros and will move into smaller cities with IMAX with Laser to enable a larger set of audiences to experience the new technology. Audiences will love this unique experience at PVR IMAX theatres.”

IMAX's senior vice president for theatre development in Russia, CIS, Middle East, and India, John Schreiner, added: “PVR is our valued strategic partner and shares our passion for delivering the best premium entertainment. With the opening of the IMAX with Laser theatres at Mumbai and Delhi, we look forward to bringing India audiences the IMAX immersive cinema experience for today's biggest blockbusters.”

Gadgets 360 first reported on the IMAX with Laser screen coming to Mumbai.