“There’s this little flavour of ice cream called, ‘mind your own f—ing business’.” 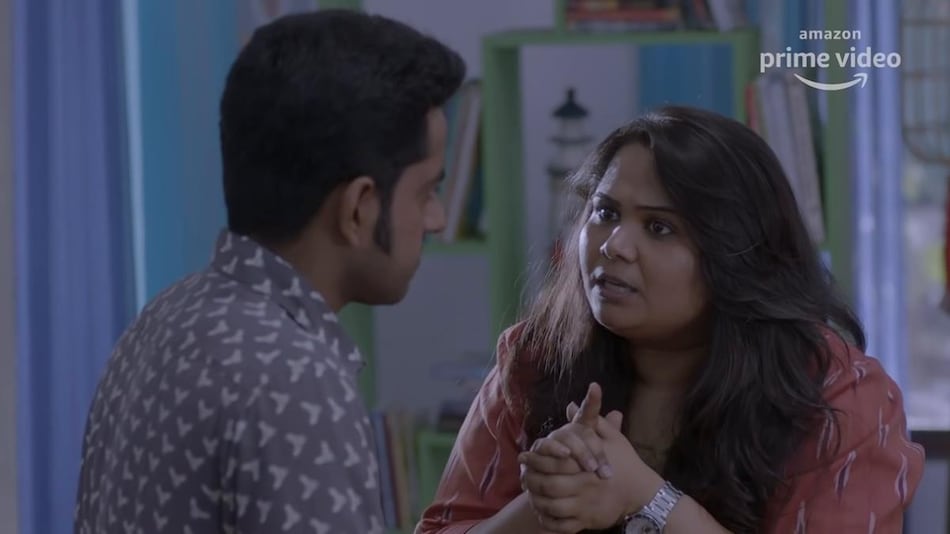 Sumukhi Suresh's Pushpavalli is back, after nearly two and a half years. Amazon Prime Video has released the trailer for the upcoming second season of Suresh's semi-autobiographical series, created by and starring Suresh in the lead as the titular woman, who is back to “make amends”, or “take revenge”, having “burned her hands last time with the charming Nikhil (Manish Anand).” Nikhil is everywhere in Pushpavalli season 2 trailer. Meanwhile, the eponymous lead (Suresh) is trying to “move on with her sweet and gentle fiancé Vidyuth (Vidyuth Gargi).”

In addition to Suresh and Anand, returning cast members on Pushpavalli season 2 include Naveen Richard as her friend Pankaj, and Preetika Chawla as Pankaj's new love Swati. According to the listing on IMDb, comedian Urooj Ashfaq, newcomer Sharaddha — the one who allegedly broke Pushpavalli's leg with a hockey stick in the new trailer — and newcomer Ashok Pathak join the Pushpavalli season 2 cast, alongside Gargi. Behind the scenes, Debbie Rao continues as director, working off scripts from Richard, and a new writing team of Sumaira Shaikh (Son of Abish), and newcomers Ayesha Nair, and Kumar Shivam.

For Amazon, Pushpavalli season 2 will be the third big exclusive from India in 2020 after two lacklustre miniseries — war drama The Forgotten Army from creator-director Kabir Khan back in late January, and the black comedy Afsos from comedian Anirban Dasgupta in early February. A fourth — Four More Shots Please! season 2, arriving April 17 — was announced alongside the Pushpavalli season 2 trailer.

Pushpavalli season 2 is out March 13 on Amazon Prime Video worldwide.

Flaw That Allows a Malware to Steal 2FA Codes from Google Authenticator Could Have Been Fixed Long Back
Oppo to Release its first Smart TV in Second Half of 2020: Report