The heavy-drinking, chain-smoking super-powered priest is back. 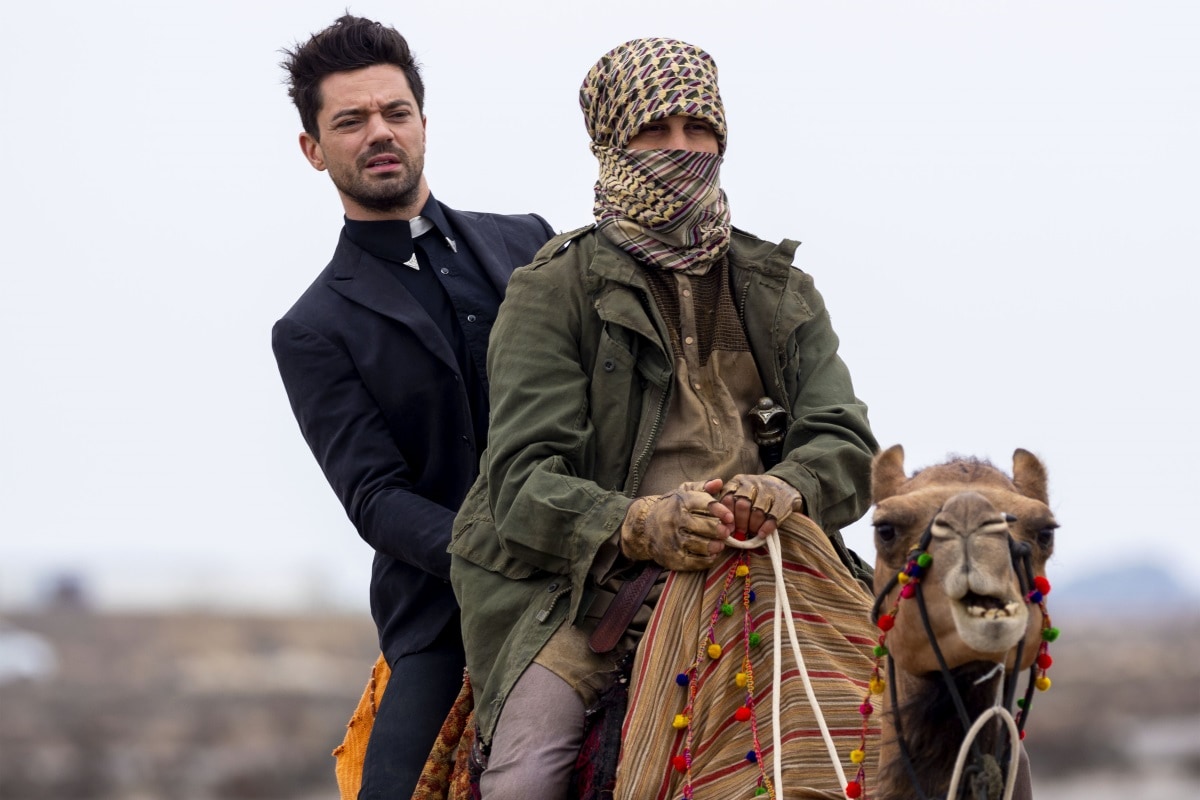 Jesse, Tulip, and Cassidy are back for the final go-round. The two-hour season 4 premiere of Preacher is now streaming on Amazon Prime Video in India. Preacher season 4, episodes 1 and 2 will open with Jesse (Dominic Cooper) being “rocked by visions of an apocalyptic future as he and his girlfriend Tulip (Ruth Negga) prepare for an all-out assault on Masada,” the headquarters of the Grail, “where Cassidy (Joseph Gilgun) — trapped to a torturous fate — struggles to hang on. But Herr Starr (Pip Torrens) and his Grail operatives are ready for them.” The season will run for a total of 10 episodes.

Created by Sam Catlin, Seth Rogen, and Evan Goldberg, Preacher is based on the comic book series of the same name by Garth Ennis and Steve Dillon. The series — which originally airs on AMC in the US every Sunday at 9pm ET — also stars Ian Colletti as Eugene “Arseface” Root, Graham McTavish as The Saint of Killers, Betty Buckley as Gran'ma, Colin Cunningham as T.C., Jeremy Childs as Jody, Julie Ann Emery as Lara Featherstone, Jonny Coyne as Allfather, Malcolm Barrett as Hoover, and Adam Croasdell as Eccarius.

For the fourth and final season of Preacher, Mark Harelik and Tyson Ritter, who play God and The Messiah respectively, are being upgraded to main cast status alongside the aforementioned cast members. Behind the scenes, Catlin continues to serve as the showrunner. He has also co-written the Preacher season 4, episode 1 “Masada”. After a double header in week one — episode 2 is titled “Last Supper” — Preacher will air one new episode every week until the finale on September 30.

If you want to start your guessing engines, here are the titles for all remaining Preacher season 4 episodes: episode 3 “Deviant”, episode 4 “Search and Rescue”, episode 5 “Bleak City”, episode 6 “The Lost Apostle”, episode 7 “Messiahs”, episode 8 “Fear of the Lord”, and episode 9 “Overture”. If you're wondering what happened to the 10th episode, that's because AMC has yet to reveal the title for the Preacher series finale.

Here's the official synopsis for Preacher season 4, via AMC:

“A dramatic thrill ride that follows West Texas preacher Jesse Custer (Dominic Cooper), his badass girlfriend Tulip O'Hare (Ruth Negga) and an Irish vampire named Cassidy (Joseph Gilgun) as they embark on a road trip to find God and are thrust into a twisted battle spanning Heaven, Hell and everywhere in between.”

Preacher season 4, episode 1 is out now on Amazon Prime Video. New episodes will be released weekly Monday afternoon in India after airing in the US.