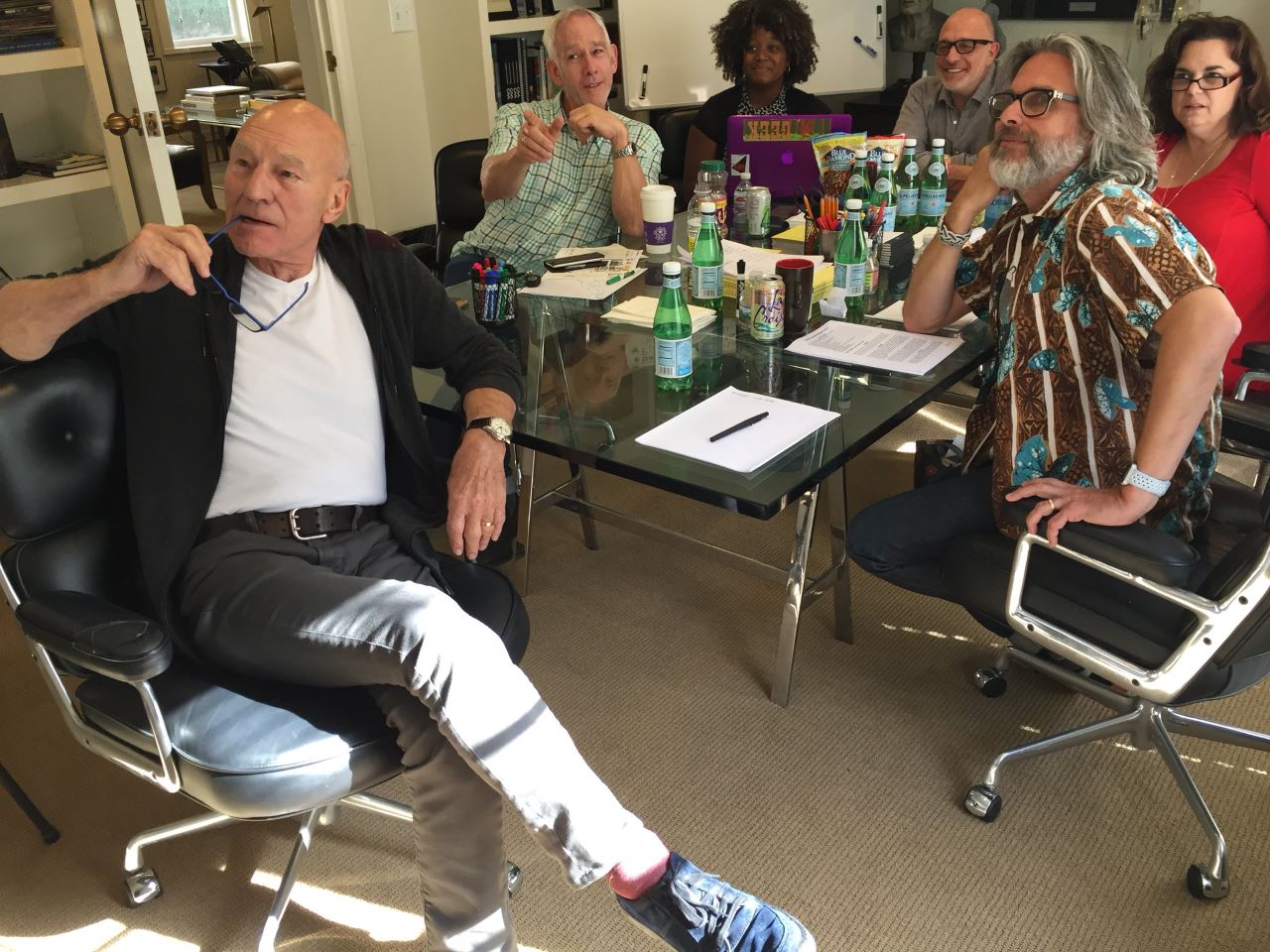 Stewart with the show's creative team in September

Patrick Stewart's return to the Star Trek fold as Captain Jean-Luc Picard, from Star Trek: The Next Generation, will premiere at the end of 2019, CBS announced Tuesday. That makes it two Star Trek shows for next year, with the second season of Star Trek: Discovery set to debut in January 2019.

“In 2019, it's not one Star Trek, it's two Star Treks. Discovery at the beginning of the year, and Picard will start at the end of the year,” CBS Corporation chief creative officer David Nevins said Tuesday at the annual UBS Global Media and Communications Conference.

Stewart confirmed his return to the famous role back in August after making a surprise appearance at the Star Trek Las Vegas convention, calling it “an unexpected but delightful surprise to find myself excited and invigorated to be returning to Jean-Luc Picard and to explore new dimensions within him”.

Star Trek: Discovery's new showrunner Alex Kurtzman, who was appointed chief of Trek TV earlier this year, will serve as executive producer on the new Picard Trek series. He is also developing more Trek shows for CBS Television Studios, which has made Trek the cornerstone of its streaming service CBS All Access. Discovery airs on CBS All Access in the US and Canada, and on Netflix in the rest of the world.