The Korean movie won Best Picture at the 2020 Oscars. 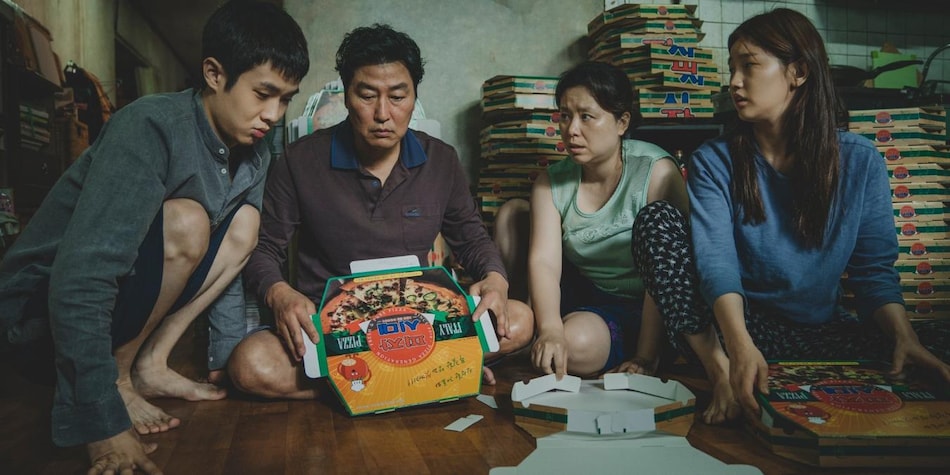 Couldn't catch the Oscar-winning Parasite in theatres? Well, Amazon Prime Video is here to rescue you. Bong Joon-ho's terrific black comedy thriller, Parasite, will be available March 27 on the aforementioned streaming service in India, Amazon announced Wednesday. It's streaming with the original Korean-language dialogue and English-language subtitles, but aside from that, Amazon will also offer a Hindi-language dubbed version of Parasite, “in an effort to reach a larger audience”.

Parasite features actors on the top of their game, though they were sadly snubbed by the Academy. Still, it won the most awards at the 2020 Oscars, including Best Picture, Best Director (Bong), Best Original Screenplay (Han Jin-won and Bong), and Best International Feature Film.

In doing so, it became the first Korean movie to win at the Oscars, but more importantly, it was the first film wholly not in the English language to capture the top prize. Previous winners, the 1988 epic biopic The Last Emperor and the 2008 crime drama Slumdog Millionaire, had most of their dialogue in languages other than English, but not entirely.

Parasite released last year globally, and January 31 here in India. The film is a biting satirical look at classism and capitalism, and how the two have led to a widening socioeconomic disparity. Those big ideas are wrapped in what is essentially a mainstream thriller package, as a poor family worms its way into the house of a rich one.

Here's the official synopsis for Parasite:

“Ki-taek's (Song Kang-ho) family of four is close, but unemployed. With a bleak future ahead of them, the son Ki-woo (Choi Woo-shik) is recommended for a well-paid tutoring job, spawning hopes of regular income. Carrying the expectations of his family on his shoulders, Ki-woo heads to the home of Mr. Park (Lee Sun-kyun), the owner of a global IT firm. It is at this house that Ki-woo meets Yeon-gyo (Cho Yeo-jeong), the beautiful young lady of the house. However, behind this meeting, an unstoppable string of mishaps lies in wait.”

Parasite arrives March 27 on Amazon Prime Video in India, nearly two weeks prior to the US, where Hulu has the exclusive streaming rights and will release it April 8.

Google Translate App Gets Transcribe Feature for Live Speech to Text Translation in 8 Languages
Nokia March 19 Launch Event Will Be Online-Only, HMD Global Reveals: All You Need to Know