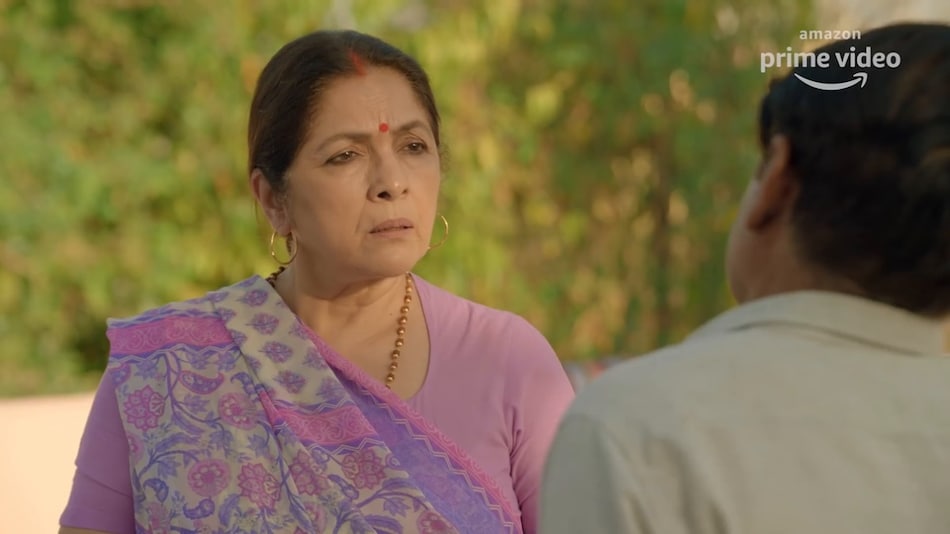 Amazon Prime Video and The Viral Fever (TVF) have revealed their second series collaboration in Panchayat, a comedy-drama that follows engineering graduate Abhishek Tripathi (Jitendra Kumar, from Kota Factory and Shubh Mangal Zyada Saavdhan). Lacking in job choices, he ends up as the secretary in a panchayat — that's Hindi for “village council” — in a tiny Uttar Pradesh village called Phullera. Alongside, Amazon has announced an April 3 release date for Panchayat and unveiled a trailer for the new series, which gives us our first look at what to expect from TVF's latest creation.

The Panchayat trailer opens with Abhishek complaining about the meagre Rs. 20,000 salary he'll get in the village. His unnamed friend (Biswapati Sarkar, from Mr. & Mrs.) tries to sell him on the idea by noting that he will get to experience “rural India, the real India”, though Abhishek has no interest in any of that. In Phullera, Abhishek is introduced to the village chief Manju Devi (Neena Gupta, from Badhaai Ho), and her husband, Brij Bhushan Dubey (Raghubir Yadav, from Peepli Live!). Brij wonders if they should let Abhishek stay in their home, but Manju objects that they've a young daughter at home.

Abhishek soon discovers the problems of village life, where close-knit communities translate into more responsibilities than he can handle. Beyond his breaking point, Abhishek's aforementioned unnamed friend tells him the only way to get out is to clear CAT (Common Admission Test) that would allow Abhishek to join a post-graduate management course. It doesn't help that electricity is not a sure thing in the village, which makes Abhishek's preparation even more challenging. Eventually, he decides to install a dozen solar panels in the village, which invites scrutiny.

In addition to Kumar, Gupta, and Yadav, Panchayat also stars Chandan Roy (Yaanaa) as office assistant Vikas, and Faisal Malik (Gangs of Wasseypur) as Prahlad Pandey. Sarkar will have a guest role alongside newcomers Subendhu Chakraborty as Mangal, and Sushil Tondon as Bhindeshwar. The Amazon-TVF series has been written by Chandan Kumar (F.A.T.H.E.R.S.) and directed by Deepak Kumar Mishra (Permanent Roommates, Humorously Yours).

All eight episodes of Panchayat are out April 3 on Amazon Prime Video worldwide. This is the second collaboration between Amazon and TVF after last year's young adult comedy-drama, Hostel Daze.

Apple Watch Series 6 Tipped to Feature Touch ID, Blood Oxygen Detector: All You Need to Know
WhatsApp No Longer Lets You Share Videos Longer Than 15 Seconds as Status in India