Crime and politics in Uttar Pradesh, like Mirzapur, also from Amazon. 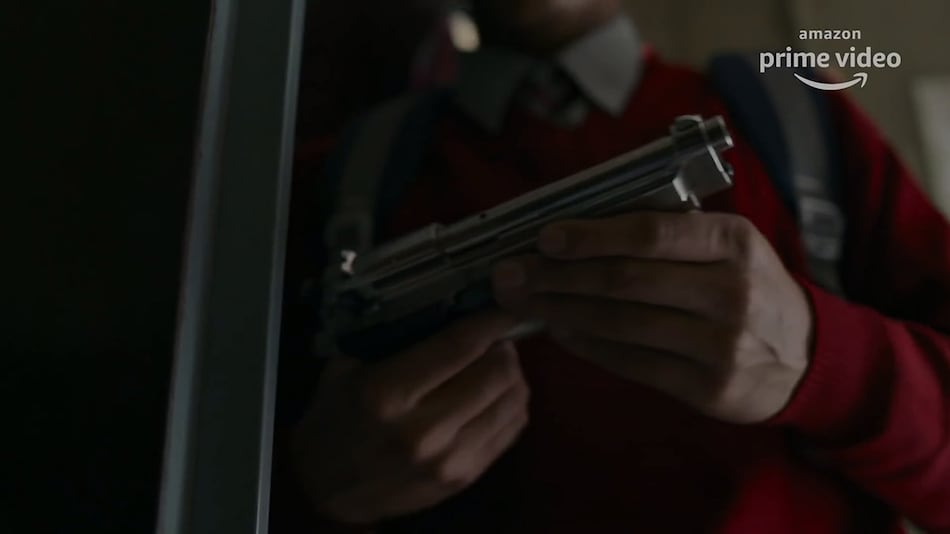 A still from the Paatal Lok teaser trailer

A few days after unveiling the release date, Amazon Prime Video has released the first teaser trailer for Paatal Lok, its next original series from India, produced by Anushka Sharma's Clean Slate Films. The Paatal Lok teaser gives you an idea of what the Amazon series will include, featuring a lot of violence and an Uttar Pradesh setting. Wait, is this another take on Amazon's own Mirzapur? It doesn't give us a look at any of the characters though, except the back of Neeraj Kabi (Taj Mahal 1989) and Jaideep Ahlawat's (Bard of Blood) heads. Ahlawat seems to be playing a police officer. Amazon also announced that the Paatal Lok trailer will release May 5 at the oddly specific time of 11:34 am. The show itself will release on May 15.

The Paatal Lok teaser trailer opens in a crowded city before cutting to a woman, whose face is partially covered by her hair, and her dog. We are then shown a paper note which consists of a mobile number, an FIR number, an Uttar Pradesh license plate, and “Muzaffar Nagar”, likely referring to the Uttar Pradesh city of the same name. The violence kicks in, as a pillion rider whacks someone with a nail hammer, someone holds a gun in their hands, and a man seemingly slashes at someone. In a news bureau, someone scribbles “fake news” in all caps on a whiteboard.

For Amazon, Paatal Lok — created by Udta Punjab writer Sudip Sharma — will be the sixth series from India on Prime Video in 2020, after the Kabir Khan-helmed war drama miniseries The Forgotten Army in January, the black comedy miniseries Afsos from comedian Anirban Dasgupta in February, the second season of comedy-drama Pushpavalli from comedian Sumukhi Suresh in March, and the TVF-created comedy-drama Panchayat and the second season of romantic comedy-drama Four More Shots Please! earlier in April.

Paatal Lok is out May 15 on Amazon Prime Video worldwide.