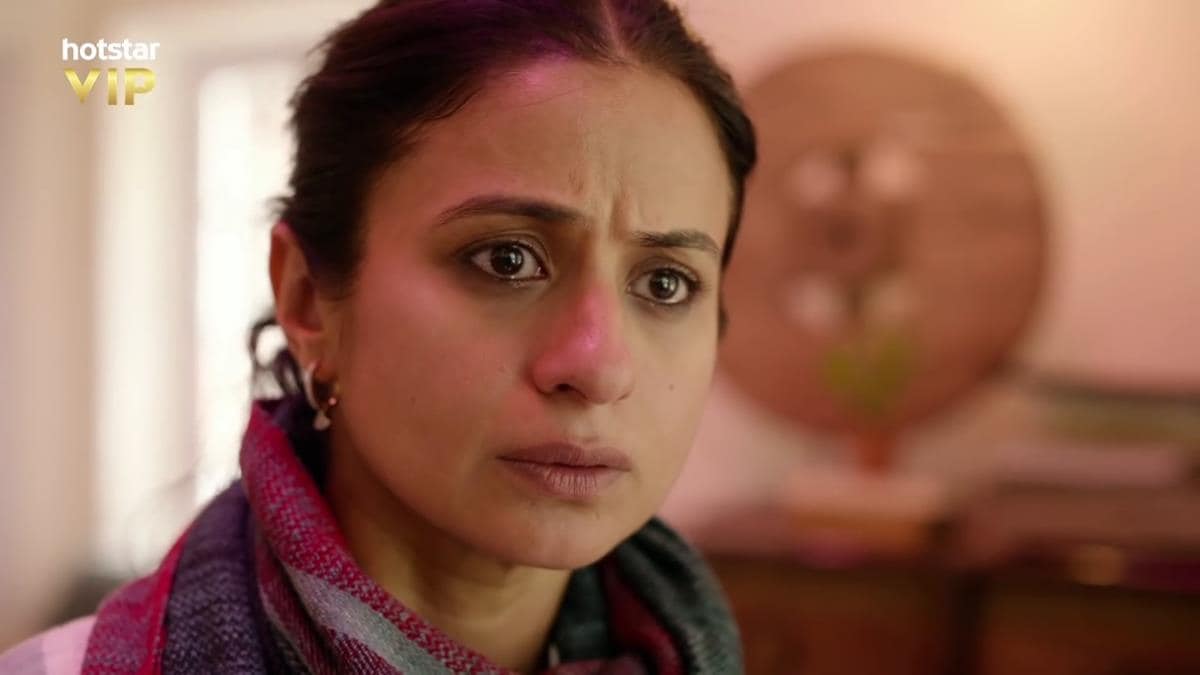 Rasika Dugal as Dr. Meera Kapoor in Out of Love trailer

Hotstar has unveiled the title, cast, trailer, and release date for its remake of the British series Doctor Foster — Out of Love, starring Rasika Dugal (Mirzapur) and Purab Kohli (Typewriter). It will premiere November 22 on the Disney-owned streaming service. Out of Love follows Dr. Meera Kapoor (Dugal), a doting wife and a loving mother whose seemingly perfect life falls apart after she finds out her husband, Akarsh Kapoor (Kohli), is having an affair. Tigmanshu Dhulia (Paan Singh Tomar) and Aijaz Khan (Hamid) have directed the Hotstar original series, which has been produced by BBC Studios.

The Out of Love trailer sets up that premise, as Meera begins to suspect every female associate — colleague or friend — of Akarsh after she comes across a stray hair that's not hers. After she reveals her concerns to a friend of hers, she questions if she's making a mountain out of a molehill based on a single strand of hair. Akarsh denies it when Meera confronts him but that doesn't deter her from digging and finding proof, which naturally devastates her when she does. The trailer hints at what happens next, though those who have seen Doctor Foster can naturally predict where it will go.

Out of Love is the eighth original — the sixth series — for Hotstar in 2019, after the M.S. Dhoni docu-series Roar of the Lion, the crime legal drama remake Criminal Justice, the Nagesh Kukunoor-directed political drama City of Dreams, the workplace sitcom remake The Office, and the crime thriller remake Hostages. Hotstar has also released two original films this year, in the dark comedy Chhappad Phaad Ke, and the comedy-drama Kanpuriye.

Here's the official description for Out of Love, via Hotstar:

“A gripping portrait of a marriage that's poisoned by infidelity and heartbreak, Out of Love raises the key question — when faced with infidelity, would you forgive, forget, or fight? An official adaptation of the award-winning BBC series, Doctor Foster, Out of Love depicts the emotional and psychological dilemma that erupts from complex relationships.”

Out of Love is out November 22 on Hotstar.