With help from the likes of Zakir Khan and Kunal Kamra. 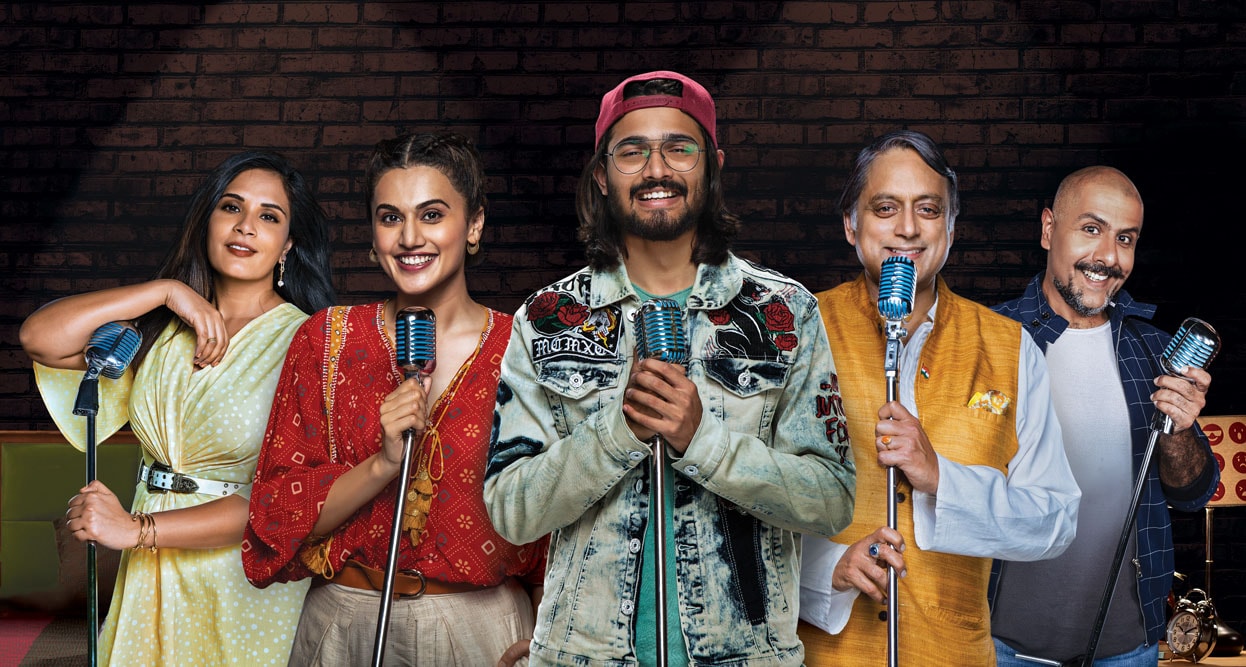 Amazon Prime Video has released the trailer for One Mic Stand, its next unscripted original series from India that finds popular figures from non-comedic backgrounds trying their hand at stand-up comedy for the very first time. That includes the likes of Dr. Shashi Tharoor MP, actors Taapsee Pannu and Richa Chadha, singer-composer Vishal Dadlani, and YouTube creator Bhuvan Bam. Comedian Sapan Verma is the creator, showrunner, and host on One Mic Stand, who has roped in fellow comedians and friends Rohan Joshi, Ashish Shakya, Zakir Khan, Kunal Kamra, and Angad Singh Ranyal to mentor the five aforementioned personalities. One Mic Stand has a total of five episodes.

“The concept of One Mic Stand came to me many years ago and I'm glad that Amazon Prime Video were so supportive in making it happen,” Verma said in a prepared statement and added cheekily: “I think the idea of seeing your favourite people in a new vulnerable position is always endearing. Basically, I've got famous celebrities so that the show gets the views and top comedians to ensure the show is funny, so that I can just sit back and not do much.”

In its announcement, Amazon said the celebrity and comedian pairings — Tharoor and Kamra, Pannu and Ranyal, Chadha and Shakya, Dadlani and Joshi, and Bam and Khan — have been made “keeping ideologies and personal backgrounds in mind”, which it believes will add an “additional flavour” to One Mic Stand. After being mentored, the five will then perform in front of a live audience, as you can see in the trailer.

“One Mic Stand is a unique, fresh concept and we are happy to collaborate with Only Much Louder (OML) to present yet another disruptive take on stand-up comedy,” Amazon Prime Video's director and content head for India, Vijay Subramaniam, said. Added OML's managing partner, Dhruv Sheth: “The Amazon Original Series shows the intricacies involved in the art of stand-up comedy and challenges people famous in other art forms to try it in front of a live audience.”

All five episodes of One Mic Stand are out November 15 on Amazon Prime Video worldwide.