Filming begins in April on the Star Wars series. 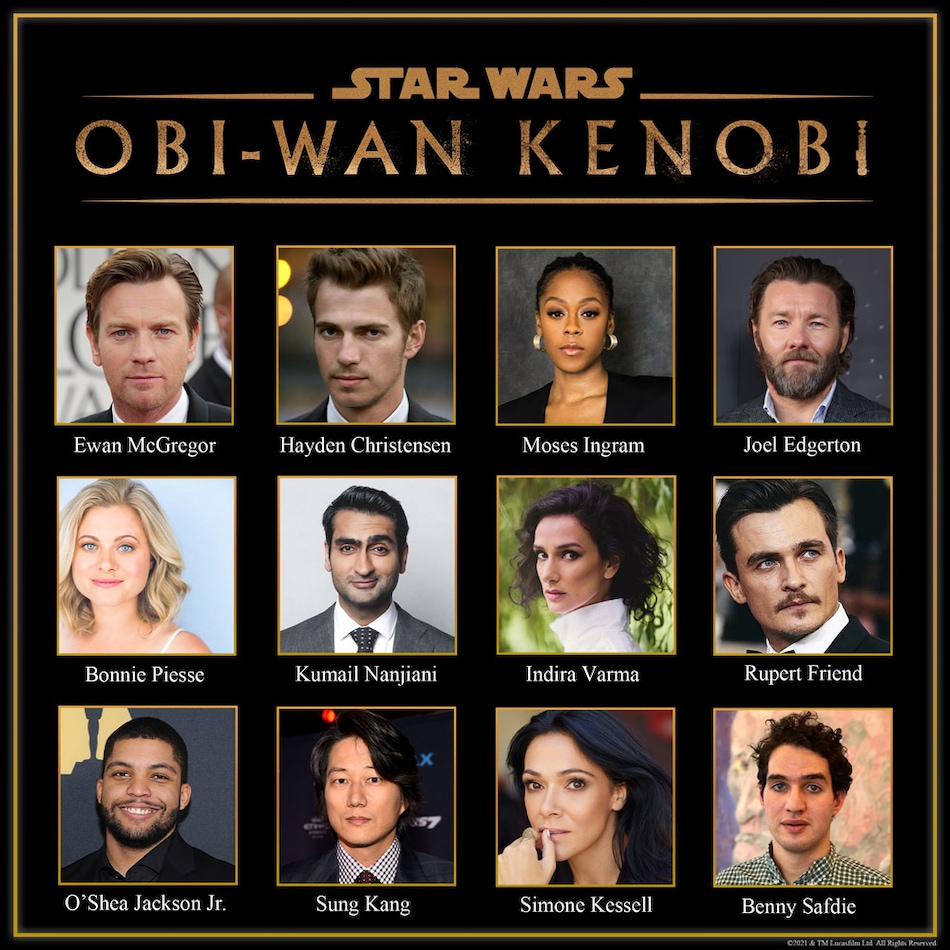 Disney and Lucasfilm announced the Obi-Wan Kenobi cast and production start on Monday via StarWars.com, confirming the presence of Varma who had been reported to be involved in early March. The full Obi-Wan Kenobi cast confirms that Edgerton and Piesse will return in their respective roles of “Uncle” Owen Lars and “Aunt” Beru Lars, guardians to nephew Luke Skywalker after Owen's stepbrother Anakin Skywalker (Christensen) turns to the dark side and becomes Darth Vader. Obi-Wan Kenobi is set 10 years after the events of Revenge of the Sith, where Kenobi (McGregor) won the duel with Anakin but lost his best friend and saw the Empire emerge from the ashes of the Republic.

There's no word on which characters the other Obi-Wan Kenobi cast members — Ingram, Nanjiani, Varma, Friend, Jackson Jr., Kang, Kessell, and Safdie — will be playing, but Star Wars fans have begun speculating as to whether they will be human, alien, or droid.

Behind the scenes, Deborah Chow — who helmed two episodes of The Mandalorian season 1 — will direct all Obi-Wan Kenobi episodes. Executive producers include Lucasfilm president Kathleen Kennedy, Michelle Rejwan, Obi-Wan Kenobi writer Joby Harold (King Arthur: Legend of the Sword), Chow, and McGregor. Obi-Wan Kenobi has had a bit of troubled production, going from a standalone movie to a series (due to the failures of Solo: A Star Wars Story), and then (tossing out all the scripts after) switching writers from Hossein Amini (Drive) to Harold.

Obi-Wan Kenobi will air on Disney+ and Disney+ Hotstar, not before 2022. Before that, we will get the animated Star Wars: The Bad Batch (premiering May 4), The Book of Boba Fett (December 2021), and The Mandalorian season 3 (early 2022 possibly).