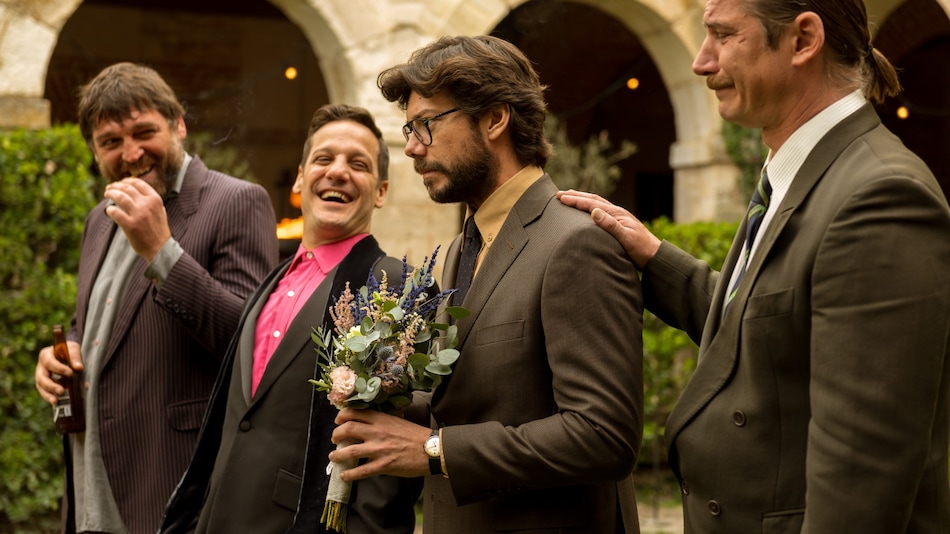 Whenever Netflix releases viewership numbers for its originals, they always come with a caveat: its (very relaxed) methodology. Netflix counts watching just two minutes of a TV show or a movie as a view. But who here hasn't given up on something after the first few minutes? If you bail half an hour into an eight-episode hourlong series, have you really “viewed” the series? Netflix seems to think so. It's always made Netflix data less meaningful, which is likely why it's now unveiled total viewership hours for its top 10 original films and series, including Extraction, Money Heist, The Witcher, Stranger Things, Army of the Dead, and more. To prove that most Netflix subscribers are watching till the end.

At Vox Media's Code Conference in Los Angeles on Monday, Netflix co-CEO and chief content officer Ted Sarandos revealed that Bridgerton — the Regency-era London romantic drama series produced by Shondaland — led the way with 625 million hours of viewing in the first four weeks after release. If you average that out by the 82 million households who watched Bridgerton in the first 28 days, that comes out to 7 hours and 37 minutes. Bridgerton season 1 ran for 8 hours and 10 minutes in total.

On the film side, Sandra Bullock-led Bird Box emerged winner with 282 million hours watched in the first 28 days. Bird Box was seen by 89 million Netflix subscribers within the first four weeks, so the average there is 3 hours and 10 minutes. That's much longer than its 2 hours and 4 minutes runtime, suggesting repeat viewership. Extraction, Chris Hemsworth's most-watched movie with 99 million households, came in second with 231 million hours. That's an average of 2 hours and 20 minutes, slightly more than its 1 hour and 57 minutes runtime.

This was also the case with both Money Heist season 4 (619 million hours) and Stranger Things 3 (582 million hours). The hit Spanish series, watched by 65 million Netflix members in the first 28 days, averages out to 9 hours and 31 minutes. But Money Heist season 4 was only 6 hours and 38 minutes long. Stranger Things 3 had an average viewing time of 8 hours and 41 minutes, while the third season ran for 7 hours and 29 minutes. The Witcher's average viewership was slightly lower than its season 1 runtime.

Here's the full list of Netflix's top 10 most-watched series and movies, in the first four weeks after release, by viewership hours: