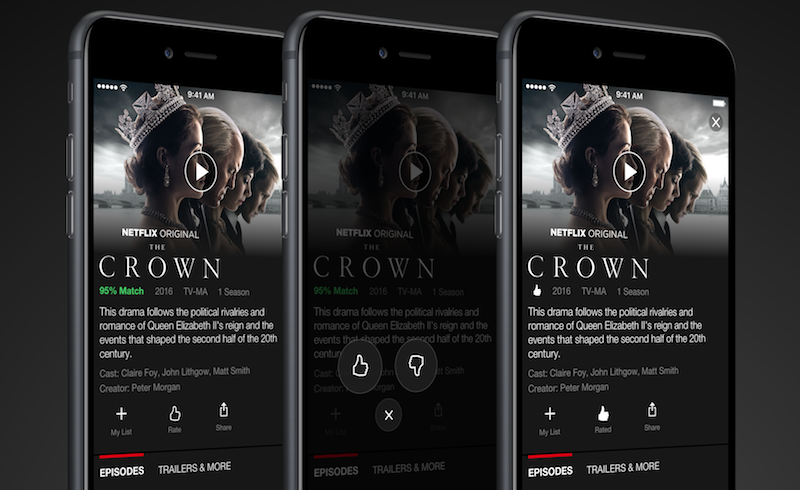 Netflix is ditching its existing star rating system in favour of an approach that uses a thumbs up/down to judge user opinions on content, the streaming service announced at a press briefing in San Francisco on Thursday.

But unlike YouTube, which displays the number of upvotes and downvotes on every video publicly, Netflix will use the new rating system as part of its recommendation engine.

As justification for the update, Netflix VP Product Todd Yellin said that what people actually watch differs from the importance they assign to stuff. He gave the example of something like an Adam Sandler movie versus a wartime documentary. Even though people usually rate the latter one higher, it's the former they watch more of.

Moreover, the thumbs up/ down system simplifies the process, and removes any friction. As with mostly everything, Yellin added, they put the new rating method through an A/B testing phase with hundreds of thousands of users. The result? Number of ratings went up 200 percent as a result of the thumbs up/down approach.

Even though Netflix went public with the change on Thursday, it won't be rolling out until April. So if you still see the star rating when you fire up Netflix, rest assured that you have not been left out. While the star ratings system will disappear, notably, the ratings you provided will still be used to recommended content.

Separately, Netflix Chief Product Officer Neil Hunt revealed that the company was planning on making mobile-specific cuts of its own original movies and TV shows, to better suit mobile watchers.

Disclosure: Netflix sponsored the correspondent's flights and hotel for the launch event in San Francisco.

Microsoft Surface Book 2 Tipped to Ditch 2-in-1 Design, to Launch in March or April
Google Maps: How to Search for Places on Your Route