Netflix Steps in to Save New York's Historic Paris Theatre

It will become a home for special Netflix events, screenings, and theatrical releases. 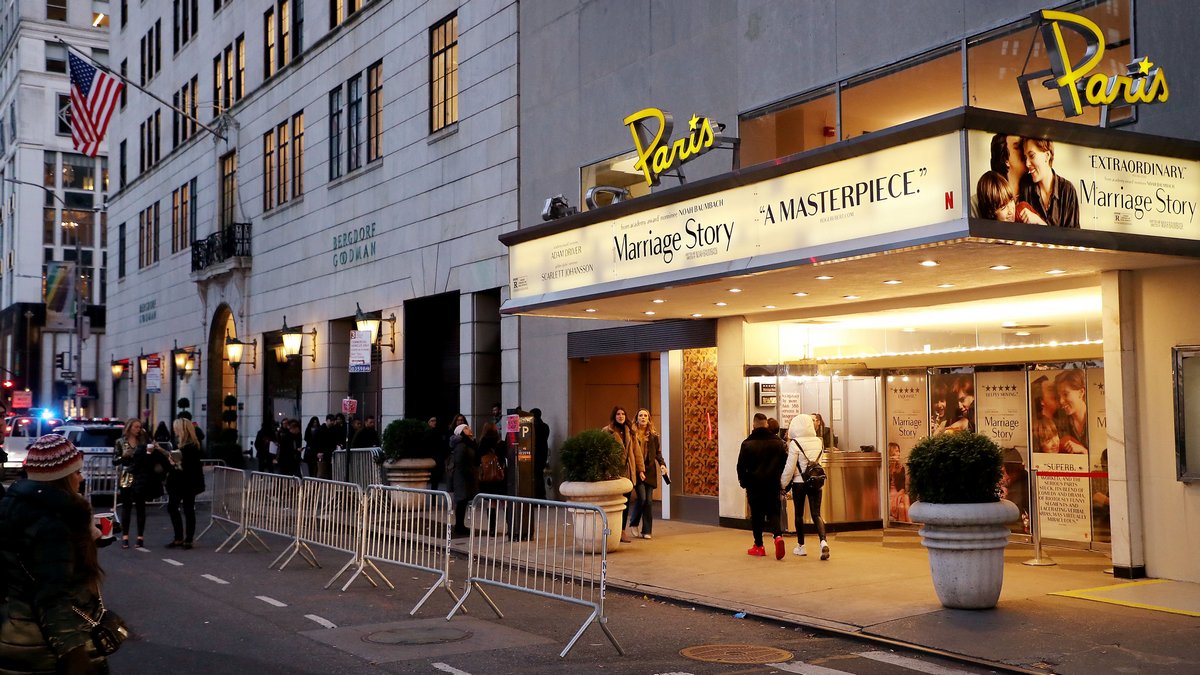 Streaming giant Netflix will use New York's historic Paris theatre, which had been shuttered earlier this year, for special events and screenings of its films -- the latest twist in the company's ongoing spat with the traditional film industry. The theatre -- the city's last single-screen movie house, located in the heart of Manhattan on 57th Street, not far from Central Park and the Plaza hotel -- closed in late August after 71 years in business.

It had reopened in early November for what seemed like a one-off event -- a limited theatrical run for Netflix's Oscar contender Marriage Story by New York director Noah Baumbach.

But it would seem that Netflix had bigger plans.

"Now, the iconic theatre will be kept open and become a home for special Netflix events, screenings, and theatrical releases," the company said Monday in a series of Twitter messages.

The details of the deal were not disclosed, but industry site Deadline Hollywood said it was a 10-year lease agreement.

Netflix has been in a low-grade battle with traditional Hollywood for some time over the Oscar eligibility requirements that films in contention run in regular theatres for a certain period of time.

But many major theatre chains have refused to deal with Netflix unless it consents to longer runs of its films -- and a longer waiting period between any film's theatrical release and its streaming debut.

Currently, the waiting period generally agreed upon by studios and the major chains is 90 days.

That means Netflix has relied thus far on indie movie houses for its releases, but the leasing of the Paris Theater would seem to mark a new phase in its strategy.

For months, it has reportedly been in talks to buy the historic Egyptian Theatre in Hollywood.

On Monday, Deadline Hollywood reported that Netflix had indeed acquired a majority stake in that Los Angeles venue, but Netflix has yet to confirm the deal.

The Paris opened in 1948, when screen legend Marlene Dietrich cut the ribbon.

It turned into one of the country's most notable art house theatres, focusing on films often ignored by multiplexes.

Intel Partners With MediaTek to Bring 5G Support to Laptops