Welcomed by the deaf and blind communities, with pushback from filmmakers. 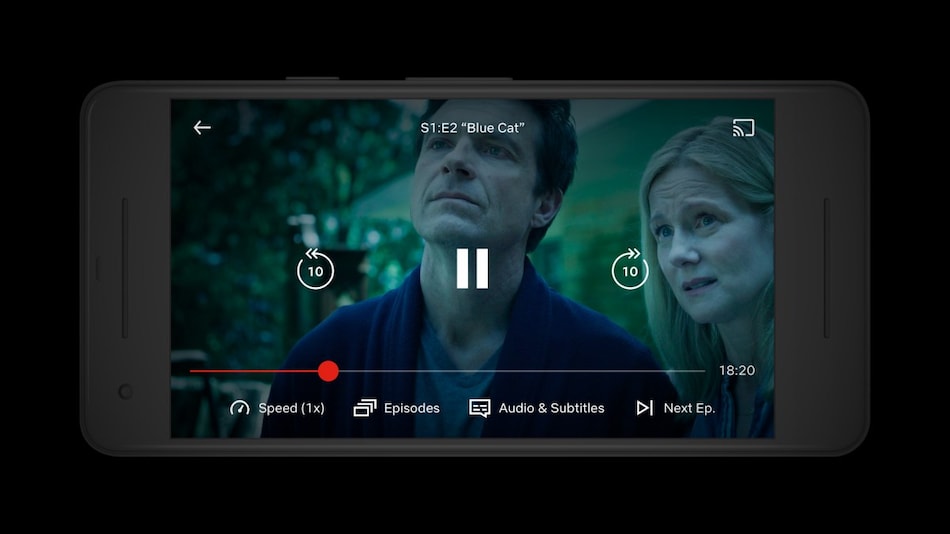 Netflix now allows Android users to change playback speed, with the option to pick between 0.5x (half the speed) and 1.5x (50 percent faster) in increments of 0.25. That makes it the first major streaming service to offer that feature, which has long been requested by a subset of members, especially those deaf, hard of hearing, blind, or visually impaired. Netflix's playback speed controls are still not on par with YouTube though, which allows users to go from 0.25x all the way up to 2x in similar increments. Netflix will soon begin testing it on iOS and the website, but there are no plans for TV yet. Testing on Android started in October last year.

The Verge was the first to report on Netflix's new playback speed controls on Android devices, noting that subscribers will have to manually turn on the feature with every title they pick. That helps make sure Netflix members don't accidentally end up watching something slower or faster than it is intended, and hopefully will alleviate the concerns coming out of the entertainment industry, primarily Hollywood. While the deaf and blind communities have commended Netflix, the streaming service said, The Verge noted that the likes of Aaron Paul and directors Judd Apatow and Brad Bird are vehemently against its presence.

For its part, Netflix claims it will work with filmmakers to make sure there's no impact on the quality of the content when it's slowed down or sped up. That includes, but is not limited to, automatically tweaking the pitch to ensure the audio doesn't get distorted. In the announcement, Netflix's vice president of product innovation Keela Robison said: “We've also been mindful of the concerns of some creators. It's why we have capped the range of playback speeds and require members to vary the speed each time they watch something new — versus fixing their settings based on the last speed they used.”

Netflix said it has conducted “extensive surveys” that showed watching the same titles with or without the feature didn't impact perceptions of the content's quality — and was essential to others with disabilities. Robison said as much: “The feature has been much requested by members for years. Most important of all, our tests show that consumers value the flexibility it provides whether it's rewatching their favourite scene or slowing things down because they're watching with subtitles or have hearing difficulties.”

Netflix's new playback speed controls are being slowly rolled out, it seems, as Gadgets 360 was unable to see the feature on three separate accounts across devices in India.