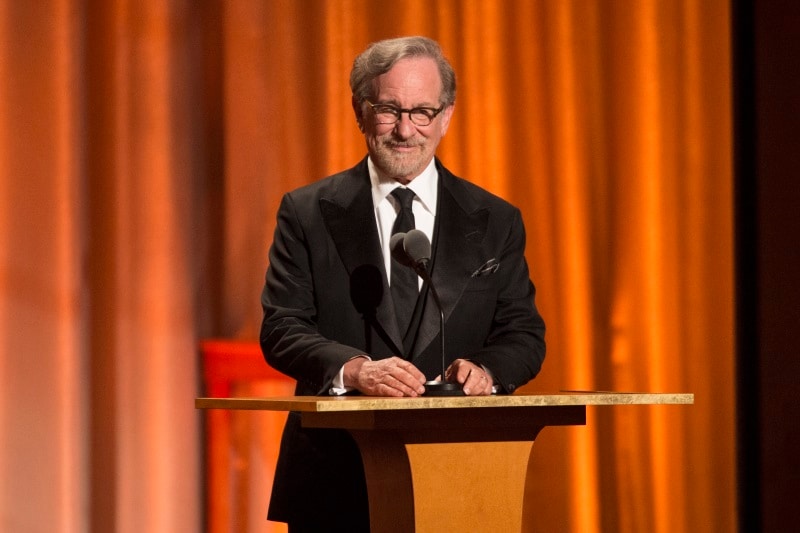 Steven Spielberg at the 2018 Governors Awards in November 2018

Steven Spielberg is a known critic of Netflix's release model and he's now taking the fight to the Oscars. At the upcoming annual post-Oscars meeting of the Academy's Board of Governors in April, the 72-year-old director and producer plans to push for rule changes that will bar Netflix movies — such as Roma, which won three awards at the 2019 Oscars — from being nominated at the Oscars. Naturally, this has divided Hollywood filmmakers, who are split on what the best approach is — if one does even exist. Netflix responded too, late over the weekend.

“Steven feels strongly about the difference between the streaming and theatrical situation,” a spokesperson for Amblin, Spielberg's producing banner, told IndieWire in a statement last week. “He'll be happy if the others will join [his campaign] when that comes up [at the Academy Board of Governors meeting]. He will see what happens.”

“Awards rules discussions are ongoing with the branches. And the Board will likely consider the topic at the April meeting,” the Academy said in a prepared statement.

Spielberg is an influential figure in Hollywood, and the Academy, thanks to his standing as the Academy Governor representing the directors' branch. He has said in the past that Netflix movies should compete only at the Emmys, which cover TV releases. The Emmys do have a section for “TV movies”, where films from the likes of HBO are nominated.

But it would be tough for the Academy to rule out Netflix movies, since they aren't failing any release standards as of now. Netflix has given films such as Roma a short three-week release window in independent US cinemas, which qualifies it for the Oscars, as they require just one week of exclusive theatrical distribution.

Some Academy insiders, speaking to IndieWire and TheWrap, claimed that proposed changes might include a four- or six-week period for theatres before streaming, but the Academy wouldn't easily accept that given how it would affect other non-streaming indie movies.

The most prominent critic yet has been director Ava DuVernay. In a tweet on Friday, she said: “Dear @TheAcademy, This is a Board of Governors meeting. And regular branch members can't be there. But I hope if this is true, that you'll have filmmakers in the room or read statements from directors like me who feel differently.”

Sean Baker, director of The Florida Project, brought up a strange proposal late on Saturday: “Wouldn't it be great if @netflix offered a “theatrical tier” to their pricing plans? For a nominal fee, Netflix members could see Netflix films in theatres for free. I know I'd spend an extra 2 dollars a month to see films like Roma or Buster Scruggs on the big screen.”

Baker admitted this was “just an idea with no details ironed out. But we need to find solutions like this in which everybody bends a bit in order to keep the film community (which includes theatre owners, film festivals and competitive distributors) alive and kicking.”

Joseph Kahn, a music video director who has worked with artists such as Lady Gaga, noted that it's riskier for traditional studios, as opposed to Netflix, to take big bets on “unorthodox creative”. He cited the example of DuVernay's film, A Wrinkle in Time, which “bombed” for Disney and possibly “cost some executive their job. If released on Netflix no big deal as long as the subscriber base increases next quarter.”

“Ultimately the Oscars are meant to promote the theatrical experience,” Kahn added. “Netflix releasing in one theatre and claiming they should be celebrated the same way as BlacKkKlansman or even yes, Green Book, is not remotely fair.”

But Spielberg's stance overlooks the experience for audiences globally. In countries such as India, it's common for Oscar-nominated movies to not ever show up. BlacKkKlansman, The Favourite, and Vice — all three nominated for Best Picture at the 2019 Oscars — haven't released in Indians cinemas, while Oscar-winner Green Book had a limited run in big cities. Roma, on the other hand, has been available to every Netflix member globally since its release on the platform.

Prasanna Ranganathan, an associate producer on upcoming Indian film Dream Girl, said as much in his tweets, in that “Netflix is making films accessible for everyone around the world”. Moreover, he noted that “Netflix is producing more content than any other studio & giving opportunities to under-represented artists and filmmakers to make content with virtually no restrictions.”

“If the Academy's commitment to diversity & inclusion as articulated in its A2020 strategy is as robust as it seems, excluding Netflix and its diverse artists, storytellers & filmmakers from awards consideration makes no sense,” Ranganathan concluded.

In a tweet late on Sunday, Netflix responded via its Film Twitter account that it “loves cinema” but it also loves “access for people who can't always afford, or live in towns without, theaters”, “letting everyone, everywhere enjoy releases at the same time” and “giving filmmakers more ways to share art”.