A lucrative mini-industry in retelling the story has spun out. 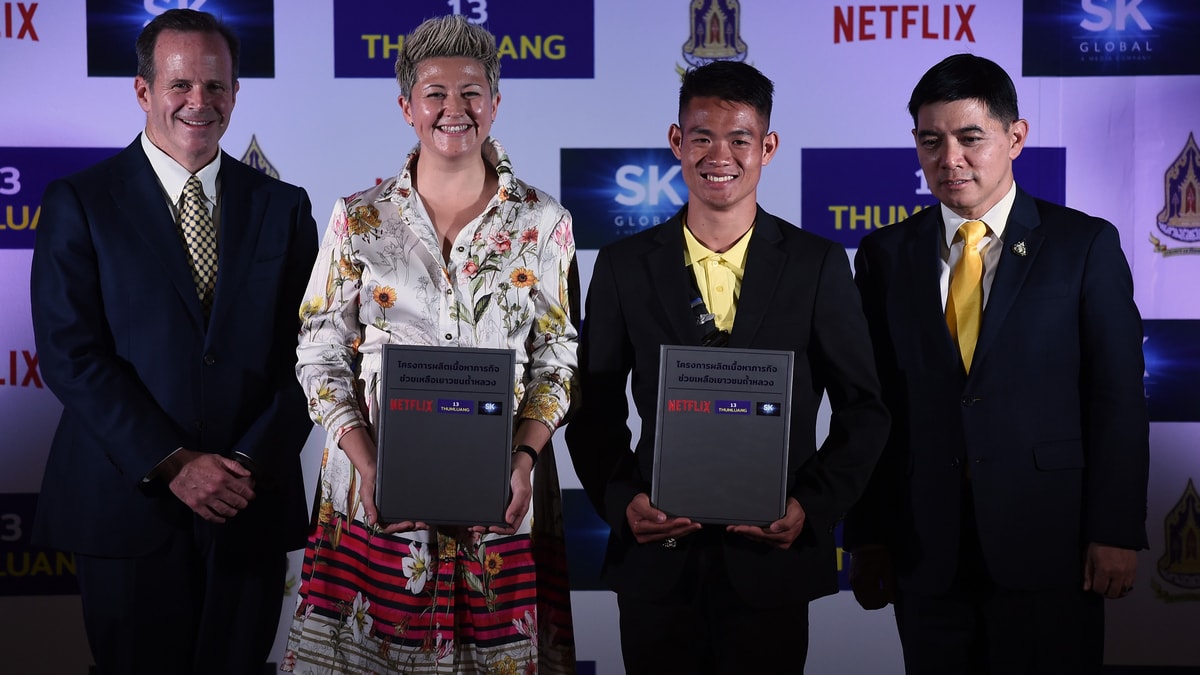 Netflix agreed Tuesday to team up with the makers of Crazy Rich Asians for a production based on the gripping real-life rescue of the "Wild Boars" football team from a flooded Thai cave.

But the streaming giant would not immediately be drawn on whether it would give the saga its high-end mini-series treatment or be made into a film.

The 12 boys and their coach became trapped in a flooded Tham Luang cave in northern Thailand during the monsoon season on June 23 last year after finishing football training.

The twists and turns of their dramatic 18-day rescue dominated international headlines, as dive experts worked round the clock to extract them from the bowels of the cave with waters rising and food running out.

The Wild Boars, several of them from poor and marginalised ethnic hill tribes, have since been catapulted to global fame, revelling in invites from professional football clubs and television appearances including on Ellen Degeneres' headlining US daytime show.

A lucrative mini-industry in retelling their story has spun out, with local and international film companies and publishing houses queuing up to squeeze out books, films and documentaries.

"There is a universality to storytelling and this incredible tale is no exception," said Erika North, director of international originals for Netflix at a ceremony attended by SK Global - producers of Crazy Rich Asians - the Wild Boars team and their coach.

"We are looking to tell the most authentic story possible," she said, adding it would not be finished this year but refused to confirm the format it would take.

The 12 boys and their coach, dressed in suits with yellow shirts - royal colours to commemorate this weekend's coronation of the Thai king - beamed for photographers.

Coach Ekkapol Chantawong is president of the newly-minted 13 Thumluang Company - which is the bridging point between the production houses, the boys and their families.

"Netflix will be able to bring out the whole story and portray it correctly," he told reporters.

Also present was army Lieutenant-General Werachon Sukondhapatipak, an advisor to the 13 Thumluang Company and former spokesman for the ruling junta.

No financial details were given at Tuesday's press conference amid rumours of life-changing payouts to the team and their families in exchange for helping with the project.

Werachon said the team planned to give around 20 percent of any earnings to charity "because the families and the boys recognise they have been helped and supported by so many people," though he acknowledged this was "voluntary" for the youngsters.

Thai authorities want to keep a close hand on international productions of the saga, aware of the potential for disagreements over rights and retellings that veer from their portrayal of events.

The boys - who were sedated for the arduous hours-long rescue -- were eventually extracted from the cave by teams of expert divers.

A separate project due out later this year is feature-length film The Cave from Thai-born director Tom Waller, who enlisted real rescuers as actors in the movie.