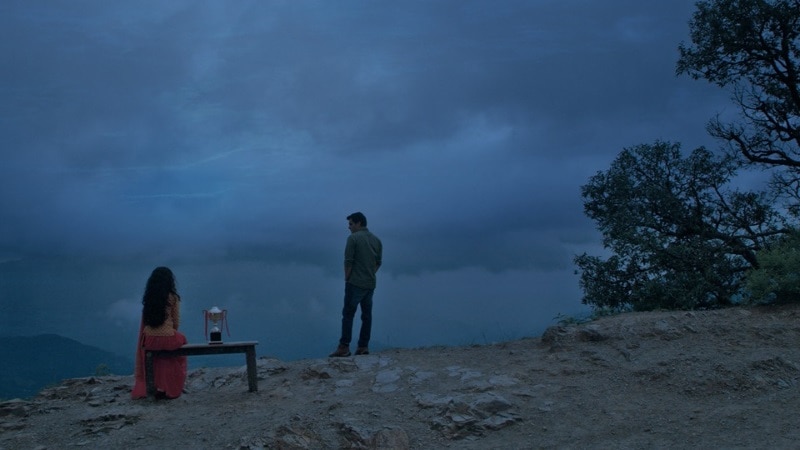 A still from Netflix's next Indian film, Music Teacher

Netflix has set an April 19, 2019 release date for its next original film from India — Music Teacher — which is about “a dejected small-town music teacher (Manav Kaul, from Tumhari Sulu) who grapples with guilt and regret when his ex-pupil (Amrita Bagchi, from Phobia) who once loved him returns home as the star he always wanted to be”. Directed by Sarthak Dasgupta (The Great Indian Butterfly), Music Teacher also stars National Film Award-winners Divya Dutta (Bhaag Milkha Bhaag) and Neena Gupta (Badhaai Ho), and Niharika Lyra Dutt (Die Trying). Music Teacher is a production of Saregama-owned Yoodlee Films, which also made Brij Mohan Amar Rahe for Netflix.

The release date for Music Teacher was unveiled as part of Netflix's look at upcoming titles on its platform in April, wherein you can catch a few seconds of footage from the film, starting at 57 seconds in the clip below. There's not much to glean here, of course, except that the film will involve some sort of a love story, which is confirmed by the official synopsis provided by Saregama:

“Despite his ambitions to make it big, Beni is still stuck in the hills, bitter and hurt, struggling to make ends meet by teaching music and singing in clubs. Jyotsna, his estranged student and now a Bollywood singer, left the hills 8 years ago. The town is abuzz with the news of Jyotsna's return to perform at a music concert. Beni has to come to terms with the pains of the past and the delusions of the present to deal with both, Jyotsna's presence in the hills and in his life.”

Music Teacher was first announced by Netflix at a showcase event in Singapore in November last year, alongside the Delhi-set critically-acclaimed crime drama Soni in January, the Priyanka Chopra-produced Marathi film Firebrand in February, and Madhuri Dixit-produced Marathi film 15 August that released Friday this week. Having released six films and documentaries last year, Netflix has been ramping up its Indian film acquisitions in 2019, with a slate of nine movies — including Music Teacher — currently planned.

From India in April, Netflix also has the second season of its cricket drama — Selection Day: Part 2 — on April 22, 2019, and the kids animated series, Mighty Little Bheem, before that on April 12, 2019.