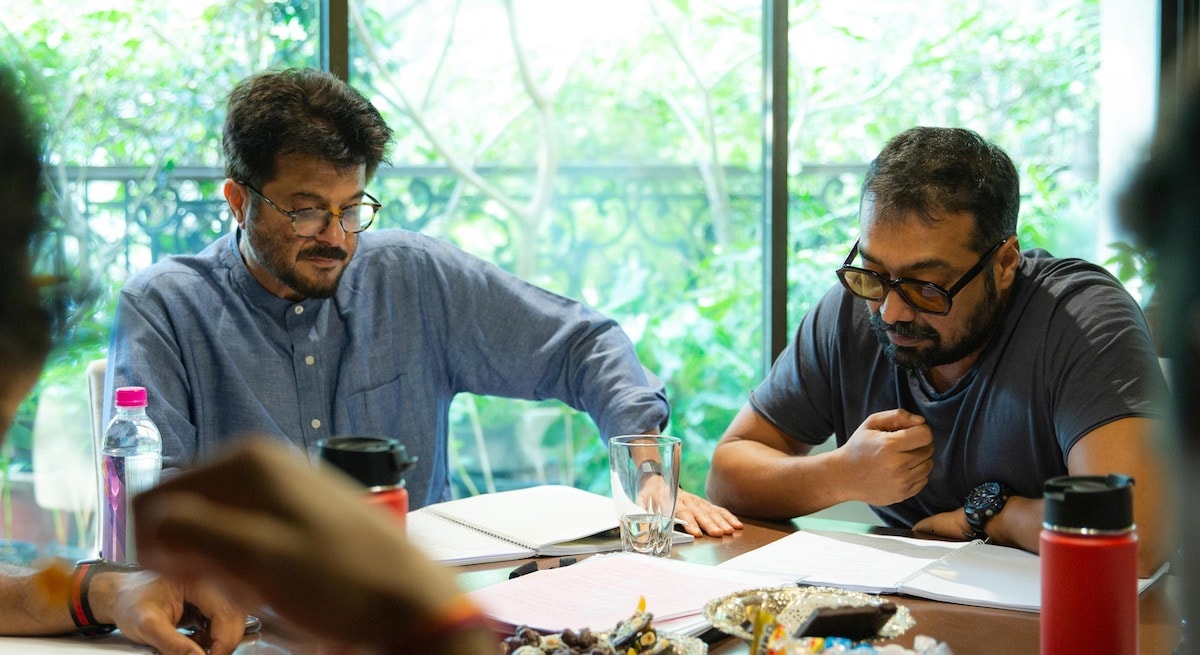 Anil Kapoor, Anurag Kashyap at a table-read for AK vs AK

Johar's The Other consists of four short films “that showcase completely different facets of the ‘other' angle. Shedding light on relationships and their complexities, The Other signifies the third person in a relationship — the one who breaks it, or, maybe even completes it.” The Other is already in production, but directors have not been revealed.

“An anthology allows us to bring together diverse creative minds to showcase different facets of the same concept in a unique manner, and Netflix presents these beautifully,” Johar said in a prepared statement. “The Other is one such film that delves into the various complexities of human relationships. Each director will bring their unique vision to the table, amalgamating in a piece that many viewers across the world will definitely resonate with.”

In Kashyap's Choked, “a hapless bank cashier's life takes a turn when she finds a source of unlimited money choked in her own kitchen.” Kashyap said in a prepared statement: “I have found a home in Netflix and with every project, I do with them, I feel like I'm able to push my creative boundaries a little more. Choked is unlike anything I've done before, much like all my outings with Netflix, and is a story that, I believe will appeal to a varied audience.”

Meanwhile, Motwane's AK vs AK is about “a brash film director [who] kidnaps the daughter of a well-known movie star. While the star is relentlessly searching for his daughter, the director/kidnapper films the desperate search in real-time for his next blockbuster movie.” As you can tell, the whole thing is going to feel meta, with Kashyap and Kapoor no doubt playing the “brash director” and “the star”, respectively. Their initials are in the title, after all.

“AK vs AK has an extremely, unique and gripping storyline and Netflix is the perfect platform for it because of their organic disposition to take creative leaps of faith and constantly push the envelope every single time,” Motwane said in a prepared statement.

“Attempting your craft on a completely different platform is both exciting and daunting, and it's a challenge I'd take on only with a committed streaming service like Netflix,” Kapoor added. “I've partnered with Netflix on Selection Day and Mowgli: Legend of the Jungle in the past and am amazed at how far and wide the stories have travelled. And being able to take this leap with Vikram and Anurag promises to be an exceptional experience. I can't wait for these stories to come to life.”

Netflix's head of original films for India, Srishti Behl Arya, said: “We are making films that our members in India and around the world will love. As we continue to expand our film slate in India, we are thrilled to work with imaginative storytellers who break boundaries and choose the unexpected over the safe. We want to be a home for India's finest filmmakers and their unique, universal, and personal stories.”