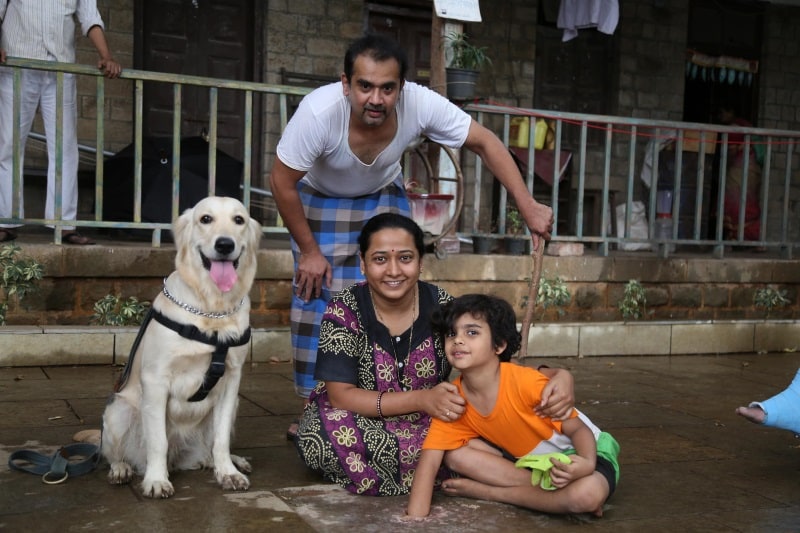 A promo still from Netflix India’s next Marathi film, ‘15 August’

Netflix has set March 29, 2019 as the release date of its Madhuri Dixit-produced original Marathi film, ‘15 August', which is “set in a Mumbai chawl, and follows the course of a single day as its residents prepare for the flag-hoisting ceremony. It is about the struggles of middle-class India and in a soaring climax, it is about how love sets us free.” You would think that a film set on India's Independence Day would be timed to release around that period, but Netflix doesn't seem to be bothered. 15 August stars Rahul Pethe (Ventilator), Mrinmayee Deshpande (Natsamrat), Adinath Kothare (Zapatlela 2), Vaibhav Mangale (Timepass), Jaywant Wadkar (Baby), Satish Pulekar (Yeda), Nayana Apte (Chupke Chupke), and Uday Tikekar (Simmba).

Netflix first announced 15 August back at a showcase event in Singapore last November, alongside award-winning Soni and Priyanka Chopra-produced Firebrand, but it didn't reveal much about the film then. According to tweets, Swapnaneel Jayakar (Tendulkar Out) has directed 15 August, off a script by Yogesh Vinayak Joshi (Mumbai Meri Jaan). 15 August was reportedly shot in an actual chawl in Mumbai's north-western suburb of Malad, per Bollywood Hungama, back in February last year. The film has been ready since August.

Known for her award-winning acting work in Bollywood during the 1980s and 1990s, when she starred in films such as Dil To Pagal Hai, Hum Aapke Hain Koun...!, and Ram Lakhan, 15 August is the first producing venture for Dixit, under her new banner RnM Moving Pictures, which she co-founded with her husband Dr. Shriram Nene. Dixit is returning to the bright lights after a hiatus during the 2000s — when she moved to the US for over a decade, and starred in a failed comeback film in 2007's Aaja Nachle — having appeared in five films over as many years, including last Friday's critically-panned Total Dhamaal. Dixit will be next seen in the partition drama Kalank, alongside Alia Bhatt and Varun Dhawan, out in April.

For Netflix, 15 August arrives a week after its latest original series from India, Delhi Crime, a police procedural thriller series from Indo-Canadian writer-director Richie Mehta (Amal, Siddharth) and starring Shefali Shah (Monsoon Wedding), whose first season is inspired by the Delhi Police's investigation into the 2012 rape of a young woman. Netflix also has the IPL docu-series, Cricket Fever: Mumbai Indians, at the start of March.