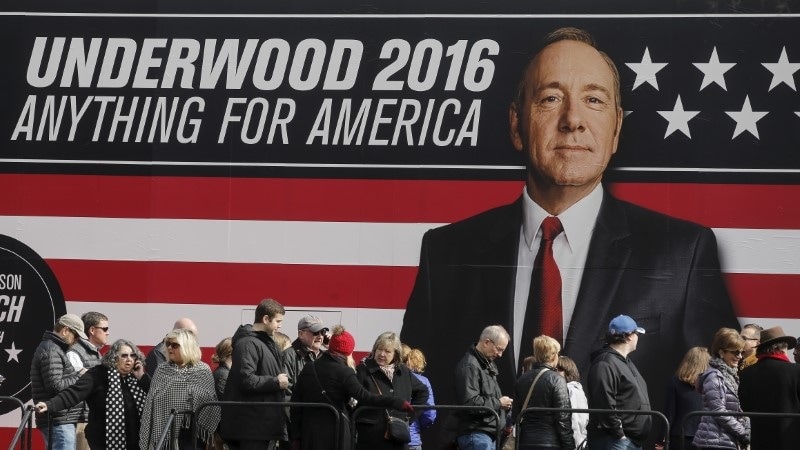 Netflix Inc severed ties on Friday with Kevin Spacey, one of its biggest stars and the lead in its popular drama "House of Cards," after a number of allegations of sexual misconduct against the Oscar-winning actor.

The streaming company suspended production earlier this week of the upcoming sixth and final season of the political intrigue drama, in which Spacey plays US president Frank Underwood.

"Netflix will not be involved with any further production of 'House of Cards' that includes Kevin Spacey," the company said in a statement late on Friday.

Spacey's publicist cut ties with him on Thursday and it was not known who currently represents him.

His departure may not mean the end of the show, however.

"While we continue the ongoing investigation into the serious allegations concerning Kevin Spacey’s behavior on the set of 'House of Cards,' he has been suspended, effective immediately," Media Rights Capital, the company that produces the show, said in a statement.

"MRC, in partnership with Netflix, will continue to evaluate a creative path forward for the program during the hiatus," it said.

The Netflix statement also said the company will work with MRC to determine the show's future.

Spacey, who has had a successful career in film, television and theater, is one of several big names in the entertainment business to be accused of sexual misconduct by people coming forward in the wake of allegations against movie producer Harvey Weinstein.

Spacey apologised last weekend to actor Anthony Rapp, who had accused him of trying to seduce him in 1986 when Rapp was 14. CNN reported on Thursday that eight current and former employees of "House of Cards," who were not identified, alleged sexual misconduct against Spacey.

Reuters was unable to independently confirm any of the accusations.

Spacey, as part of his apology to Rapp, announced he was gay, which angered many in the LGBT community and beyond who saw his announcement as an effort to divert attention from the accusation by Rapp.

Spacey has sought evaluation and treatment, his representatives said in a statement on Wednesday, without providing details on the nature of the treatment.

The announcement that he would seek treatment followed harassment allegations against him this week by Mexican actor Roberto Cavazos, who worked in the London theater where Spacey was artistic director from 2004-2015, and US filmmaker Tony Montana.

MRC said in a statement on Thursday it had handled one incident in 2012 in which a crew member it did not identify "shared a complaint about a specific remark and gesture made by Kevin Spacey" and that immediate action had been taken and the issue was resolved.

It said Spacey had "willingly participated in a training process" and that it was not aware of any complaints since then involving the actor.

Netflix's move to cut ties with Spacey went beyond "House of Cards."

The company will not release the film "Gore," which was in post-production and was produced by Spacey, its statement said. Spacey plays the late writer Gore Vidal.