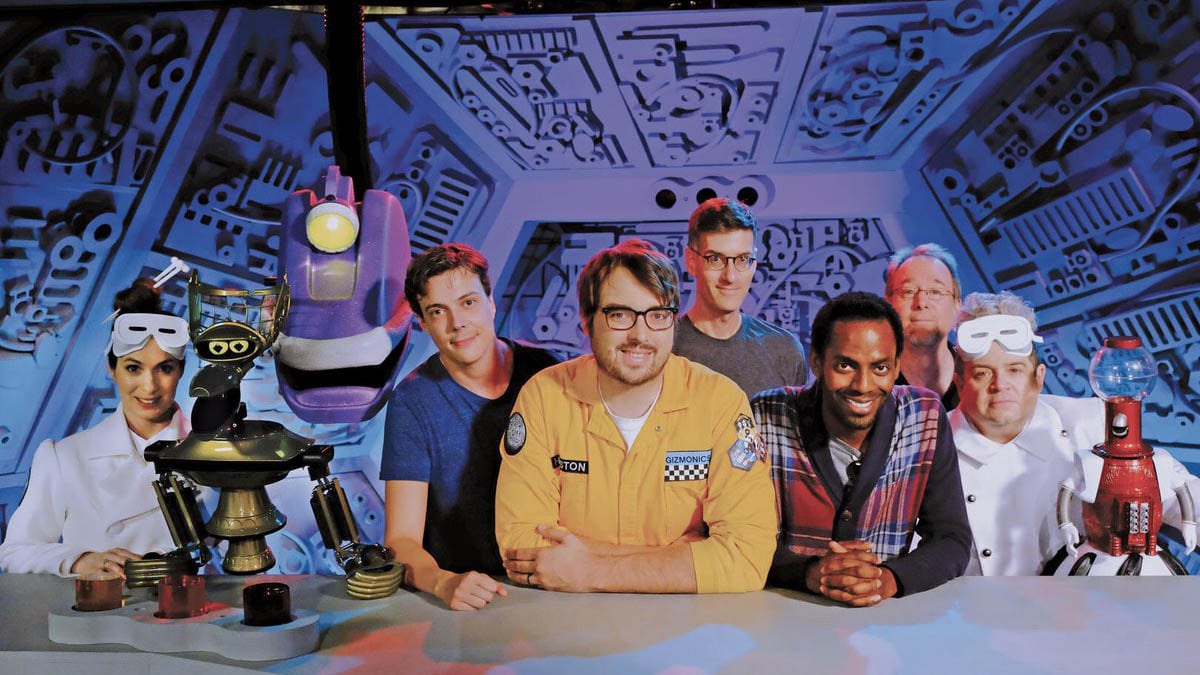 There aren’t any more details on the show’s return, except the accompanying image above that shows the cast and crew, involving creator Joel Hodgson, Patton Oswalt, Felicia Day, and Jonah Ray.

The revival/ reboot, depending on how you see it, has been titled Mystery Science Theater 3000: The Return. It will carry over the premise of its original, meaning the two Mads – Oswalt and Day – will launch Ray into the Satellite of Love (it’s not an actual satellite), and make him watch terrible B-movies, which will be incessantly mocked for their, well, terribleness. All of the new episodes have been written by Dan Harmon and Joel McHale, creator and actor on Community respectively, under head writer Elliott Kalan, formerly of The Daily Show.

Unfortunately for Netflix subscribers in India, the new series is currently slated for availability only in six regions: the US, Canada, the UK, Ireland, Australia, and New Zealand. We’ve reached out to Netflix India for comment, on whether it will eventually be made available here, and will update once we hear back.

For those who backed the project over at Kickstarter, but don’t live in those countries, Hodgson had something to say: “[If] your rewards include the new episodes – or the livestream screening of the first new episode — we’ll make sure you have them by April 14, when the new episodes premiere on Netflix.”

Apart from the reveal of the release date, there’s also good news for people who have been craving MST3K merchandise. Dark Horse, the comics publisher, announced a “brand-new comic series, as well as a variety of Dark Horse–designed products” for MST3K last week.