The final season of the Rami Malek show. 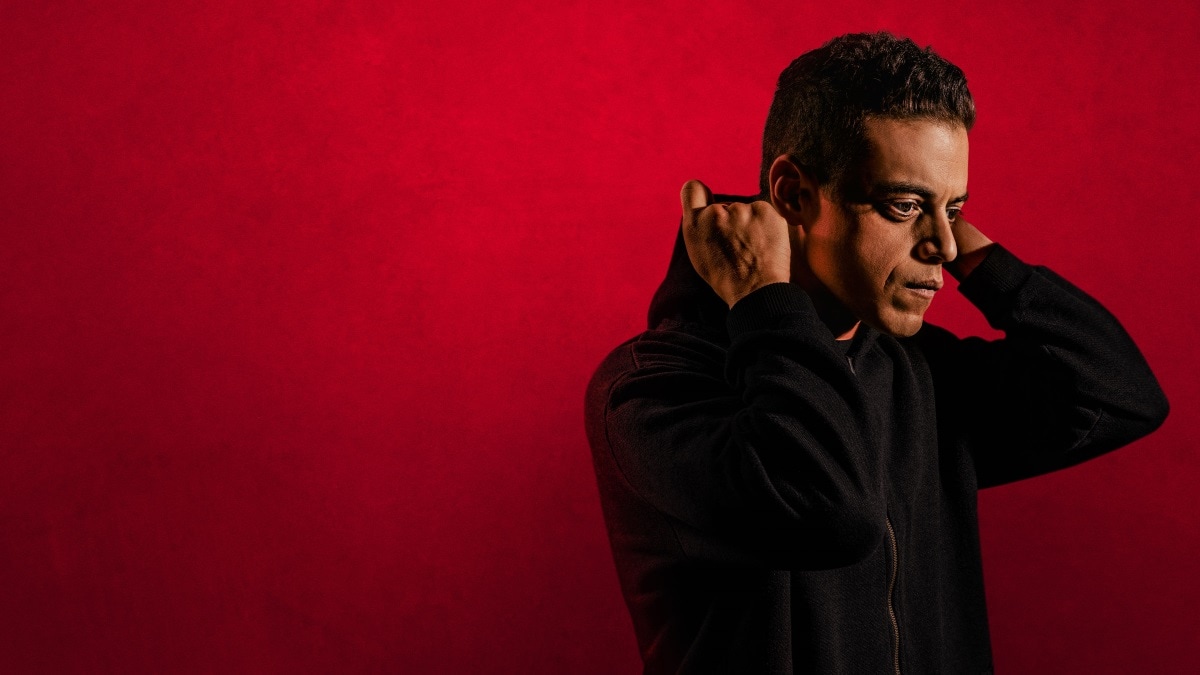 Rami Malek in a promo still for Mr. Robot season 4

We have a trailer and release date for Mr. Robot season 4: October 6. USA Network has released a one-minute look at the fourth and final season of the Rami Malek-starrer techno thriller series, which returns after nearly two years thanks to Malek and creator Sam Esmail's other commitments. (Malek played Freddie Mercury in Queen biopic Bohemian Rhapsody, for which he won an Oscar. Esmail was busy with the Julia Roberts-starrer Prime Video series Homecoming.) Mr. Robot season 4 is set during the Christmas period, the network has announced, and it's also the longest season to date with 13 episodes in total, up from the count of 12 was previously floated.

The new Mr. Robot season 4 trailer opens at Wall Street on Christmas, then includes shots of an ice rink, and a Santa carrying a packed Christmas tree in the New York subway, before we meet with Elliot (Malek) and his imaginary friend, Mr. Robot (Christian Slater), who takes the image of his dad. Elliot then says: “We need to get back to work.” A series of haunting images — all set to a bleak instrumental rendition of Christmas carol “Silent Night” — gives us a peek at Darlene (Carly Chaikin), Whiterose (BD Wong), E Corp headquarters, FBI agent Dom (Grace Gummer), and psychiatrist Krista (Gloria Reuben).

While we are shown all that, an unseen Mr. Robot says: “You go down this path, it will never end. There'll always be something else, another symbol to destroy, more people to save. This is an endless war.” There are some nicely framed shots in the new Mr. Robot season 4 trailer, including one involving two people running down orange-coloured stairs, blood on a bouquet of white roses as daylight filters in through the curtains while someone lies on the floor, and a top-down shot of a bathroom.

Towards the end of the trailer, Mr. Robot adds: “What you're about to do is crossing the line,” to which Elliot replies: “It's a little late for that, don't you think?” As you can tell from the trailer, Elliot will resume his mission of going after the top 0.01 percent of society, which puts him in the crosshairs of Whiterose, who's also China's Minister of State Security as a trans woman and controls the Dark Army, and the E Corp's ruthless CEO Phillip Price (Michael Cristofer).

Mr. Robot season 4 premieres October 6 on USA Network in the US, and October 7 on Colors Infinity in India.