At least there was actual footage in the March preview. 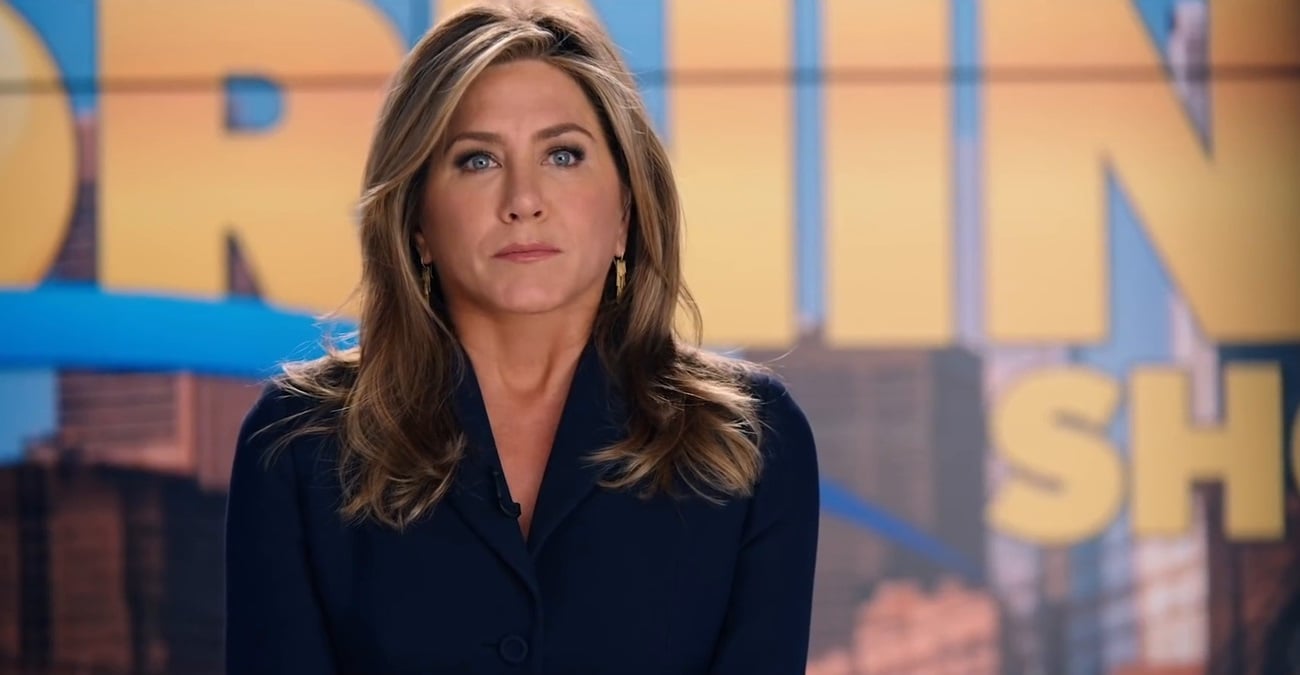 Apple has released the first teaser trailer for The Morning Show, the news drama starring the likes of Jennifer Aniston, Reese Witherspoon, and Steve Carell in the lead, alongside a supporting cast featuring Gugu Mbatha-Raw (Beyond the Lights), Billy Crudup (Almost Famous), Néstor Carbonell (Lost), and Mark Duplass (Togetherness). The Morning Show trailer doesn't include a single peek at the characters being played by any of them. Instead, it features shots of the newsroom overlaid with voice-overs from Aniston, Witherspoon, Carell, and Crudup laying out their principles, what they're fighting for, and the service they provide to audiences. Weirdly, Apple's TV+ preview from March (below) had more footage of the characters.

The Morning Show teaser trailer opens in a dimly lit hallway, with a poster for the show-within-a-show visible in the left corner of the frame, featuring Carrell and Aniston's characters. Alex (Aniston) is the first to chime in, as she says: “Good morning. I'm bringing you some sad and upsetting news. First and foremost...” before Mitch (Carell) chimes in: “I am a journalist. I can feel when the world needs me.” This all takes place while we get shots of Mitch Kessler's office, where we see a few awards and a photo of Mitch with Alex. Alex then jumps in to remark: “Because, guess what, America loves me.”

It's then Bradley (Witherspoon) who interrupts: “I'm just here to deliver the news to America. That's all I ever wanted to do.” As we get footage of suits that the hosts wear on The Morning Show, Cory (Crudup)_ says: “People get their horrible news delivered to the palm of their hand.” The voiceovers then increasingly overlap as Alex, Mitch, and Bradley stand their ground and dig deep. Alex says: “Don't you ever question my integrity in my own house again.” before Mitch adds: “I feel that people are screaming for an honest conversation.” only for Alex to reply: “I can guarantee that you are underestimating me.”

“I think they want to know the person behind the façade,” Bradley notes, for Mitch to say: “I have to fight back.”, Alex replying with, “You're not listening.” and Bradley remarking: “I push. It's just in my nature.” As we are shown footage of the edit room, Alex says: “You're part of this family. I don't need to justify anything.” only for Bradley to chime in with, “And they all want to be right, and they all want to win.” Cory then returns to add, “Well, that's just the world it is.” before Bradley closes things out: “I think they want to trust that the person is telling them the truth about the world is an honest person.”

It's clear from the new Morning Show trailer that the Apple TV+ show is going to offer a self-serious take on American TV journalism. The Aaron Sorkin-created HBO drama The Newsroom was the last big series to do that for cable news in general, while Apple's The Morning Show has a narrower focus, as it plans to offer “an inside look at the lives of the people who help America wake up in the morning, exploring the unique challenges faced by the women and men who carry out this daily televised ritual.”

The Morning Show will release in autumn on Apple TV+, likely on the same day as the service's global launch.

Facebook Not to Buy Houseparty Over Antitrust Concerns: Report
Mi A3 India Launch Date Set for August 21, Xiaomi Confirm, Will Be Available via Amazon