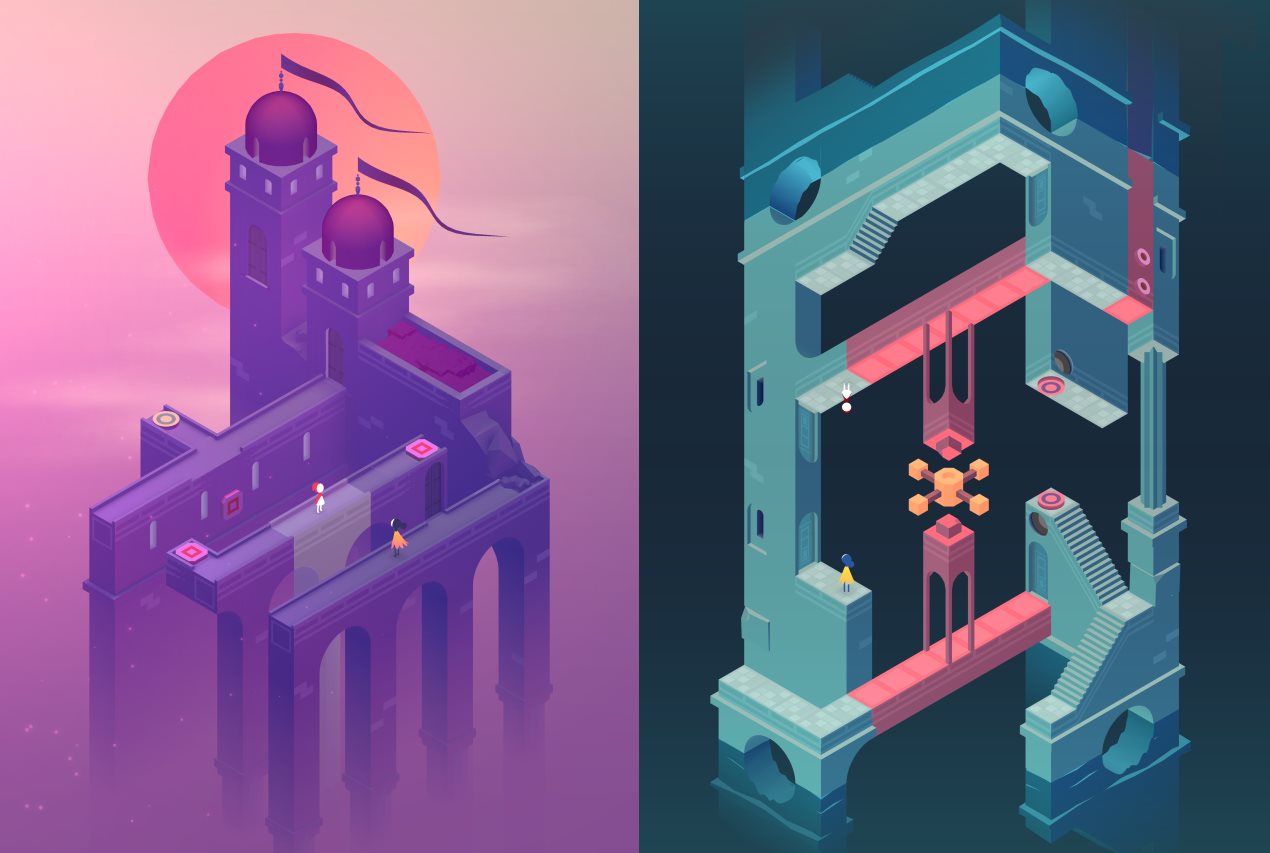 Monument Valley, the acclaimed mobile puzzle game from developer Ustwo Games, is getting the movie treatment. Paramount Pictures has tapped Patrick Osborne, Oscar winner for his 2014 animated short film Feast, to develop the series as a film in the hopes of creating “a live action/CG hybrid family franchise”, according to a new report.

Deadline brings word that Monument Valley is being turned into a movie, with Paramount, Osborne and Akiva Goldsman’s Weed Road Pictures attached. A screenwriter will soon be hired to work on the script with Osborne. Goldsman will produce, while Paramount’s Elizabeth Raposo and Weed Road's Greg Lessans will oversee.

“Monument Valley is a one of a kind experience, at once small in its meditative, simple gameplay, as well as enormous in its sense of history,” Osborne said in a statement. “I’m privileged to be handed the reins to Ida’s mysterious kingdom, to play in her world of impossible architecture where seeing things differently is everything. I am thrilled to bring this unique world to theaters with the talented storytellers of Paramount and Weed Road.”

“It’s been four years since we launched the first Monument Valley and have been waiting for the perfect opportunity to take our world of beauty and impossibility into cinema,” Dan Gray, head of Ustwo Games added. “We’re incredibly happy that we’ve found the perfect creative partners in Paramount, Weed Road and Patrick Osborne to champion this concept forward into another medium.”

Monument Valley first appeared on mobile screens in 2014, tasking players with navigating optical illusions and impossible objects, in a world inspired by Japanese prints, minimalist sculpture, M.C. Escher drawings and other indie games such as Fez and Sword & Sworcery. Its sequel, Monument Valley 2, released last year building on the original’s mechanics while being more story-driven.

Osborne is currently working on his first feature film called Nimona, an animated action-adventure based on Noelle Stevenson’s webcomic/graphic novel of the same name, slated to release early 2020.

Slack Raises $427 Million in New Funding Round, Valuing It at $7.1 Billion