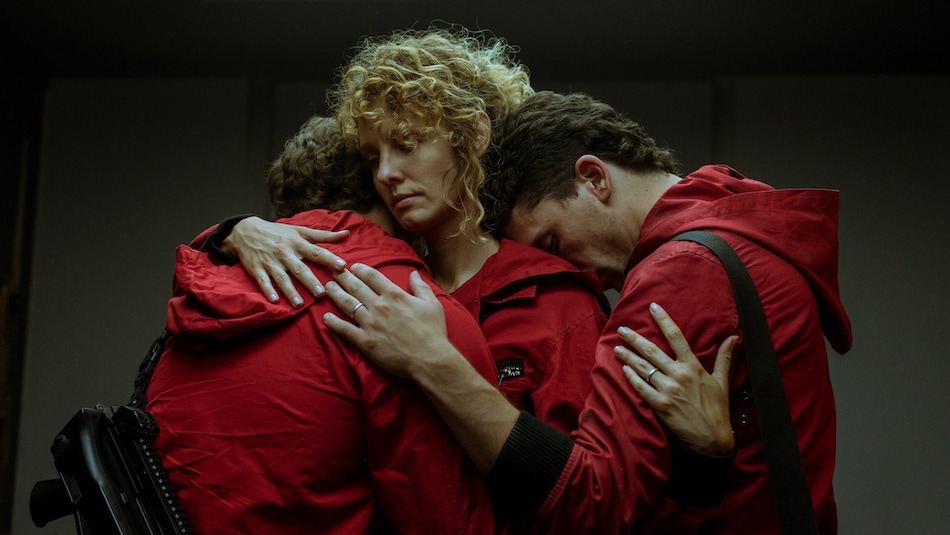 Money Heist season 5 has gotten a release date — or rather, release dates. Netflix announced Monday that the fifth and final season of La casa de papel will be split into two halves of five episodes each. Money Heist season 5 “Volume 1” will drop September 3 on Netflix, with “Volume 2” following towards the end of the year on December 3. This is somewhat in keeping with Money Heist's release history. Though it's colloquially called season 5, it's technically Money Heist: Part 5, as the four previous parts together make up the first two seasons. From that viewpoint, the upcoming 10-episode Part 5 would in fact be season 3 that will have two volumes.

“When we began to write Part 5 in the midst of the pandemic, we felt that we had to change what was expected from the ten-episode season and used every tool we could to create the sensation of a season finale or series finale in the first volume itself,” Money Heist creator Álex Pina said in a prepared statement. “We decided to work in an extremely aggressive genre, putting The Gang on the ropes. In volume 2, we focus more on the emotional situation of the characters. It is a journey across their sentimental map that connects us directly to their departure.”

The gang has been shut in the Bank of Spain for over 100 hours. They have managed to rescue Lisbon, but their darkest moment is upon them after losing one of their own. The Professor has been captured by Sierra and, for the first time, doesn't have an escape plan. Just when it seems like nothing else could go wrong, an enemy comes on the scene that is much more powerful than any they've faced: the army. The end of the greatest heist in history is approaching, and what began as a robbery will turn into a war.

The September 3 premiere for Money Heist season 5 fits within what had earlier been revealed. Back in April, at the streaming service's quarterly earnings call, Netflix co-CEO and chief content officer Ted Sarandos had said that Money Heist season 5 would air in the second half of 2021. The December 3 release date for the final batch of Money Heist episodes is also poetic in some ways. Money Heist began its Netflix journey in December 2017 — it originally aired on Antena 3 in Spain beginning in May 2017 — and it's now set to conclude that run in the same month four years later.

In that time, Money Heist has grown to become one of Netflix's most-watched series overall and one of its most-watched non-English-language series, though the Spanish heist series lost the latter title to the French mystery thriller Lupin earlier in 2021. While Money Heist season 4 was viewed by 65 million Netflix member households in the first 28 days, Lupin season 1 drew 76 million eyeballs in the same period. Together, they equal / trail Henry Cavill-led The Witcher (also 76 million) and the Regency-era period romance hit Bridgerton (82 million).

Cryptocurrency Prices Bounce Back From Sell-Off, Bitcoin Still Down 30 Percent in May