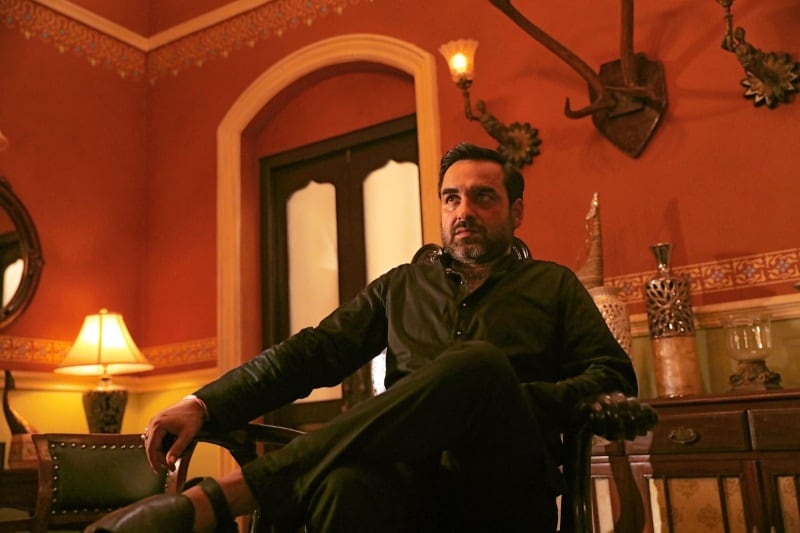 At the ongoing 2019 Television Critics Association press tour in California, Amazon Prime Video has announced over 20 new and returning original series, including seven from India. The crime drama Mirzapur has been officially greenlit for a second season, while the reality comedy series Comicstaan is getting a Tamil spin-off. The other five are Bandish Bandits, a romantic musical from director Anand Tiwari (Love Per Square Foot); The Last Hour, a crime thriller created by Amit Kumar (Monsoon Shootout); an untitled drama thriller from Udta Punjab writer Sudip Sharma; an untitled youth-focused political drama from Ali Abbas Zafar (Sultan); and an untitled reality series from comedian Sapan Verma.

Nearly three months after it premiered, Amazon has given Mirzapur season 2 a go and it will begin production later in 2019. Comicstaan, which had already been renewed for season 2 — minus Tanmay Bhat and featuring Zakir Khan — is getting a spin-off in Tamil, which will also be created and produced by Only Much Louder (OML). It will “search for the next big Tamil stand-up comedian, where six contestants compete every week in different genres of comedy, judged by an audience and a panel of judges. The contestants are mentored in different genres of comedy by veteran Tamil comedians.”

Directed by Tiwari and written by Amritpal Singh Bindra, who worked together on Netflix's Love Per Square Foot, Bandish Bandits is “a young, dynamic love story between Radhe, a skilled Indian classical singer shackled by centuries of tradition and Tamanna, a free-spirited pop star who makes up for her mediocre talent with her skills as a seasoned performer. Despite coming from very different worlds, the two set out together on a journey of self-discovery to see if opposites, though they might attract, can also adapt and go the long haul.” Bandish Bandits will release in 2019 on Prime Video. Still and Still Media Collective is the production house.

Oscar-winner Asif Kapadia, best known for directing documentaries such as Senna and Amy, is an executive producer on The Last Hour, which is “a crime thriller with a supernatural twist set in a small picturesque hill station in the Himalayas”. The Last Hour went into production in January 2019.

Sudip Sharma's drama thriller series will be produced by Anushka Sharma's Clean Slate Films — which is also producing the period piece Bulbul for Netflix — and will begin production in February 2019. Amazon is calling it “an investigative thriller that also acts as a scathing commentary of modern-day Indian society and politics”. Clean Slate Films also produced the 2015 thriller NH10, which Sharma wrote.

Abbas Zafar's political drama — which he will supposedly write, produce and direct — will explore “the dark corners of Indian politics. Where powerful politicians, and those who aspire to be, sow chaos and manipulate others to control the country, ruthless pragmatism contrasts with the frustrations and aspirations of contemporary India and the ideals of the country's youth.” The series kicks off production in March 2019.

That leaves Sapan Verma's untitled reality series, which is being described as “a comedy talk-show hybrid where celebrities try their hand at stand-up comedy for the first time. Each episode will bring together a renowned stand-up comedian and a famous celebrity as they explore the celebrity's life, discuss moments they found funny while the comedian guides the celebrity to write a comedy set for the first time. Each episode will have Sapan, the guest comedian and the celebrity performing in front of a live audience at a local comedy club.” It will also be produced by OML.

Beyond India, the international shows announced by Amazon include The Power, a 10-part thriller from British author Naomi Alderman; La Templanza, a Spanish drama set in the 1860s; El Cid, another Spanish series that tells “the story of the most famous Spaniard in history”; the first-ever Italian series for Prime Video from writers Nicola Guaglianone and Menotti; Wir Kinder vom Bahnhof Zoo, a German show based on the controversial 1978 book; an unscripted social issue Japanese series from Vice Media Japan; and a Japanese version of The Bachelorette.

There are five shows from Mexico: True crime series El Presidente produced by Oscar‐winning director Pablo Larrain; an untitled sci-fi horror comedy from Dynamo (Narcos, El Chapo) and Red Creek Productions (Sins of My Father); comedy El Juego de las Llaves about long-term monogamy, self-realisation and desire, set in modern-day Mexico City; an untitled political thriller co-produced with Televisa; and Como Sobrevivir Soltero, a dramedy that offers “a fictionalised take on the life of Mexican actor Sebastian Zurita and a group of his millennial friends who are all unlucky in love”.