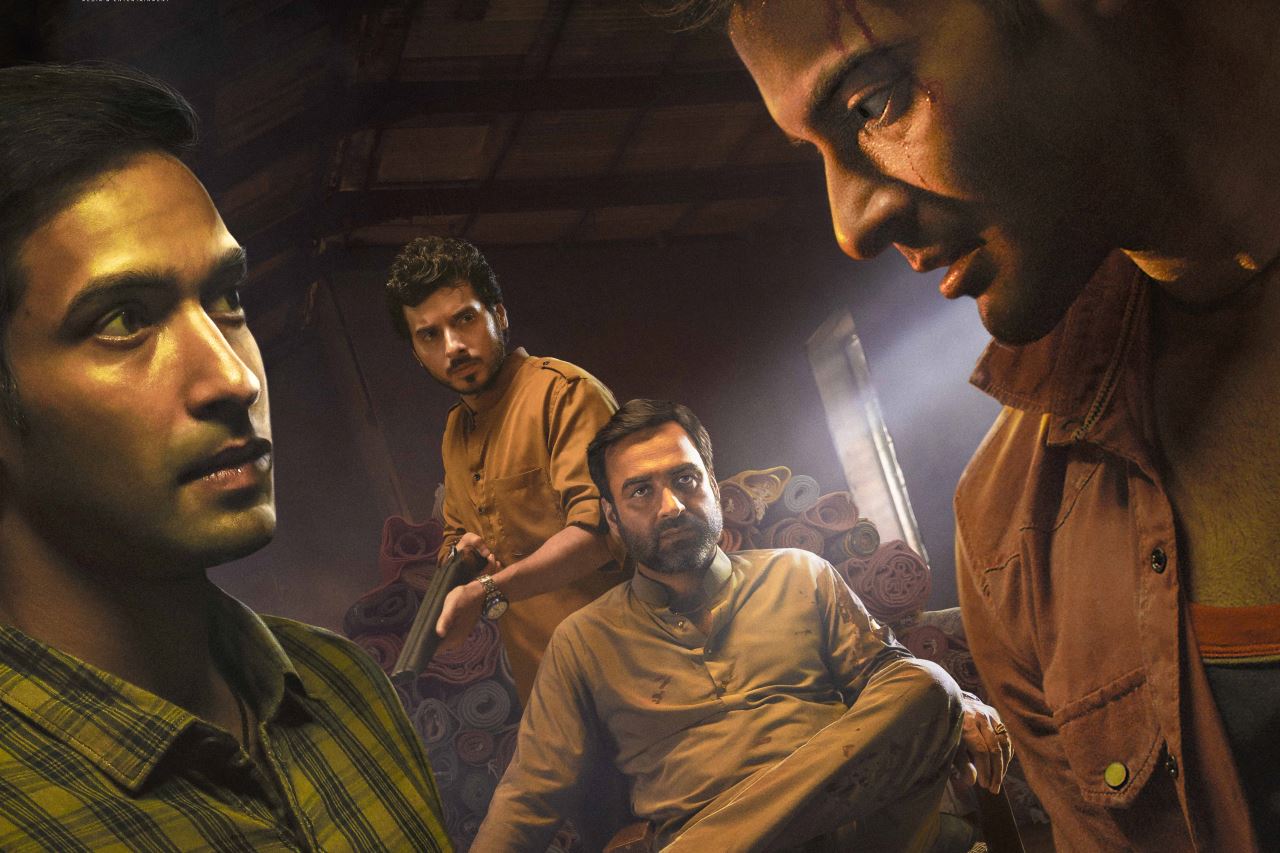 Here's the official synopsis for Mirzapur:

“The journey of two brothers lured by the idea of power only to get consumed by it, Mirzapur is an amped-up portrayal of India's heartland and youth. It's a world replete with drugs, guns, and lawlessness, where caste, power, egos and tempers intersect, and violence is the only way of life.”

“Iron-fisted Akhandanand Tripathi (Tripathi) is a millionaire carpet exporter and the mafia don of Mirzapur. His son, Munna — an unworthy, power-hungry heir — will stop at nothing to inherit his father's legacy. An incident at a wedding procession forces him to cross paths with Ramakant Pandit (Tailang), an upstanding lawyer, and his sons, Guddu (Fazal) and Bablu. This snowballs into a game of ambition, power and greed that threatens the fabric of the lawless city. With heart-pounding action, violence at an operatic scale, gangsters with sharp minds and dry humour, Mirzapur is a hinterland story that is as raw as it gets.”

This is the second collaboration for Prime Video, and Akhtar and Sidhwani after their International Emmy-nominated cricket-themed series Inside Edge. For Amazon, Mirzapur will be the fifth original series from India, after the aforementioned Inside Edge, the crime thriller Breathe, the comedy reality series Comicstaan, and the dating reality series Hear Me. Love Me.

“We are excited to collaborate again with Amazon Prime Video for the next Prime Original Series, Mirzapur,” Akhtar said in a prepared statement. “The success of Inside Edge reaffirms our faith in digital streaming in India, proving that these are indeed exciting times for storytellers, artists, writers and filmmakers. Mirzapur is a story not meant for the faint-hearted and it will make people think about the show for days after watching it.”

“We are thrilled to collaborate with Amazon Prime Video to present a genre-defining, bold and powerful story like Mirzapur,” Sidhwani said. “A show of this caliber with high production value and scale takes it to the next level of cinematic experience. We are taking a story set in the heartland of India to a global audience & are excited to see how viewers respond to it.”

“Mirzapur is the perfect storm. The creative freedom Amazon Prime Video allows, Excel's adroit production experience, [and] an ensemble cast that takes an already fantastic script and owns it,” Anshuman said. “This is a fine time for filmmakers and I'm looking forward to new collaborations.”