The Matrix Resurrections ticket bookings are now live in the US. 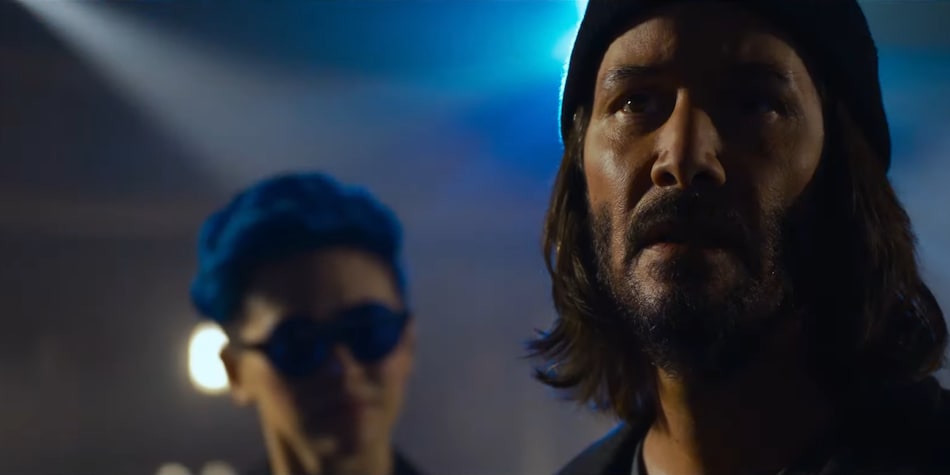 Jessica Henwick as Bugs, Keanu Reeves as Neo in The Matrix Resurrections

The Matrix Resurrections final trailer is here — in English, Hindi, Tamil, and Telugu. The new trailer sets up how Keanu Reeves' Neo and Carrie-Anne Moss' Trinity — spoiler alert for an 18-year-old movie, both died in 2003's The Matrix Revolutions — are back. It also confirms the role in place for Jonathan Groff (he's talking and behaving like he's a new version of Agent Smith) and teases how the story mirrors the events of the first film, The Matrix. It's clear that the new Matrix movie is going for a cyclical story that will draw heavily on the events from the 1999 original. The Matrix Resurrections is coming to HBO Max (in the US) and cinemas (globally) the week of Christmas.

“We can't see it but we are all trapped inside these strange repeating loops,” Morpheus (Yahya Abdul-Mateen II) says at the start of the new The Matrix Resurrections trailer. There are lots of shots from the fourth Matrix movie interspersed with shots from the first Matrix movie. Before Morpheus' voice comes back: “But it's time for you to show us what is real,” in what sounds like he sounds like he's talking to the filmmakers. Elsewhere, Bugs (Henwick) says this is so déjà vu — which Matrix fans will read as a glitch in the Matrix — and then adds: “Maybe this isn't the story we think it is.”

From The Matrix Resurrections to Spider-Man: No Way Home, What to Watch in December

Morpheus then talks about how Neo was deceived even as he knew that it was a lie, before a visibly-aged Niobe (Jada Pinkett Smith) repeats what we see in The Matrix Resurrections teaser on Sunday. “It's so easy to forget how much noise the Matrix pumps into your head. Something else makes that kind of noise. War.” There's a bunch of action shots in the new The Matrix Resurrections trailer, before Neo talks about how he needs to believe in Trinity this time, given how she believed in him all those years back. We get another glimpse of Neo's new powers in the Matrix, and Groff being a new version of Agent Smith seemingly. The trailer ends with Trinity talking about a dream she saw, and how it ended with her bloodied, opposite Neo on a roof.

Behind the scenes, Lana Wachowski — one half of the Wachowskis who helmed the first three movies, The Matrix, The Matrix Reloaded, and The Matrix Revolutions — returns as director on The Matrix Resurrections. Her sister Lily Wachowski is not a part of The Matrix Resurrections, as she's busy with Work in Progress. Lana is also co-writer on the fourth Matrix movie alongside Cloud Atlas author David Mitchell and The Lazarus Project author Aleksandar Hemon, who worked with the Wachowskis on the Sense8 finale. Daniele Massaccesi and John Toll (Cloud Atlas, Jupiter Ascending) are cinematographers. Joseph Jett Sally (Work in Progress) is the editor. Johnny Klimek and Tom Tykwer (Cloud Atlas, Babylon Berlin) are the composers on The Matrix Revolutions.

Lana is also a producer on the fourth Matrix movie in addition to Grant Hill and James McTeigue. Bruce Berman, Jesse Ehrman, Garrett Grant, Terry Needham, and Michael Salven served as executive producers. Miki Emmrich, Christoph Fisser, Henning Molfenter, and Charlie Woebcken are co-producers. The Matrix Resurrections is a production of Village Roadshow Pictures and Venus Castina Productions. The Matrix Resurrections was filmed on location in Chicago and San Francisco, and on stages at Berlin's Babelsberg Studio. Filming was interrupted due to COVID-19 last year, before resuming August 2020 and wrapping in November 2020.