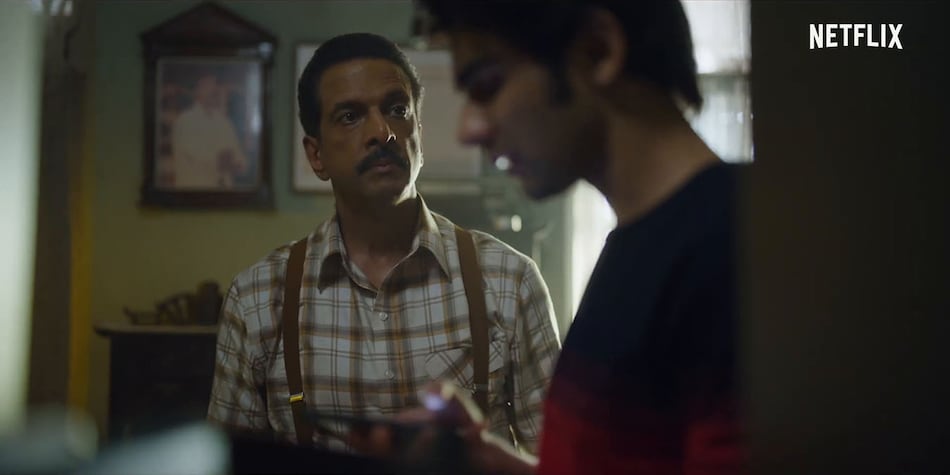 Alongside, Netflix has also given us character descriptions for the primary cast members, including Kamani, Setia, Dutta, Koirala, and Jaffrey.

“Rumi (Kamani) is a quintessential boy next door from the Parsi community in Mumbai. He is an enthusiastic, caring individual and Mumma's boy at heart. He was born to inherit the legacy of becoming a ‘Maskawala' as his family owns one of oldest Irani cafes in Mumbai. But as any 21-year old, Rumi is filled with passion and dreams, he aspires to become an actor. He wants fame and stardom, but he is oblivious and muddled with the blurry line between dreams and delusion.

“As he embarks on this journey to make it big and follow his dreams, but he has to battle dilemmas that are acting as a barrier in this journey, he is confused and blinded by a fantasy. The character grows, develops and finds his true calling through the course of the film. As the story unravels, we see the character bring to light his journey of self-discovery.”

“Persis (Setia) is a warm-hearted, confident, Parsi girl. She is not blurred by the fine line between dreams and delusions, she knows exactly what she wants from life. For her every human is an untold story and she wants to explore these stories and bring it to notice. She often used these untold anecdotes at Rumi's cafe as fodder for her blog. Her character has a hint of childlike innocence, her passionate nature and a sense of youthful exuberance makes her a likeable character.”

“Mallika (Dutta) is a charming and intelligent girl with an alluring personality. She has layers to her personality which makes her character very complex. Mallika is a struggling actor living in Mumbai, she has behind her past life to follow her dreams and pursue a career in acting. She is an incredibly talented girl and her zeal for acting reflects in her performance, she always acts as a source of motivation for Rumi and constantly motivates him to snap out of his comfort zone and follow his dreams.”

“Diana (Koirala) is the archetypal mother and her life revolves around her son. She, like any mother, is extremely protective of Rumi and wants what's in her son's best interest. She has faced many hardships and has made countless sacrifices. She wants Rumi to take responsibility and carry the lineage of the Rustom Cafe. She hopes for Rumi to support his father, both professionally as well as emotionally.”

“Rustom (Jaffrey) is passionate about his Parsi culture and heritage. He took on and carried the baton of ‘Rustom Cafe' continuing the legacy of his family and forefathers. His character in the film is shrouded in secrecy & mystery and as the film unravels, the viewers find out about this mystery. He is a funny and jovial man but also has the traits of being a strict disciplinarian. He loves Rumi and wants him to follow his calling.”

Maska is out March 27 on Netflix in India and across the world.