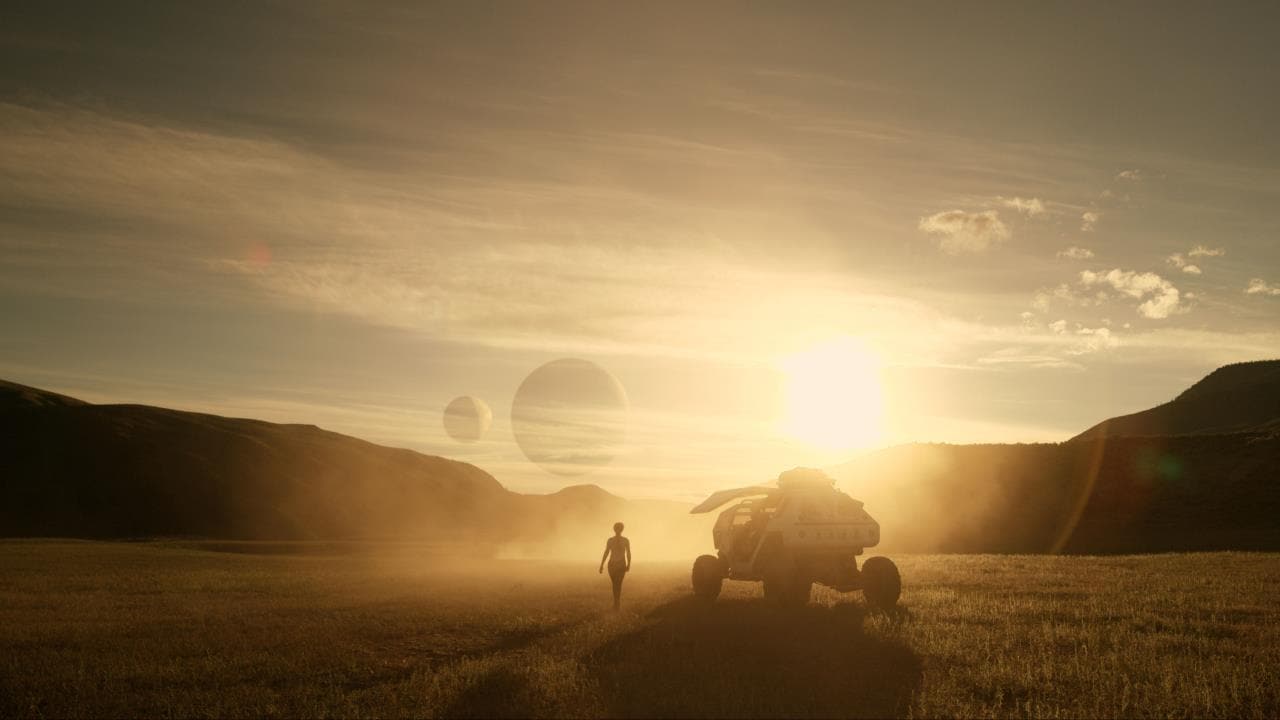 Netflix has given us the first look at Lost in Space, the modern-day reboot of Irwin Allen's classic 1965 sci-fi series, which follows the pioneering space-colonists Robinson family, who find themselves in unknown alien territory after their spaceship veers off-course in a space-time incident. Toby Stephens (Die Another Day) and Molly Parker (House of Cards) play the lead parents.

Created by writing duo Matt Sazama and Burk Sharpless – their credits include Dracula Untold, The Last Witch Hunter, and Gods of Egypt – the first season of Lost in Space, a total of 10 episodes, will release on April 13, globally on Netflix. In a new marketing move, Netflix says it has already screened the pilot episode for astronauts aboard the International Space Station, earlier this month.

Set thirty years in an alternate future, where space colonisation is already a reality, the Robinson family is among those chosen to extend humanity beyond Earth. But as is necessary in any sci-fi drama, bad things immediately happen. Due to a rip in spacetime, they find themselves torn off course, and end up on an unknown planet light years away from their original destination.

Stephens plays John Robinson, father and expedition commander, while Parker is in the role of Maureen Robinson, mother and a "brilliant" aerospace engineer, who decides to take her entire family to space. That includes the three Robinson children: Judy (Taylor Russell), Penny (Mina Sundwall), and Will (Maxwell Jenkins).

They aren't alone on this journey, though. There are two outsiders along with the Robinsons, "who find themselves thrown together by circumstance and a mutual knack for deception". Here's the rest of the official description:

The unsettlingly charismatic Dr. Smith (Parker Posey) is a master manipulator with an inscrutable end game. And the roguish, but inadvertently charming Don West (Ignacio Serricchio) is a highly-skilled, blue collar contractor, who had no intention of joining the colony, let alone crash landing on a lost planet.

The famed The Robot from the original Lost in Space will return in a different form. We're guessing it's either an AI, or Raza Jaffrey (Code Black, Homeland) who plays a new character called Victor, who wasn't in the 60s series. According to a Netflix description given to Deadline last year, he's described as:

"Well groomed, educated and officious man with a sense of entitlement. Victor has been a career builder and politician from a young age. There is arrogance and impatience about him. All this masks the underlying fear that he'll one day be found out — that he isn’t quite good enough."

Zack Estrin, who wrote and produced multiple Prison Break episodes during its original run, serves as the showrunner. Neil Marshall, the director of the 2019 Hellboy reboot, in addition to Game of Thrones episodes, and the 2002 cult horror-comedy Dog Soldiers has directed several episodes. The show has been produced by Legendary Television, Synthesis Entertainment, and Applebox.