Is he travelling through time — or just a tourist? 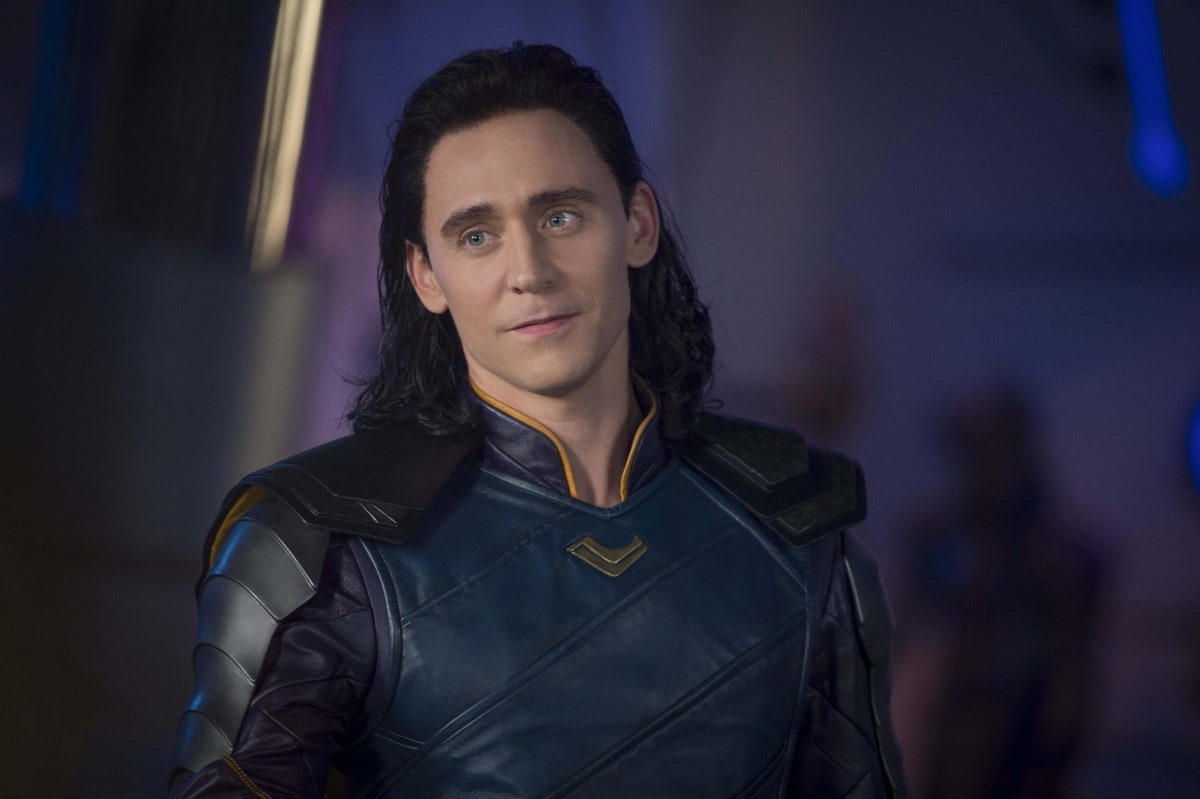 We have the first look at the Tom Hiddleston-starrer Loki miniseries that is slated to debut on Disney+ in 2020-2021, courtesy of new images from Disney's April investor meeting, where all of its subsidiaries — Marvel, Pixar, Lucasfilm, National Geographic, and Disney itself — pitched what they will be bringing to the streaming service over the first couple of years after its launch in November in the US. Marvel Studios president Kevin Feige was naturally on hand to talk up their offerings, which includes exclusive premieres (in the US, at least) for all future Marvel movies, including Avengers: Endgame, in addition to multiple miniseries that will be connected to the Marvel Cinematic Universe, such as Loki.

The Loki Disney+ series first look — visible in a rather blurred state behind Feige in the image below — suggests that Hiddleston's character will be travelling through time, given you can read Jaws on a theatre billboard in the background, and the vintage cars he's standing next to. This means that some part of the Loki miniseries will take place in the mid-1970s, considering that's when Jaws was in cinemas. Loki's presence in the seventies raises some interesting questions. Said decade has largely remained unexplored on the big screen in the MCU, outside of a single visit to 1970 in Endgame by Iron Man and Captain America to retrieve the Tesseract / Space Stone and Pym Particles.

Is it possible that this time-travelling Loki is the one who grabbed the Tesseract during Endgame and escaped through a wormhole? That reality should cease to exist the moment Captain America went back in time and put the Tesseract where it belonged, but it's still fertile ground for Marvel Studios to explore some wild scenarios. With the Loki Disney+ series not releasing until the end of next year at the least, we might have to wait a while to find out. Hopefully, we will get something before that.

Loki is one of three Marvel series currently in the works at Disney+, alongside The Falcon and The Winter Soldier, arriving in 2019-2020, and WandaVision, following Scarlet Witch and the Vision, releasing 2020-2021. A fourth, centred on Hawkeye, has been reported but not confirmed.