Alongside Indian premieres of series such as Love Life, No Man’s Land, and The Goes Wrong Show. 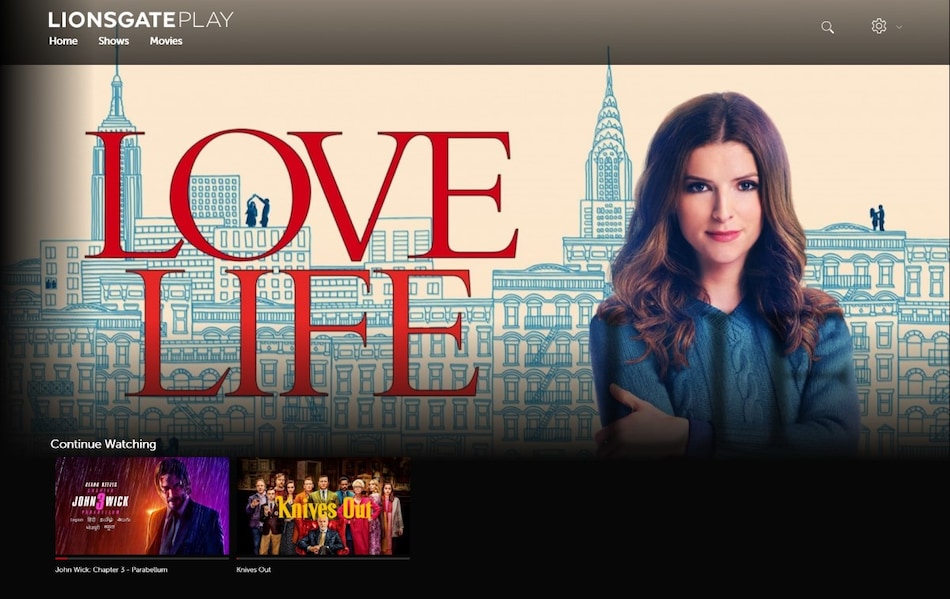 Lionsgate Play is now live, officially. Three and a half weeks after a beta soft launch, the Hollywood studio best known for John Wick and The Hunger Games has kicked off its app operations and revealed its plans for the Indian market. On top of the American movies and TV shows, Lionsgate will deliver “high-budget premium Indian originals” starting in 2021. For this, Lionsgate has tied up with the likes of Anil Kapoor, Mukesh Bhatt, Kunal Kohli, and Akarsh Khurana, and studios such as Endemol Shine. No details are currently available on any of Lionsgate Play's Indian originals.

Its slate of originals will be “urban,” “edgy,” “slice-of-life,” “comedic,” and feature “untold, provocative stories,” Lionsgate South Asia Managing Director Rohit Jain told reporters over a virtual conference on Wednesday. Starz CEO and President Jeffrey A. Hirsch, who was also present on the Zoom call, noted that all Lionsgate Play originals must have global appeal, so they can be carried outside India too. Starz, owned by Lionsgate, is a pay-TV network in the US and operates the similarly named StarzPlay streaming service in more than 26 countries. Lionsgate has plans to expand into 55 countries soon.

Some of its international originals are already known. Lionsgate Television is developing a John Wick spin-off called The Continental, that will serve as a origin story for the hotel that allows hired guns to conduct non-lethal business on its grounds. Then there's Becoming Elizabeth, an eight-episode limited series about how Queen Elizabeth I — to be played by Alicia von Rittberg — rose to the throne.

As you can tell, the focus is on adult content, something Hirsch noted during the announcement. Hirsch said that they are not interested in appealing to people of all ages, as do all the big streaming services — the likes of Netflix, Disney+ Hotstar, and Amazon Prime Video referred to but not named — and are happy to have a narrow focus. He believes that makes them a complementary offering to the big players, and as such, will help them survive in a competitive environment that has already consumed others (Viu in India, and Quibi in the US).

Lionsgate Play is further helping itself with its pricing (Rs. 99 per month or Rs. 699 per year) and local language support (many titles are dubbed in Hindi, Tamil, Telugu, Marathi, Kannada, and Bhojpuri). It doesn't have a lot in way of content though — at a glance, it seems to have fewer than 100 movies and TV shows as of now. In December, it will add just seven new titles.

For what it's worth, Lionsgate Play is behind the Indian premiere of a few series, including Anna Kendrick-led Love Life (the first HBO Max offering in India), British comedy series The Goes Wrong Show, and war epic No Man's Land from Fauda producers.

Still, there's no getting rid its biggest annoyance, as we noted previously, in the giant Lionsgate Play watermark that appears everywhere in the top-right corner.