The Lion King Out Now in India in English, Hindi, Tamil, and Telugu 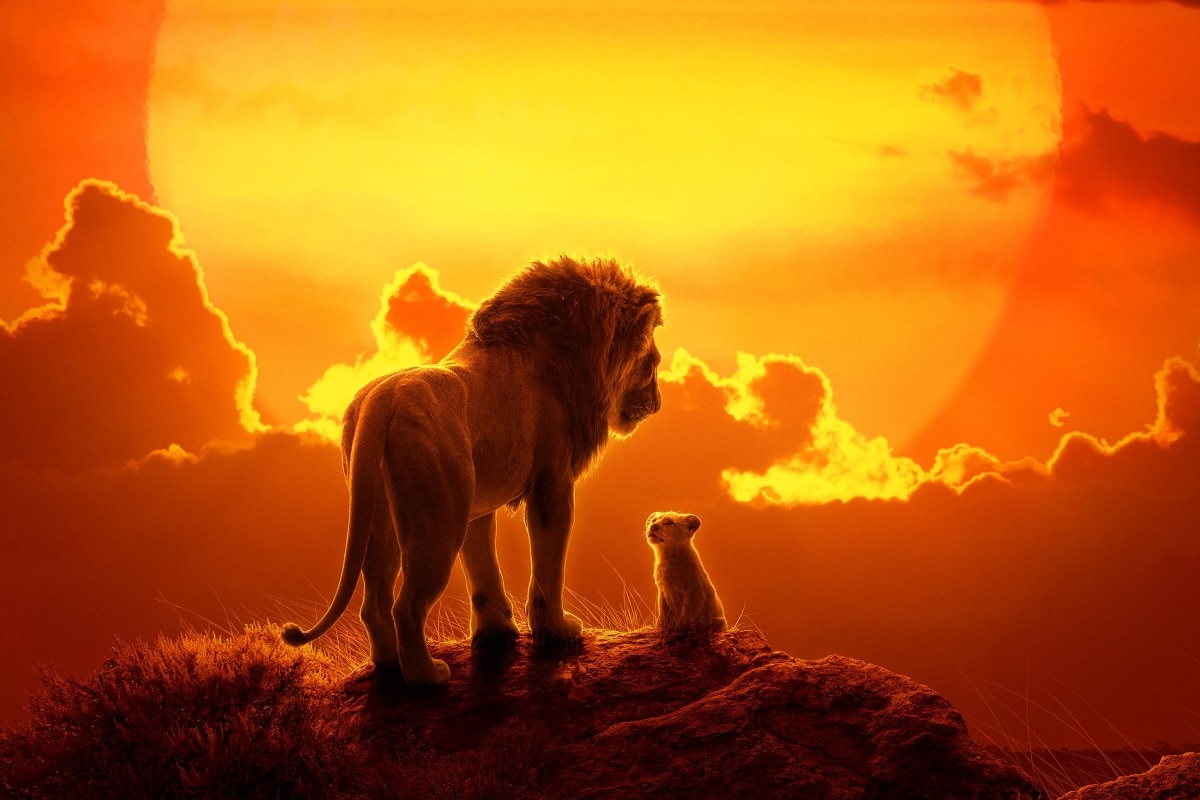 The Lion King is out now in cinemas across India in English, Hindi, Tamil, and Telugu. Directed by Jon Favreau — best known for helming 2016's The Jungle Book, 2008's Iron Man, and 2014's Chef — and made with the same technology magic that powered his Mowgli remake, the new Lion King is a photorealistic computer-animated remake of the traditionally animated, beloved 1994 original. In common parlance, that means The Lion King looks like it features real lions, which is why some have been calling it a “live-action” remake, but not a single animal or bird was filmed.

Tickets have been available in India for The Lion King since last weekend. Depending on where you live and the theatre you opt for, you can catch the new Lion King movie in IMAX 3D, RealD 3D, 3D, or plain ol' 2D. As you'd expect, The Lion King is rated “U” in India, which means kids of all ages can go see the movie by themselves. Adults don't need to accompany them. Other useful info: there are no post-credit scenes in The Lion King. That said, it does run half an hour longer than the original, because Favreau wanted to “give it more dimension not just visually but both story wise and emotionally”.

As for the Hindi-language dub, The Lion King remake features Shah Rukh Khan as Mufasa, Aryan Khan as Simba, Ashish Vidyarthi as Scar, Shreyas Talpade as Timon, Sanjay Mishra as Pumbaa, Asrani as Zazu, Shernaz Patel as Sarabi, Achint Kaur as Shenzi, and Neha Gargava as Nala. Sunidhi Chauhan and Armaan Malik lend their voices to the Hindi soundtrack as Nala and Simba, respectively.

Over in the Tamil-language version, Siddharth is Simba, P. Ravi Shankar is Mufasa, Arvind Swamy is Scar, Manobala is Zazu, Aishwarya Rajesh is Nala, Singampuli is Timon, and Robo Shankar is Pumbaa. Lastly, the Telugu-language dub of The Lion King features Nani as Simba, P. Ravi Shankar as Mufasa, Jagapathi Babu as Scar, Ali as Timon, Brahmanandam as Pumbaa, and Lipsika as Nala.

Here's the official synopsis for The Lion King, via Disney:

“Director Jon Favreau's all-new The Lion King journeys to the African savannah where a future king is born. Simba idolises his father, King Mufasa, and takes to heart his own royal destiny. But not everyone in the kingdom celebrates the new cub's arrival. Scar, Mufasa's brother — and former heir to the throne — has plans of his own. The battle for Pride Rock is ravaged with betrayal, tragedy and drama, ultimately resulting in Simba's exile. With help from a curious pair of newfound friends, Simba will have to figure out how to grow up and take back what is rightfully his.”

If you'd interested in re-watching the original, The Lion King is available on both Hotstar and JioCinema, with the latter offering English, Hindi, Tamil, and Telugu. The 2019 remake will be available on streaming services sometime next year in India. With Disney+ not set to arrive in Asia for the next couple of years, expect it to drop on Netflix or JioCinema.

Samsung to Introduce One UI 2.0 With Android Q, Galaxy S11 to Come With One UI 2.1: Report