It has a very Handmaid’s Tale vibe to it. 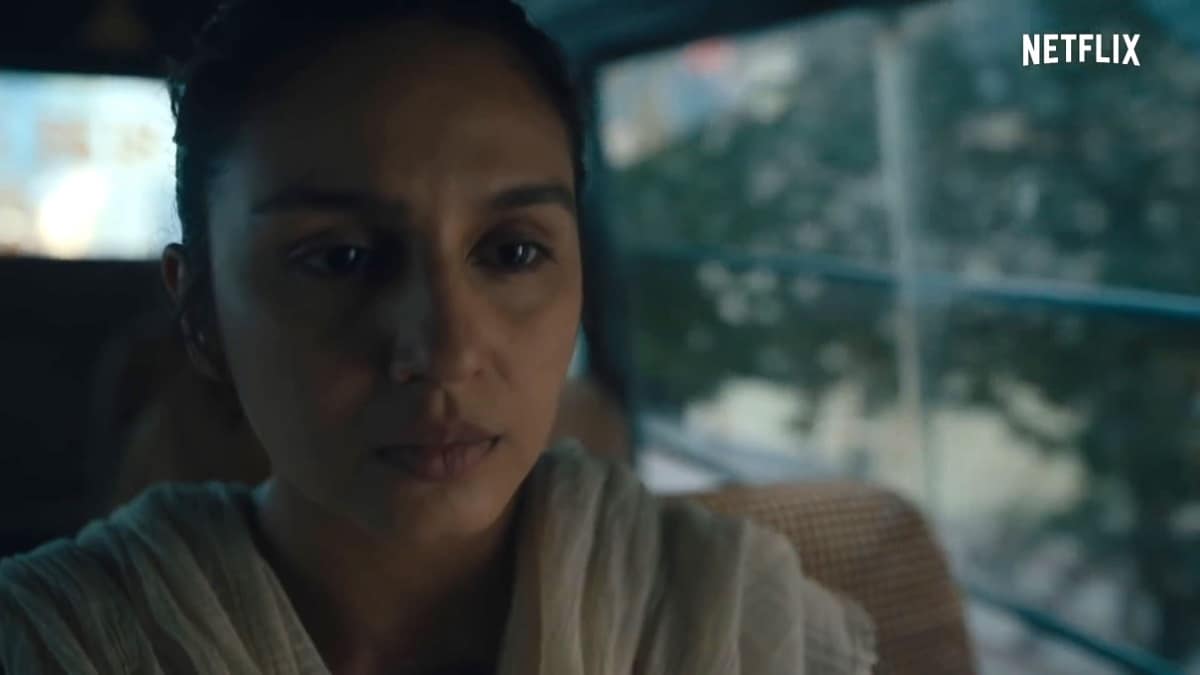 Huma Qureshi as Shalini in Leila

Netflix has released a full-length trailer for Leila, its next Indian original series based on journalist-turned-writer Prayaag Akbar's 2017 dystopian book of the same name. With Indo-Canadian filmmaker Deepa Mehta (Elements trilogy) as director and creative executive producer, Leila stars the likes of Huma Qureshi (Badlapur), Siddharth (Rang De Basanti), Rahul Khanna (Bollywood/Hollywood), Seema Biswas (Bandit Queen), Akash Khurana (Barfi!), Sanjay Suri (My Brother... Nikhil), and Arif Zakaria (Nanak Shah Fakir) among others. Set in the near future in a surveillance state, Leila is about a mother's search for her daughter that was taken from her.

The new Leila trailer introduces its fictional dystopian setting: Aryavarta, a totalitarian regime that has divided society along the tenet of ‘purity', with physical walls further separating a digitised city into sectors manned by heavily-armed guards. Broadcasts in the background set up the figure of Aryavarta, who is hailed by many while a few revolutionaries attempt to protest elsewhere. It then introduces its protagonist mother Shalini (Qureshi), who we are told married outside her “community” — Khanna plays her husband — and in turn gave birth to a “mixed-blood” daughter.

Some Aryavartya goons break into Shalini's home one day, separating the family and possibly killing her husband. Shalini is pushed into the Aryavarta cult system, forced to take pills that might possibly be toying around with her mental state, while she's forced to undergo religious indoctrination. Somehow, Shalini sets out to find her daughter and meets the gun-toting Bhanu (Siddharth) on her journey. The city, which looks like a modified version of Delhi, also seems to have out-of-control pollution, forcing the common folk to wear masks that are more in place around biological toxins.

Further shots in the new Leila trailer also reveal a society facing a scarcity of drinking water, and human settlements amidst overflowing landfills (which one could argue is already the case today in a few places). Shalini eventually finds out that “mixed-blood” children are taken away by the government, which has ties to something known as ‘Project Balee'. In Hindi, the word ‘balee' means sacrifice or oblation, which suggests that the “mixed-blood” children are possibly being offered up to God. There's more than a hint of The Handmaid's Tale to Leila from its themes and visuals, though it's naturally more Indian in the specifics.

In addition to Mehta, Shanker Raman (Gurgaon), and Pawan Kumar (Lucia) have also directed episodes of the Netflix Indian series. Urmi Juvekar (Oye Lucky! Lucky Oye!) was named as the showrunner in the original announcement, but her name has been conspicuously missing ever since. Gadgets 360 had reached out to Netflix for comment in March, but the company never responded.

Here's the official synopsis for Leila, from Netflix:

“India's first dystopian story, Leila is set in an imagined world, Aryavarta, in which there is great suffering, extreme and totalitarian rules of engagement and fictional extremes constructed around an obsession with purity, communal and divisive societal dramas and grit. Leila is the story of a mothers' imperishable maternal love for her daughter set in the political and emotional dystopia of Aryavarta.”

Leila is out June 14 on Netflix in India and across the world.