Justice League ‘Snyder Cut’ to Release in 2021 on HBO Max

It will reportedly be a four-hour movie or a six-part miniseries. 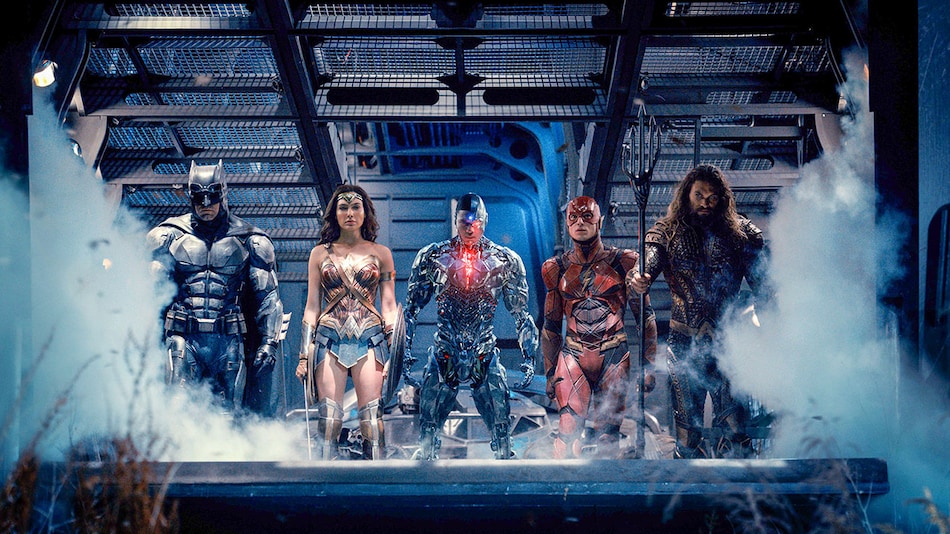 Justice League “Snyder cut” is actually, finally, happening. During a live stream watch party for Man of Steel on Wednesday, director Zack Snyder revealed that his director's cut of Justice League will release in 2021 “exclusively” on the upcoming streaming service HBO Max. Warner Bros. Pictures and HBO Max confirmed this with an announcement of their own soon after. It will reportedly release as either a four-hour movie or a six-part miniseries. With that, the two-year-long fans-led campaign for Snyder's version of Justice League — carried under the hashtag #ReleaseTheSnyderCut — has paid off.

“I want to thank HBO Max and Warner Brothers for this brave gesture of supporting artists and allowing their true visions to be realized,” Snyder said in a statement. “Also a special thank you to all of those involved in the Snyder Cut movement for making this a reality.”

Snyder had to step down from the DC Comics film midway through post-production due to a family tragedy. Joss Whedon (The Avengers), who had been brought on by Snyder to work on additional scenes, took over. Whedon then decided to write and shoot new scenes, which pushed Justice League's budget to $300 million (about Rs. 2,273 crores). After the film failed critically and commercially, fans began wondering how it would have turned out if Snyder had stayed on.

“Since I got here 14 months ago, the chant to #ReleaseTheSnyderCut has been a daily drumbeat in our offices and inboxes,” said WarnerMedia's entertainment and direct-to-consumer chairman, Robert Greenblatt. “Well, the fans have asked, and we are thrilled to finally deliver. At the end of the day, it really is all about them and we are beyond excited to be able to release Zack's ultimate vision for this film in 2021. This could never have happened if it weren't for the hard work and combined efforts of the teams at HBO Max and Warner Bros. Pictures.”

“When Zack and Debbie shared the extraordinary vision of where Zack wanted to take Justice League, my team and our counterparts at Warner Bros. took it as a mission to solve the many issues that stood in the way,” said HBO Max's chief content officer, Kevin Reilly. “Thanks to the partnership at Warner Bros. and the relentless pursuit of the entire WarnerMax team we are able to deliver this incredibly exciting moment for Zack, the fans and HBO Max.”

But it's worth pointing out a few things here. For one, a report claimed that Snyder's original cut was deemed “unwatchable”. Two, Snyder has wholly helmed two DC films, which haven't fared any better critically. The aforementioned Henry Cavill-led Superman origin story Man of Steel, and the Ben Affleck, Cavill-starrer Batman v Superman: Dawn of Justice have a “rotten” 56 and 28 percent rating, respectively, on reviews aggregator Rotten Tomatoes. Three, a producer said 80–85 percent of Justice League belonged to Snyder, though the director disputed that and put the figure at 25 percent.

Now, Warner Bros. Pictures and HBO Max — sister companies under the WarnerMedia umbrella — will spend another $20–30 million (about Rs. 151–227 crores) on the Justice League “Snyder cut”, according to The Hollywood Reporter. That includes Snyder working with the original crew on visual effects and background score. It's possible that Justice League cast members will also return, if any new dialogue has to be recorded. Eventually, that will result in either a four-hour movie or a six-part miniseries.

Still, this is great news for DC fans. And it's obvious that HBO Max — launching next week in the US only — is counting on them to make back the tens of millions it's spending on Justice League “Snyder cut”, in the hopes that the goodwill it's earned as a result of this fan service will result in more subscriptions.

For those outside the US, HBO Max has limited international plans at the moment. It's scheduled to launch in 2021 in Latin America and parts of Europe, where HBO is already established as a premium cable TV channel or streaming service. But in the rest of the world, WarnerMedia plans to continue working with existing partners. It's possible that the Justice League “Snyder cut” will be available on Disney+ Hotstar in India, but that's just a guess on our part.

Twitter Is Testing New Feature to Let You Limit Replies to Your Tweets
Aarogya Setu App Mandatory for Airline Passengers, No Entry Without 'Green' Status